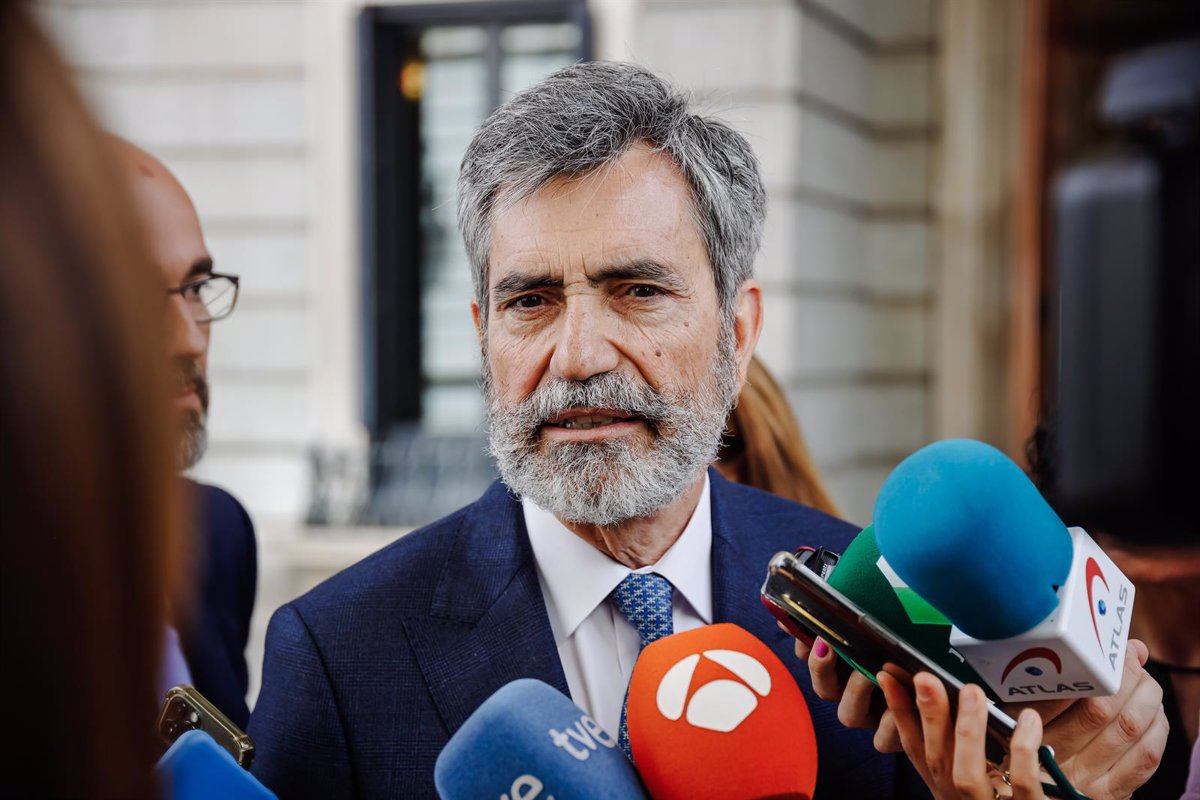 The President of the General Council of the Judiciary (CGPJ) and the Supreme Court (TS), Carlos Lesmes, reiterated this Friday that the governing body of judges must “seek” to nominate its two candidates for the Constitutional Court (TC). scheduled, i.e. before September 13th, which cannot be guaranteed, however, because it ultimately depends on the “war of will” among the members.

“We must try to meet the deadline because for us it is imperative, it is in the law,” he said in press statements during an awards ceremony at the CGPJ, when asked about the possibility of the agreement in council going ahead with his two candidates for the TC comes after September 13th.

In order to arrive on time, he explained that he had scheduled the extraordinary plenary session for September 8 and called on the other 18 members who currently make up the CGPJ to reach an agreement around the two judges of the TC.

“And I hope that it will be achieved, but I also cannot give any certainty because it requires a declaration of will in one person,” he pointed out, adding that “that can be a difficulty because in other cases it is like that.” . .

In this context, he explained that “appointments to the Council are never easy because they require a majority”, which in this case must require at least twelve votes in favour.

However, he has stressed that “the ideal” is for it to be agreed on the same day8. To this end, he has said that the practice of the CGPJ “usually” is that “there are always prior discussions”, to pave the way for voting in plenary. But “it’s not always achieved,” he stressed.