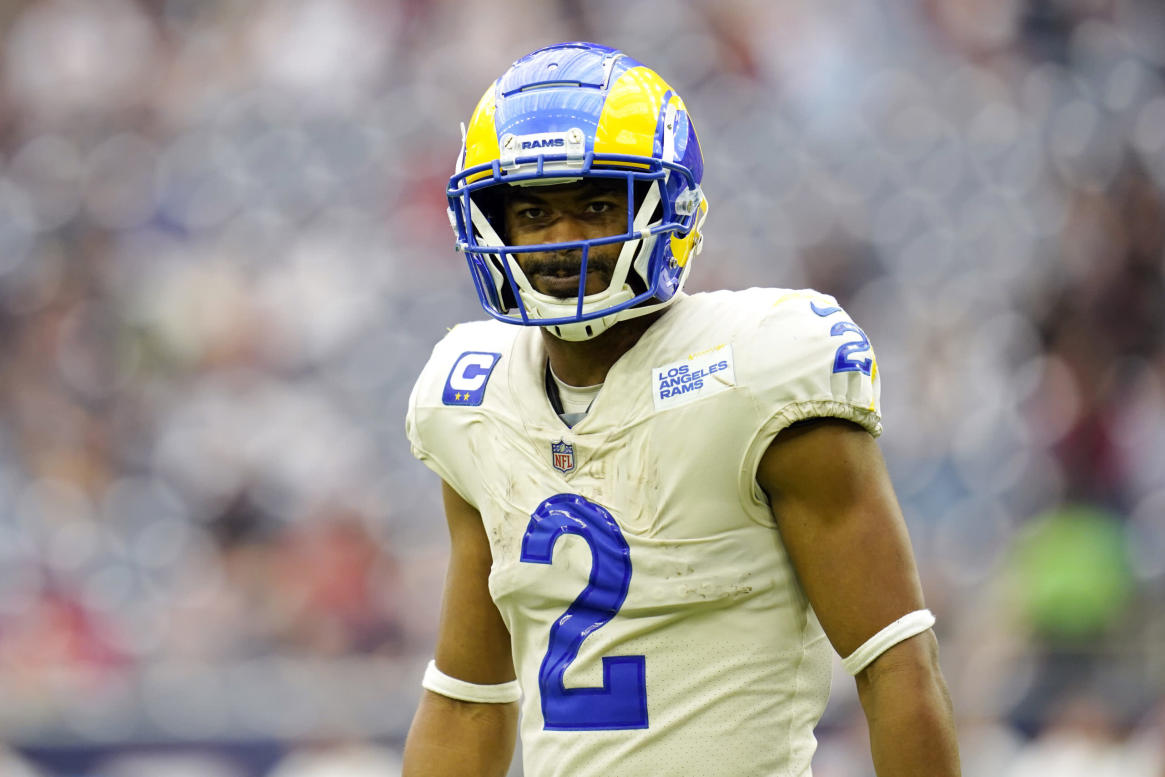 The first question fans asked when the Los Angeles Rams traded Robert Woods to the Tennessee Titans was “why?” It was a move that upset many fans in Los Angeles, even after the excitement that the signing of Allen Robinson brought.

The salary cap was a big factor in the trade, but it wasn’t the only variable that led the Rams to trade the veteran receiver to Nashville. Les Snead explained Tuesday that he, too, had to do with wanting a different skill set at wide receiver, as well as wanting to let his younger players continue to develop.

“Obviously we’re fortunate to have been very successful since 2017 and Rob is a big part of that. We would not have been as successful as we have been since 2017 without Rob,” Snead said. “There are some variables involved when you go past a mainstay player like Robert and obviously the cap situation is one. Skill diversity is another with our five picks and we try to bring in different genders to help us move the ball, get first downs, have explosives, touchdowns. And also continue the evolution of some of our players like Van Jefferson who have rookie contracts. So those three variables really go into that decision.”

All of this makes sense. The Rams saved about $7 million in cap space by trading Woods, which was helpful. They also brought in Robinson, who is 6-foot-2 and one of the best contested catch receivers in football. While Woods is a player similar to Van Jefferson and Cooper Kupp, Robinson has traits unlike any of them.

The Rams have also poured a lot of capital into the wide receiver position, with Jefferson, Tutu Atwell, Jacob Harris and Ben Skowronek all hoping to contribute in one way or another next season. Woods would have made it harder, even if he’s clearly a better player than all of them.

The Rams saw the opportunity to replace Woods with Robinson as a net positive, and while that’s up for debate, we’ll soon find out if it was a good move.

Winners and losers of Rams offseason moves so far

- Advertisement -
Share
Facebook
Twitter
Pinterest
WhatsApp
Previous articleOperation “WAG Godmother”: the US secret service investigates against the Abou Chaker clan, a Brazilian smuggler and the foundation of a former Bundesliga star
Next articleMadeleine Albright: America’s First Secretary of State Dies of Cancer at 84