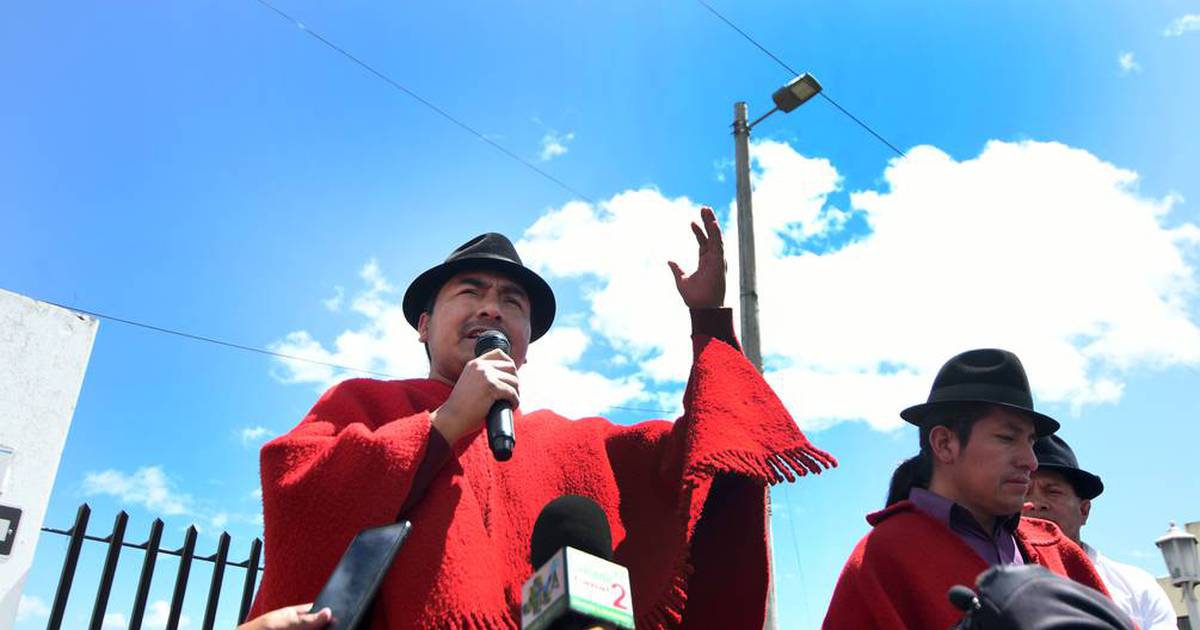 The President of CONAIE, Leonidas Iza, in Plaza Indoamerica (Central University) addressed thousands of indigenous people and called for caution and to arrest those who want to provoke excesses or clashes in their march towards the House of Ecuadorian Culture (CEC).

However, he confirmed that they will withdraw from the capital once the government settles the 10 points raised weeks ago by this organization. Moreover, he rejected the incidents at the Parquet and asked to be heard with the “infiltrators” who seek to delegitimize the struggle.

“I ask that we can control each other, there will be criteria, gossip, speculation that will enter our hearts and our heads. Anyone who overdoes it and will harm the fight, we must catch him and control it.”

“We cannot tolerate anything that destroys our fight. The only way to control this is with our community organizing ability. It is not simply a question of coming to face, but of making visible the millions of Ecuadorians who get screwed every day”.

Iza stressed that everyone’s life must be protected and blamed the attacks that were given to the Public Prosecutor’s Office. “We came back with the victory by 10 points. If you don’t want to hear those 10 points, don’t blame us for taking another step.”

“Let us control our young people, they have this momentum of the force of the rebellion. I don’t want to take brothers and sisters who have lost their lives. I want to carry on our shoulders the triumph of all of us”.

“We are going to ask the national police, the military. If a roof is not given to the Maison de la Culture, it is simply not possible to advance further. I ask young people to control themselves. To take care of the cultural heritage of Ecuadorians, the people who see them throwing stones, stop them there”.

Finally, it was learned that indigenous women will be the ones leading the peaceful march along Patria Avenue on this eleventh day of protests.