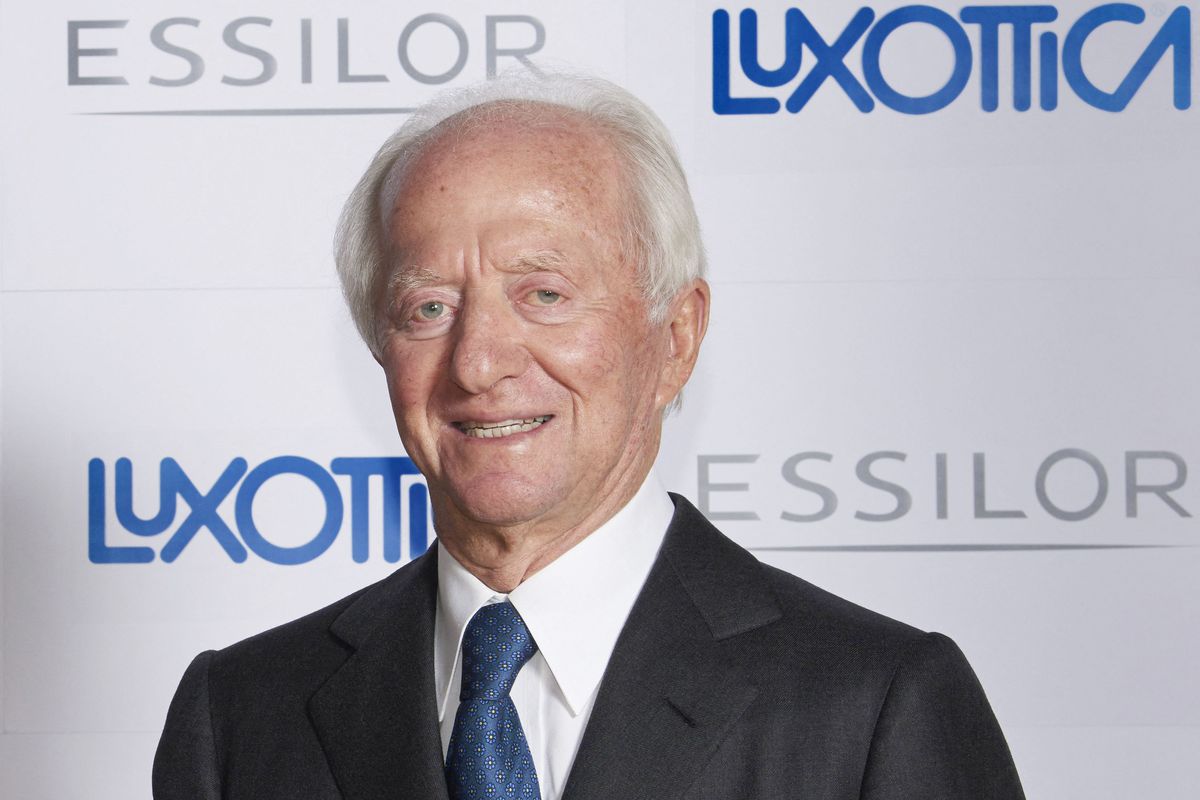 There is an obituary model for great entrepreneurs that so often fits into the story of the self-made man, into the fortune built from scratch. However, this American myth of the businessman defies the rigorous analysis of a few biographies. Leonardo Del Vecchio (Milan, 1935 – Milan, 2022), the second richest person in Italy – behind Giovanni Ferrero – owner of the largest optical industry empire in the world, responds to this profile without exaggeration. He died of pneumonia in Milan on Monday at the age of 87, leaving behind a huge corporate conglomerate he built six decades ago from a saddle factory in Belluno, northern Italy.

Leonardo del Vecchio, founder of Luxottica and CEO of EssilorLuxottica, the largest manufacturing and distribution company in the world of optics, grew up in the Martinitt orphanage, where he was abandoned at the age of seven by his parents, emigrants from southern Italy (Puglia). ), to be able to work and to feed a very modest family. In a country steeped in family capitalism, far removed from nepotism or consanguinity in business, its history is even more valuable. At the age of 14 he found work as a waiter at Johnson, a trophy factory. And in the afternoon I studied design in Brera (Milan). “Growing up without a family is something you can’t explain unless you’ve lived it. It marks you,” he explained in his recently authorized memoir.

The origin of Luxottica, whose last bet was the smart glasses with virtual applications, was practically accidental. At the age of 26 he moved to Agordo, in the province of Belluno, where the mountain community had offered land to those who decided to set up businesses in the area. There he built the first factory for eyeglass frames. From 1969 he became the sole owner of the company, and since then the company has continued to grow internationally through various acquisitions. In 1981 he made his first international leap with the purchase of the American brand Avantgarde. But it was only the beginning of a major expansion.

Del Vecchio, also majority shareholder of Mediobanca and Generali, took the company first to the New York Stock Exchange in 1990 and then to the Milan Stock Exchange ten years later. Luxotica continued its expansion by acquiring another optical giant, Oakley, based in California and focusing on the manufacture of sports glasses. On October 1st, 2018, Luxottica merged with the French company Essilor and gave life to the new colossus EssilorLuxottica with a turnover of 50,000 million euros, around 80,000 employees and more than 9,000 stores. Today, the giant also includes brands such as Ray-Ban.

The personal nature of running the company, even when it had become a giant, prevented him from completely breaking away from his government. On July 27, 2004, Del Vecchio had decided to hand over his position as CEO to Andrea Guerra, but it is said that during a meeting in 2014, Del Vecchio handed him a piece of paper telling him that the company ” the Del family. Vechio”. A warning that he would retake power. “It was Del Vecchio who had the final say in all the company’s decisions, not just the strategic ones. After all, it was always like that, after all it was the secret of his success”, he writes in his biography of Tommaso Ebhardt.

Prime Minister Mario Draghi also mourned his death in a note published by Palacio Chigi. “He has been a protagonist in the Italian business world for more than sixty years and has founded one of the largest companies in the country, from very humble beginnings. Knight of Labor since 1986, he has always combined international openness with attention to social aspects and the territory”. His six children, heirs to his business and legacy, must now continue that line.