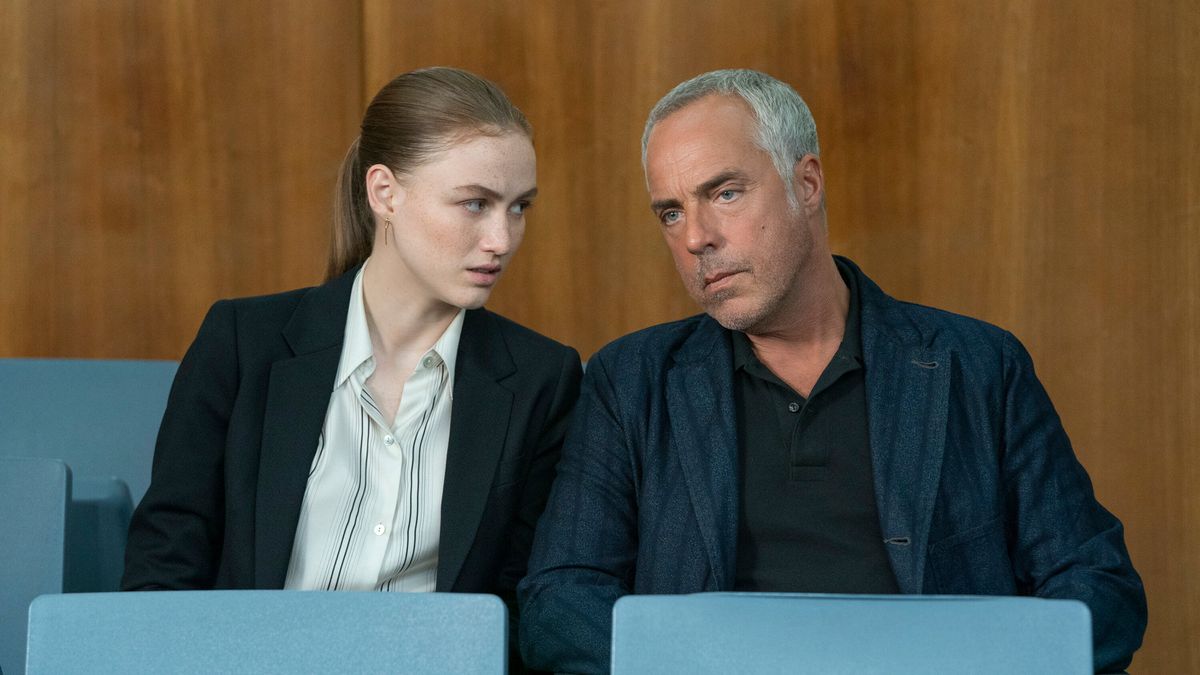 I was one of those who believed that Bosch was truly over when it aired its final chapter in June 2021. I should have guessed that wasn’t because it opened up two storylines: when the hero surrenders his Los Angeles Police Department badge and leans out of a window to ask for a private investigator’s license, and when his daughter Maddie steps in processed into the body her father just left. But both promises also functioned as elegant conclusions. Everything was collected, there was no will to stretch the chewing gum, although readers of Michael Connelly’s novels know that they never end. Hence the premiere of Bosch: Legacy (Prime Video) was a surprise encore, as if the group took the stage when half the audience had already left. And the new series (I refuse to write a sequel, I reserve that noun for diseases) is nothing more than an addition to the original. It’s not less either.

like the encores, heritage it’s a reward for perseverance for the most voracious spectator. You can change the title, the credits song, and some characters, but it’s another season that picks up the story from where it left off, forcing some key things to change. The most important thing is that it is no longer a police series as Harry Bosch is a private detective. The Hollywood Police Station, the main stage, is transformed into a side set that hosts the action of Maddie Bosch, a trainee police officer. That procedural part that drew me most to the series is gone, and its characters will be greatly missed: Chief Billets, the ambitious and disturbing Boss Irving, and the loyal and tormented Edgar. Luckily, it follows the comedic couple Johnson and Moore, the two retired cops who are helping Bosch on his missions in retirement.

With the loss of police blue (or black and white, like Los Angeles patrol cars), the tone reverts to a classic black register. In one of the main storylines, a dying millionaire hires Bosch to find a girlfriend from seventy years ago if he can appoint a prodigal son as his heir. The old man lives in a Spanish-style mansion that looks foreign the eternal dream by Raymond Chandler, and the characters exude the disenchantment of classic 1940s movies.

From there, the scripts insist on collecting all the clichés of the genre, adding a few drops of spy movies and a torrent of action movies, with a ruthless assassin copied from Lara Croft. Only the body of Titus Welliver, increasingly leathery and with distant echoes of the wiliest Bruce Willis, manages to fuse what without him would be a pastiche without a head or a tail, with plots that are not connected and do not come to express themselves sharply , partly because the new characters don’t have the appeal of the old ones. Perhaps it works because of the inertia of seasons gone by, or because Bosch’s universe—that city of Los Angeles with harsh skylights, full of sharp edges and rusty gates—is autonomous and drawn so well that it stands up to anything. Or maybe it’s the generosity of a loyal viewer who would by now watch the series even if it consisted of a fixed shot of Harry Bosch listening to John Coltrane records while eating chips.

Tradition cannot be ruled out as a criterion for judging a series. It may not sound very strict, but it is an important issue. The series presents its audience with a long, almost conjugal relationship, and there comes a point when the spouses, if they haven’t divorced, forgive everything. That doesn’t stop us from seeing the shortcomings, and we have to admit that hanging up his uniform didn’t do Bosch any good. His character was much more rounded when he was being paid by the City of Los Angeles, and his dilemmas alluded to the quest for justice and the limits of the law, rather than revenge as is the case now. He’s been a bit lost since registering as self-employed, and we suspect he’ll have more trouble with the quarterly VAT return than with the numerous crimes he commits to solve his cases.

In this sense, the metaphor of the house is one of the loose threads. The series begins with an earthquake that almost knocks Bosch’s hanging house down a cliff, forcing him to move to the couch at the office. The cracks in the house, an allegory of the moral cracks that have appeared in the protagonist, is a cheerful and powerful symbol that, like so many other things, gets lost in the pastiche of the Russian mafia, police violence, revenge by lawyers and spies on technology by Vanguard.

But none of that matters, as Welliver’s mere onset, with his pithy laconicism, comforts the convinced viewer, who is always grateful for an encore from his group, even when the singer is out of tune and they’re not playing their favorite songs. We were happier at the Hollywood police station, but after so many episodes we won’t let the character down now that he needs us to pay his freelance fee.