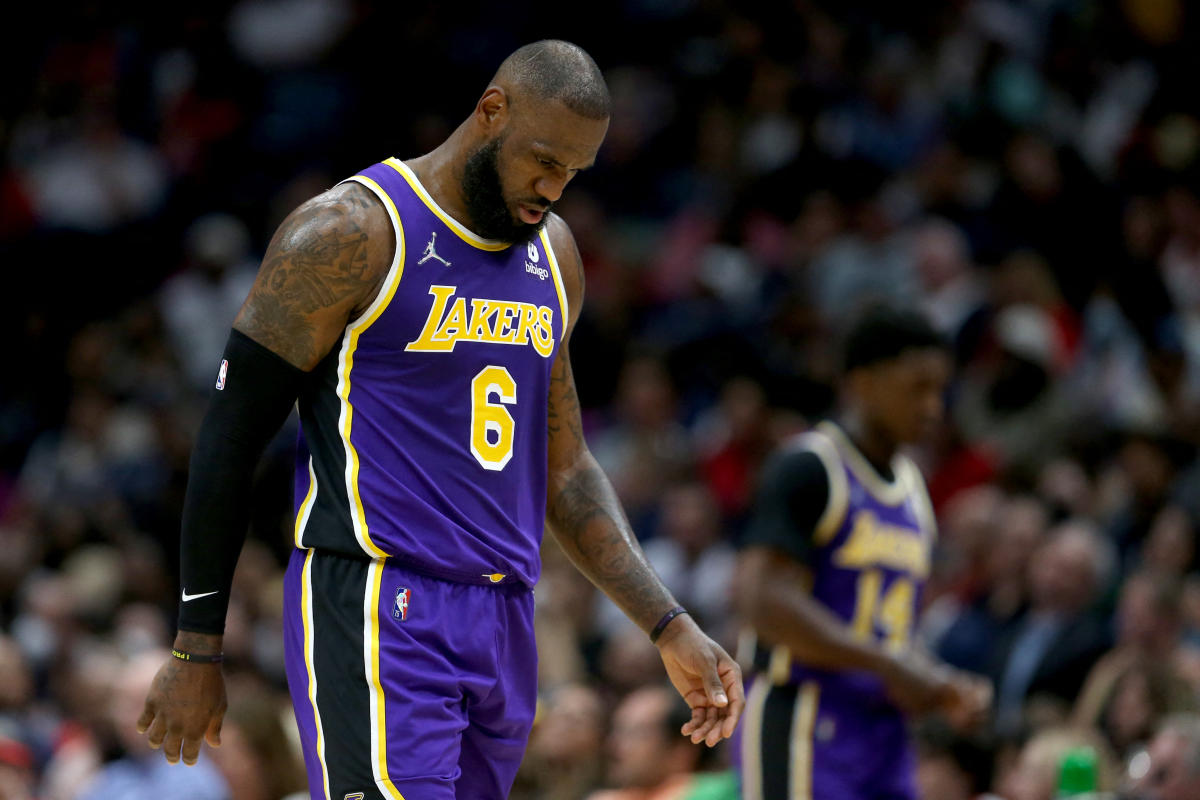 Things keep going from bad to worse for the Los Angeles Lakers.

They didn’t just lose to the New Orleans Pelicans on Sunday. But LeBron James suffered what he described as a “horrible” ankle injury in the 116-108 loss.

He sprained his left ankle early in the second quarter while setting up for rebounding position. He stepped on the foot of Pelicans center Jaxson Hayes under the basket before collapsing on the floor. He remained on the ground for a moment, but was finally able to get up and continue playing.

He ended up playing 42 minutes and adding 39 points, nine rebounds and five assists. His effort didn’t make much of a difference to the Lakers, who blew a 60-40 lead in an eight-point loss.

After the game, James met the media with his ankle heavily bandaged but without the aid of crutches.

“I have no idea how I ended the game,” James told reporters on his ankle. … “It is awful right now.”

James’ diagnosis and future status were unclear. The Lakers next play the Dallas Mavericks on the road on Tuesday.

As for the state of the Lakers after the loss?

James’ availability might not matter much at this point. The Lakers fell to 31-43 with the loss. They are now 5-15 in their last 20 games and have a one-game lead over the San Antonio Spurs for 10th place in the West. That keeps them in the mix for play-in games for now. But they don’t look much like a team that can advance past the opening round if they get there.