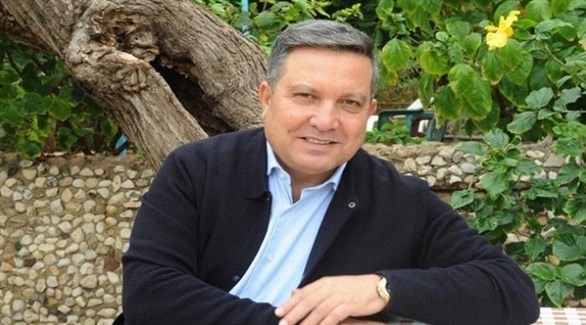 “After a thousand years, a thousand wars, they will find in the wind my voice that no one heard when I cried out: Only love can save the world.”

Thus, the words of the Lebanese poet Zahi Wehbe reconfirm in his new book “The Night of His Hands” that only love is capable of facing war.

The Diwan consists of 200 pages of centerpieces distributed among poems ranging from very short ones that condense the meaning and reduce it to a few words, such as “lost in your absence like an overflowing river” or “you come, time runs out”. tears”. with joy, he spills seconds at a time ”into long poems that present Through her he gave himself, his vision of the world, his position on many issues and the experiences he went through.

At the beginning of the book we read, for example, a poem entitled “The Return”, which soon becomes clear to the reader that Wehbe wrote it from his suffering with the Corona virus and the critical moments he experienced in the hospital. To death I say that it is late, in the heart there is room for love, in the lungs there is a passion there is no air To friends hey, there is no time for tears, there is no time for crying, a fleeting thought is lifetime .”

Reading the book by its title, it turns out that Zahi Wehbe remains faithful to his ethereal theme, love and the human relationship with women, which he elevates in his poems to the highest ranks and sees in her the qualities closest to humanity. life and the most similar to him.

On the introductory or dedication page, Wehbe writes: “To a woman who falls asleep on my mind, and wakes like gardens, To a woman who sleeps on her longings, her breath cushions, For a woman who reads “these” words they become poems in his hands.” It is as if the language, his declaration and his beginning for him do not become poetry unless a woman reads them.

“I was a song, you were the song. I was alive, you were the life,” he continues. Zahi’s woman here is life itself, whether she is mother or lover, wife or daughter, friend or friend. a fighter. Whatever the characteristics of life itself and the ability of this life to renew, create and give.
And from the mystic mixed with the sensual to the pure mystic we read: “I am the last mystic, I turn around, I fade into myself, I am absent. No one sees me, no one sees me, I only fight against myself.” myself, and the faces are dust.

Wehbe moves in his book to the Creator’s monologue in a chapter entitled “My God” and in it there are similar invocations or spiritual flashes, as in his text that was composed and sung by the Lebanese nights of grace: “My God without question, you gave life. Najat, who illuminates the darkness to inspire prayers.”

In a short, condensed sentence, he says, “They ran to heaven and I ran to God.” And he says, “We don’t see God, not because he is in darkness, but because he is light upon light. Bright light is not seen by sight, but by intuition. Open your heart and you will see God.”

Zahi Wehbe, who previously wrote for Beirut, Damascus, Cairo and other Arab cities I love, writes in his new book for Baghdad the poem composed by the Egyptian Hazem Shaheen, and sung by the Syrian Faya Younan. He also writes for Tunisia and Amman, without forgetting Palestine, which is never lacking in his texts.

In a poem titled Carmel, he says: “Oh, near Carmel, the voices of your prophets are still heard, and the whisper of eternity in you is as soft as the beginning of autumn. We are still on the balcony of Galilee, waiting angels of help and of urgent resurrection”.

And about Baghdad, he writes: “Baghdad, between the two rivers, written by God as a poem, between the lips there is a spell of a virgin, between the eyes there is a blue bead, between the two ribs there is a prayer, a grateful prostrate mother , and rose as a martyr.” And starting from the reality of the situation in which Arab and non-Arab countries live, Wehbe writes under the title “I have nothing left” from a poem composed and sung by the Syrian Mays Harb, “I have nothing left of my country plus your hands, and a prayer that I memorize, I have nothing left but the songs that we listened to together, the immensity of your eyes, the sky that they could not steal from me, the prayer that I repeated when I was young, and the crying that with stubbornly longed for my country plus the perfume of the land stuck in your palms.

The book is published by Dar Al-Rafidain and is the twelfth book of poetry by Zahi Wehbe, who has also published several prose books.