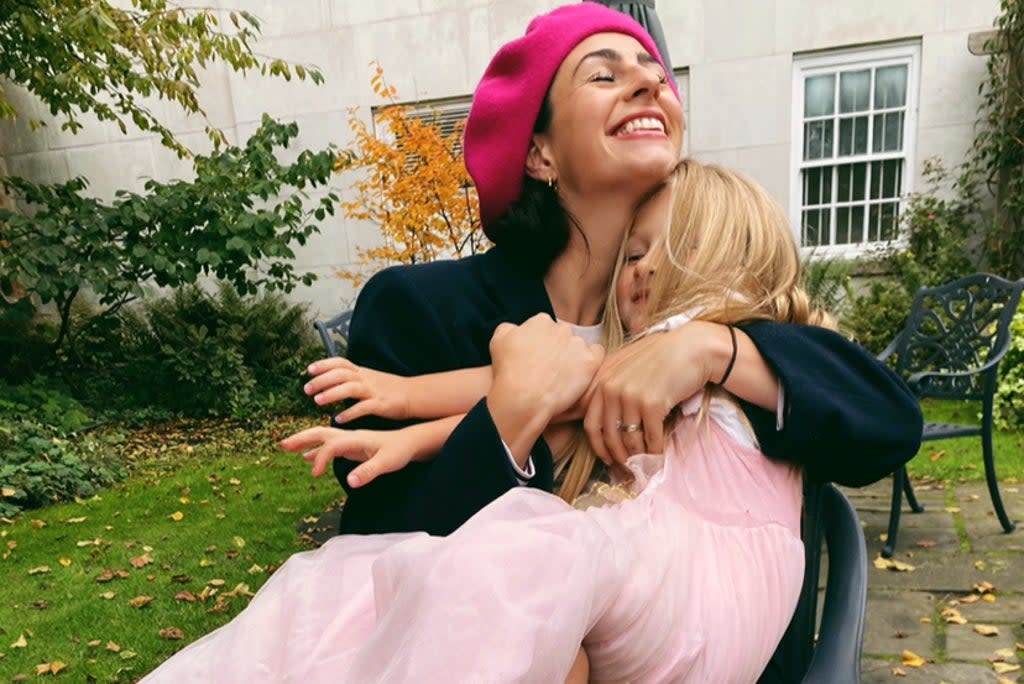 If you had asked her six years ago, Franki Dammone would have said she planned to live in Hackney forever. He loved the bars, the markets, the nightlife and the whole atmosphere of East London, and he felt that he had found his spiritual home.

When daughters Mally, five, and Sunny, two, came along, living in London became a little less fun. Nannies were needed if they wanted to go out at night, and they needed a bigger house: the four-bedroom house they rented in De Beauvoir Town cost £4,000 per square metre.

Franki, 31, and her husband grew up in West Yorkshire and when they visited for Christmas they had a eureka moment.

“We loved London, we still love it,” explained Franki, who was a primary school teacher before she had children. “It was the most amazing place to live, but when we had children it became a little more difficult, logistically, and none of our friends had family and we were trying to keep up with them.

“We had been thinking of moving further east to Leyton or Walthamstow where the rent would already be a bit lower.

“So we were taking a train home from York and my husband, who works on property, just said, ‘The journey from here is only 40 minutes longer than it would be if we moved further from London, we’d be closer to our families, and the rents would be much lower, why don’t we move here?

Eight weeks later they were moving into a house they hadn’t even seen in person. That was in February 2020 and Franki, now a content creator (@franki.dammone), hasn’t looked back.

“There’s a lot going on,” he said. “There are so many independent cafes and restaurants, and the community feel is lovely. The houses have an alley behind them, and all the children play together, it’s idyllic.

“We can walk to the city center in 15 minutes and be in the country in 10 minutes. I thought everyone would be wearing wellies, but it’s really vibrant and increasingly cosmopolitan. I honestly love it.”

Financially, the move has also paid off: Their three-bedroom house in trendy Bishopthorpe Road costs £1,400 per square metre.

“I feel like we spend a lot less and do a lot less here, but we’re happier,” Franki said. “When you leave London you realize it’s a pretty exhausting place to live. When we go to London we really enjoy it, but when we get off the train back in York we can breathe. It’s a really nice experience.” feeling.”