Leading economist Fratzscher on costly refueling: “A fuel price brake would be the worst option” 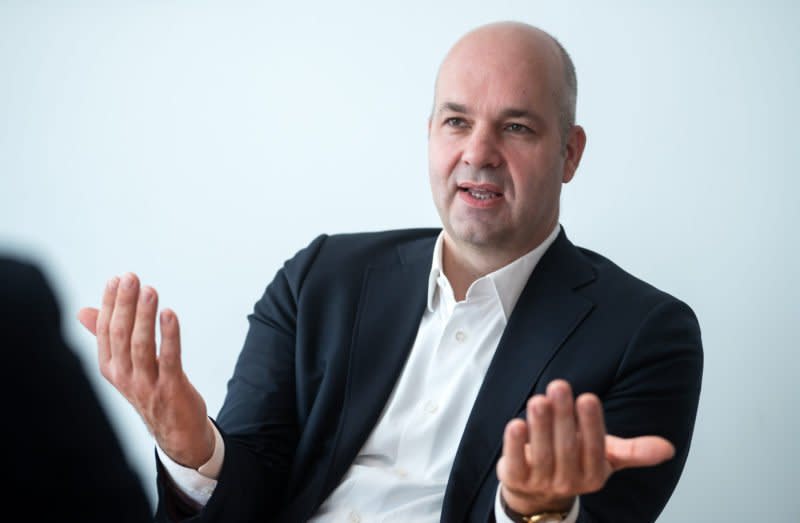 “We Germans have a contradictory relationship with money: We idealize saving and demonize debt,” says Marcel Fratzscher right at the beginning of our conversation. He doesn’t take it for granted that he, too, grew up with “German” values ​​related to money. And this despite the fact that the prominent economist left Germany at the age of 21 to research and work in Milan, Indonesia and the United States. He has headed the German Institute for Economic Research (DIW) since 2013. In March he published his new book “Money or Life”, on the occasion of which we met. In the publication he deals with the “irrational relationship” between the Germans and money and how, according to him, it divides our society.

Because saving hardly benefits society, on the contrary, according to Fratzscher. “If important investments like infrastructure, digitization and climate protection are not made because we are trying to save, this can be very damaging to our society.”

Because what many do not consider is that savings and debt are interdependent. If we save our money, others use it to borrow money to invest. “We lend our money to others and don’t invest the money in our own future,” Fratzscher sums up.

Why our savings morale is related to high energy prices

A current example of where, according to Fratzscher, austerity has hurt us can be seen in the effects of sanctions on Russia. “Our morality of good savings and bad debt has led to the failure of climate protection, the energy transition and the high dependence on gas and oil from Russia,” says Fratzscher. The policy of recent years has fallen asleep with the aim of achieving balance, investing enough and timely in renewable energy. This would have meant debt, but “good debt” that would have helped us in the current situation, Fratzscher said. Due to the war in Ukraine, energy and fuel prices continue to rise and difficulties with energy supply are feared as the EU relies on Russian imports.

Russia’s war in Ukraine is slowing the economy and accelerating inflation in Germany, according to the Ifo Institute. According to estimates by the institute, inflation is likely to rise to between 5.1 and 6.1 percent. That would be the highest rate since 1982. Due to rising consumer prices, around six billion euros of purchasing power would be lost at the end of March alone.

Neither Fratzscher nor the Bundesbank, which published its monthly report on Monday, expect prices to rise rapidly: “Due to the war in Ukraine, the rate of inflation is likely to rise a bit more in the coming months, which is probably due to in particular to energy prices”.

Banks and analysts currently expect consumer prices to rise between five and seven percent. Fratzscher even considers inflation of up to ten percent possible this year. The European Central Bank’s target is two percent inflation in the euro zone. At a current value of 5.1 percent, according to Bundesbank calculations, we are currently well above the desired value.

Fratzscher explains why this is so problematic: “Further rising inflation hurts the economy because it depresses investment and the many people whose incomes lose purchasing power.” He fears that the German economy will slide back into recession. According to economists at the Bundesbank, the so-called technical recession is already imminent because the economy had already contracted in the last quarter of 2021 compared to the previous quarter. If gross domestic product (GDP) continues to decline over the next three months, as other economists expect, it would be a technical recession.

The current currency devaluation is also leading to what Fratzscher calls “antisocial inflation”: 40 percent of Germans have no assets. If you have nothing, you can’t save, but you can’t consume either. “These people are more affected than others by inflation and the associated increase in consumer prices, and this increases social inequality in the population.” “So they are the losers from the currency devaluation. According to Fratzscher, there is always a side that benefits from inflation. And that is currently the oil companies and Vladimir Putin, in whose hands lie some of the world’s largest oil producers.

About 30 percent of the diesel in Germany comes from Russia. The rise in prices could indicate that Russian oil companies are raising crude prices, although there are no signs of shortages or production losses at refineries and the profits are pocketing themselves, some experts suspect. Fratzscher also believes that such an explanation is possible.

How the state should mitigate high prices for consumers

Fratzscher believes that it is now up to the State to mitigate the consequences of this “antisocial inflation”. However, not through a brake on the price of fuel, as requested by the Union. “A brake on the price of fuel would be the worst option, because then a large part of the millions promised, which are intended to relieve citizens, would end up back in the hands of the oil companies,” says Fratzscher, emptied into the coffers of the corporations. It is also unclear how long the price cap can be maintained, the fuel price brake could become a bottomless pit, according to Fratzscher.

Instead, he proposes a 50 percent tax on the spread between the price of crude oil and the wholesale price of gasoline. These revenues could then be distributed directly to consumers. At the same time, consumers would feel relieved and there would also be incentives to use less fuel. Because it was already clear before the attack on Ukraine that we would have to reduce our oil, gas and fuel consumption and therefore our CO2 emissions, if only to achieve our climate goals.

“The greatest lever we have in this crisis is savings. We have to be more honest: we have to consume less and tighten our belts to be able to overcome this crisis”, says Fratzscher.

Disclaimer: The author of the text moderated the presentation of Marcel Fratzscher’s book “Money or Life”. The interviews with Mr. Fratzscher took place within this framework.