Leaders of 3 EU states head to kyiv as attacks intensify 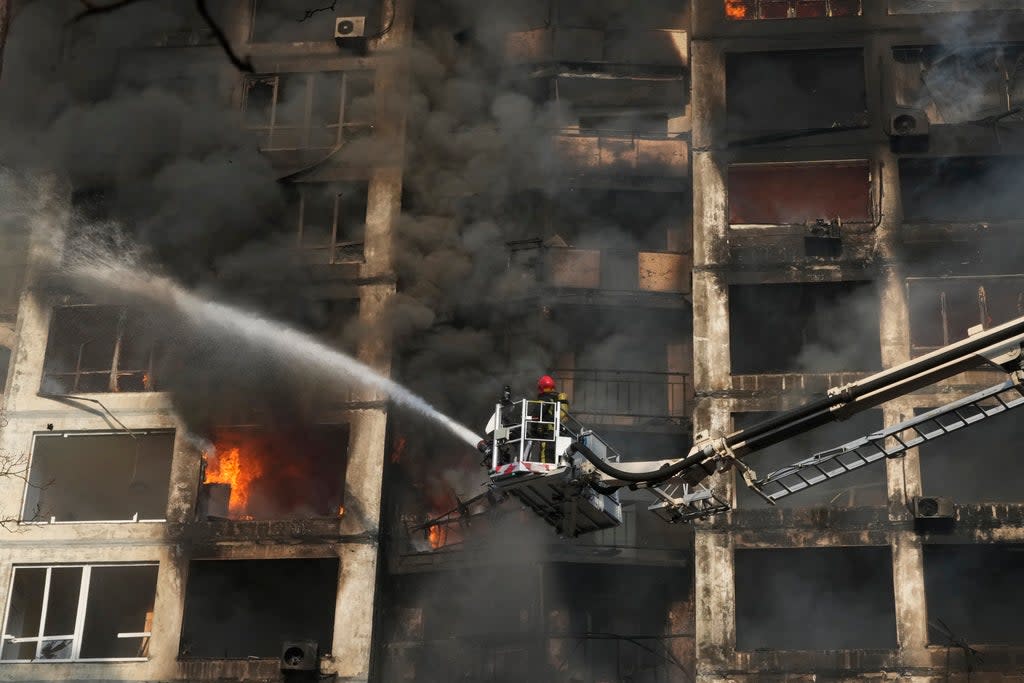 The leaders of Poland, the Czech Republic and Slovenia will travel to kyiv on a European Union mission on Tuesday to meet Ukraine’s top leaders as Russia’s offensive nears the center of the capital.

The visit by the leaders of three countries that belong to the EU but also to NATO comes as a series of strikes hit a residential neighborhood in kyiv.

Prime Minister Mateusz Morawiecki of Poland announced that he was joined by Petr Fiala of the Czech Republic and Janez Jansa of Slovenia. They are joined by Jaroslaw Kaczynski, Poland’s deputy prime minister for security, but also leader of the ruling conservative Law and Justice party, a position that allows him to be the most powerful politician in Poland.

They will meet with Ukrainian President Volodymyr Zelenskyy and Prime Minister Denys Shmyhal.

Morawiecki said on Facebook that he and the other leaders were making their trip in concert with the European Union, citing Council of the European Union President Charles Michel and European Commission chief Ursula von der Leyen. He said that the United Nations had been informed of the visit.

“In such critical moments for the world it is our duty to be where history is forged,” Morawiecki said. “Because this is not about us, but about the future of our children who deserve to live in a world free of tyranny.”

The visit was planned for several days but was kept secret for security reasons, said Michal Dworczyk, Morawiecki’s bureau chief.

He said that a concrete aid proposal for the nation will be presented to Ukraine’s leaders.

Shortly before dawn, large explosions rumbled across kyiv from what Ukrainian authorities said were artillery strikes. The shelling sparked a massive fire and frantic rescue effort at a 15-story apartment building. At least one person died and others remain trapped inside.

Shock waves from an explosion also damaged the entrance to a downtown subway station that has been used as a bomb shelter. City authorities tweeted an image of the blown-up facade and said trains would no longer stop at the station.

Before his departure, Morawiecki recalled on Facebook how former Polish President Lech Kaczynski had paid a visit to the Georgian capital in 2008 when the former Soviet country was under attack by Russia.

He quoted President Kaczynski, who said at the time in Tbilisi: “Today Georgia, tomorrow Ukraine, the day after tomorrow the Baltic states, and then maybe it’s time for my country, for Poland.”

Jaroslaw Kaczynski’s presence also has a symbolic meaning. He is the surviving twin of Lech Kaczynski, who died in a plane crash with 95 others on Russian soil in 2010 while traveling to commemorate Poles executed by the Soviet secret police during World War II. A Polish investigation determined that the plane crash was an accident. .