Lauterbach: “The situation is objectively much worse than the mood” – politics 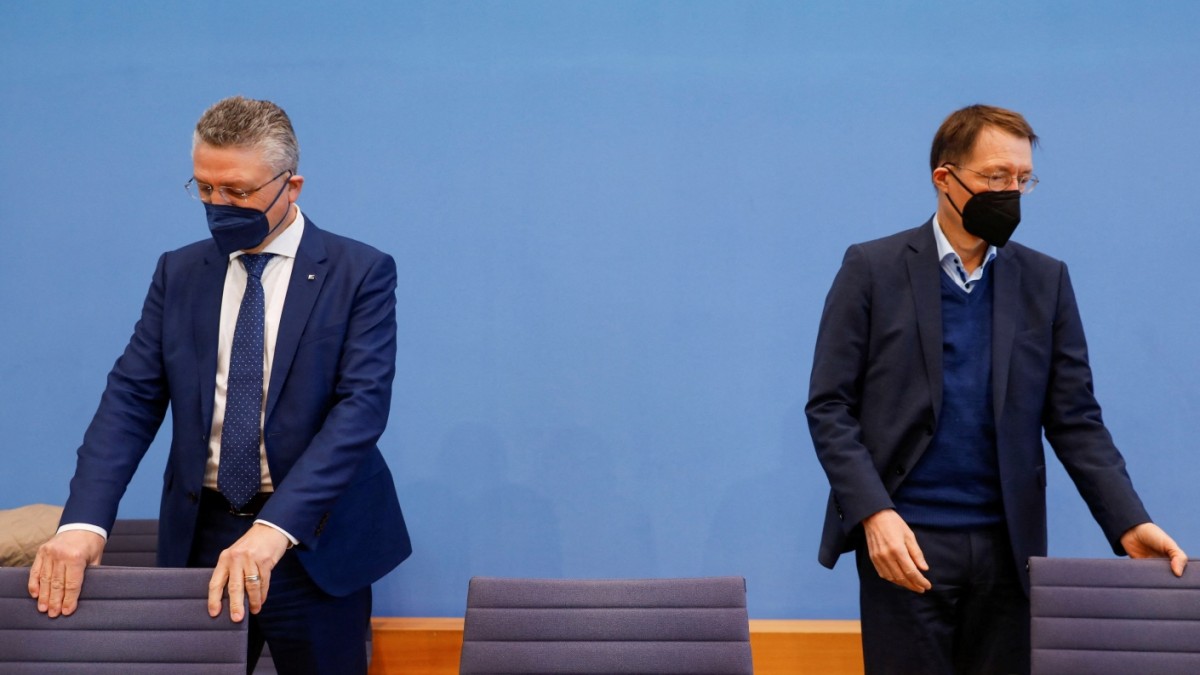 Federal Health Minister Karl Lauterbach (SPD) assesses the current corona situation as critical. The rising number of infections will also increase the burden on hospitals in the medium term, Lauterbach said at the federal news conference on Friday. In addition, there are between 200 and 250 corona deaths every day. One cannot be “satisfied” with the current situation.

Lauterbach warned against underestimating the danger of the Omicron variant. The fact that Omikron is less dangerous is only partially true: unvaccinated older people are at particular risk of contracting the virus. “The situation is objectively much worse than the mood,” Lauterbach said. The Robert Koch Institute (RKI) reported an incidence of 1,439 on Friday and 252,836 new infections were recorded in 24 hours.

Lauterbach said it was still correct that most of the corona rules would expire on March 20. But it shouldn’t tempt you to get careless. The new Infection Protection Law, which the Bundestag will approve next week, provides for stricter measures for so-called hotspots. Lauterbach said he expects this regulation will have to be used very quickly and often. The term “hotspot” can be misleading, because entire federal states could also declare themselves an area with a particularly tense corona situation.

Contact restrictions will no longer be possible in the future

According to the new legal situation, the evaluation of the pandemic situation is then a matter for the state parliaments. Therefore, the same incidence could lead to classification as a hotspot in one federal state and not in another. If this status is decided for a region, almost all measures that are already known can be applied there: distance requirements, hygiene concepts, access restrictions and mask requirements. Only contact restrictions are no longer legally possible.

Lauterbach named Cologne as an example of a current hotspot, which is likely related to carnival. Operations there would have to be postponed due to the burden on hospitals. The Federal Minister of Health called on the federal states to agree on uniform criteria for when hotspot regulation should apply.

RKI chief Lothar Wieler said infection pressure is currently very high, especially among the elderly, there are increasing incidences. He called again to get vaccinated: the risk of getting fatally or seriously ill is greatly reduced.

Jördis Frommhold, chief physician at the Median Clinic in Heiligendamm, pointed out that more and more cases of Long Covid are being registered in young people, athletes and without previous illnesses. These patients often have a mild acute course but then develop severe limitations one to three months after recovery. These ranged from a massive loss of physical fitness to limitations in mental abilities. Some could no longer do basic arithmetic, others could no longer read meaningfully. Studies also showed that the brain can shrink as a result of Corona.