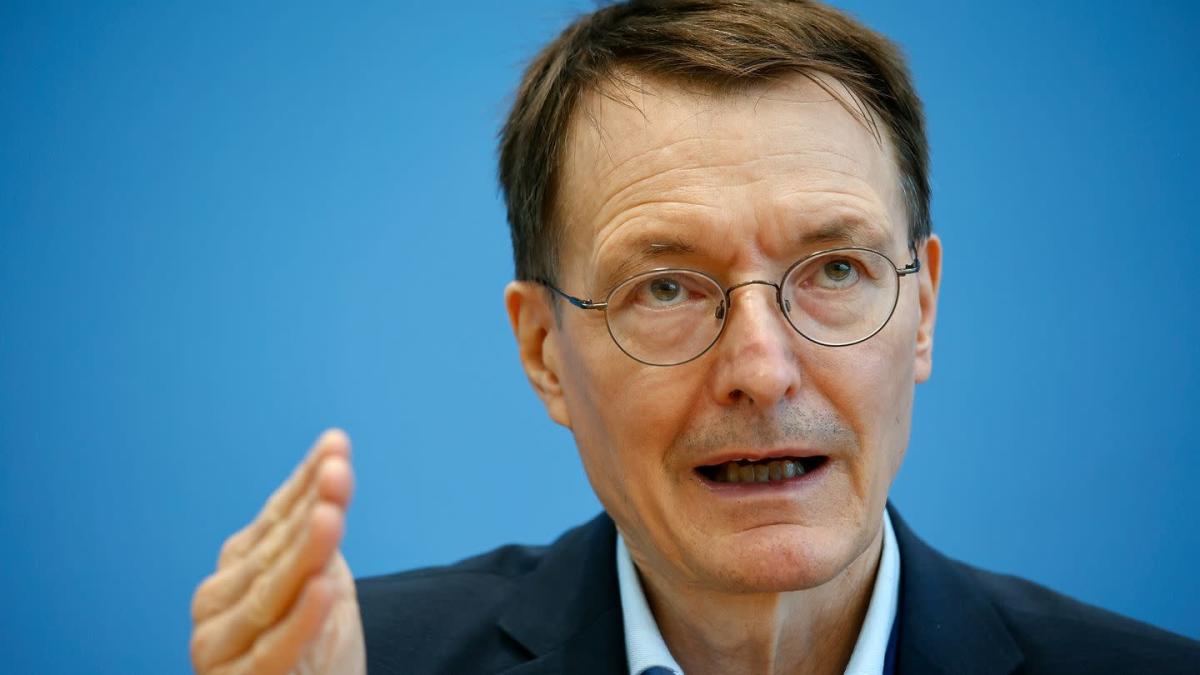 Berlin (dpa) – Federal Health Minister Karl Lauterbach has warned against carelessness in the face of the planned lifting of coronavirus restrictions in Germany.

“The situation is objectively much worse than the mood,” the SPD politician said in Berlin on Friday, looking at the sharp rise in the number of infections. He described the situation as critical and took issue with general assessments that the omicron variant was milder. “We cannot be satisfied with a situation where 200 to 250 people are dying every day.” This is an untenable situation that must be addressed.

Lauterbach defended the new regulations proposed by the federal government for possible protective measures beyond the spring. According to a draft of a new legal basis, general basic measures and more options for intervention in “hotspots” with a critical infection situation should be possible. The background is a decision by the federal and state governments that all extensive daily restrictions must be lifted by March 20.

Lauterbach said he expected such “hot spots” in many federal states due to the infection situation. Therefore, the measures planned for the future would have to be implemented very quickly in just a few days. He called on state governments not to delay in criticizing the law, but to prepare to use it now. Several countries are calling for more protection instruments.

The minister justified the fact that additional restrictions should be linked to a high clinical burden or more dangerous virus variants in a region. Such usurpations of freedom would have to be justified in order to have a legally secure regulation. Lauterbach stressed again that the blanket obligation to vaccinate is absolutely necessary to avoid further broad restrictions in the fall.

There are no more restrictions in schools.

A few days before the next MPK, next Thursday, the current chairman of the MPK, NRW Prime Minister Hendrik Wüst (CDU), criticized the Lauterbach-Buschmann draft. “Agreed basic protection measures across the board and proven instruments to combat pandemics will be abolished, instead the draft outlines a patchwork of rules that people will hardly understand,” Wüst told “Welt”.

The leader of the NRW-SPD parliamentary group, Thomas Kutschaty, warned in the “WAZ”: “The virus does not follow the appointment calendar. Even after March 19, we must continue to travel with caution.”

The corona restrictions on schools should be lifted by May at the latest. This applies both to the wearing of masks and to tests without reason, said the chair of the Conference of Ministers of Education (KMK) and the Minister of Education of Schleswig-Holstein, Karin Prien (CDU), at the end of the consultations of KMK in Lubeck. The openings of society as a whole could not go beyond the schools. But you want to take a careful and forward-thinking path to normalcy. “For us, the guiding principle is always the well-being of children and young people.”

The obligation to wear masks in clubs, discos and shisha bars in Lower Saxony has been temporarily suspended by the Higher Administrative Court (OVG) in Lüneburg. The operator of a nightclub in Osnabrück opposed this regulation. The court decided that the regulations were not a necessary protective measure within the meaning of the Infection Protection Act and were also not appropriate. The decision is final.

Clubs and discos in the state can reopen from last Friday. Until now, the mask could only be removed when sitting, it had to be worn when dancing.

The president of the Robert Koch Institute (RKI), Lothar Wieler, considers the current coronavirus situation in Germany to be tense and urges great caution. “Too many people are still getting seriously ill with Covid and still too many people are dying from this disease. And many people are still suffering from the long-term consequences of Covid,” Wieler said in Berlin on Friday. In the context of the recent increase in the number of infections, he again drew attention to the increasing proportion of the omicron subtype BA.2, which is particularly easily transmitted. According to the head of RKI, the infection pressure is still very high.

The hospitalization rate is increasing, especially in older age groups, Wieler warned. This is also due to the gradual relaxation of infection control measures in many places and associated changes in the behavior of many people.

“So the situation is still tense, but we can influence the infection process with our behavior,” Wieler said. He reiterated his calls for vaccination and emphasized that many severe courses, deaths and long-term consequences could be prevented through vaccination. “Vaccination is and remains the best and safest form of immunity,” he said. He also called on all people to comply with the other known protection measures, remain vigilant and pay special attention to particularly vulnerable groups.

For the ninth day in a row, the Robert Koch Institute (RKI) reported an increase in seven-day incidence to 1,439.0 new infections per 100,000 population in seven days. Health authorities reported 252,836 new cases in one day, and another 249 deaths were also recorded in 24 hours.