Laura Borràs is now asking a popular jury to judge her 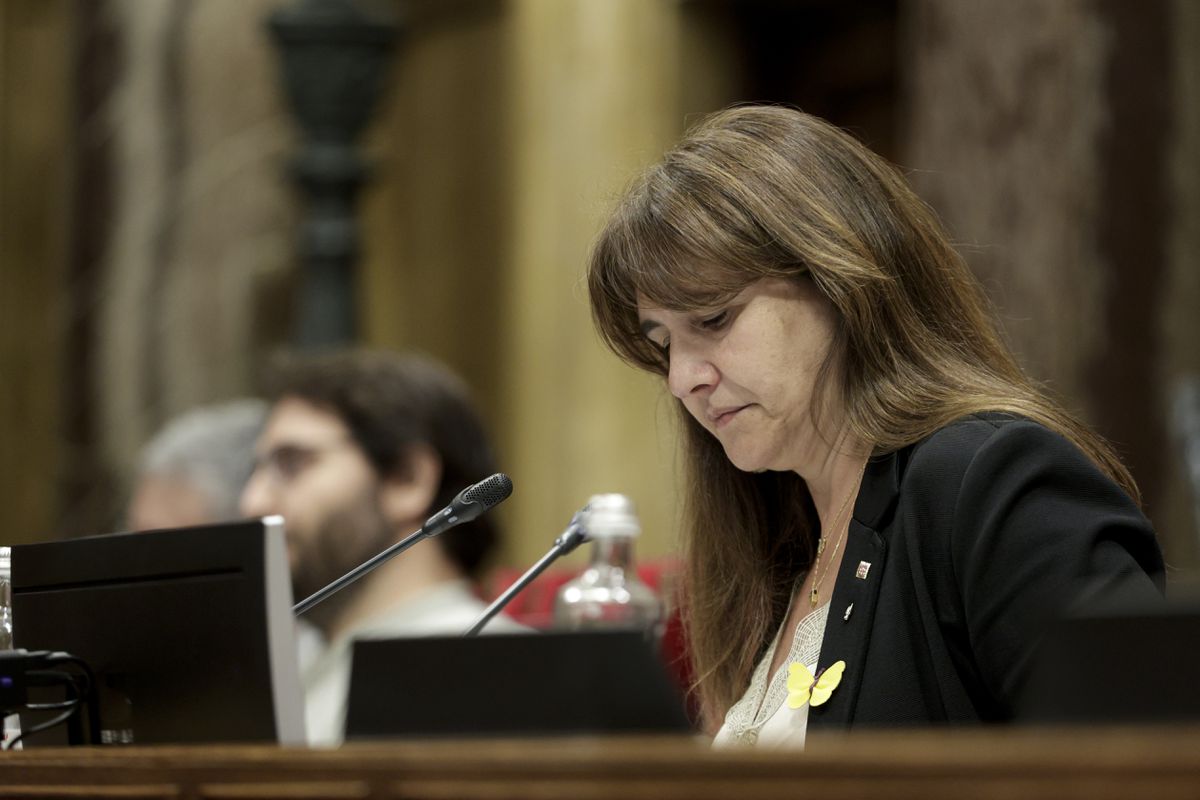 The President of Parliament, Laura Borràs, does not want to be judged by judges, but by a popular jury, that is, nine randomly selected citizens of Catalonia. That’s the request she just made before the Supreme Court of Catalonia (TSJC), just two days after learning she was being prosecuted for corruption offences. Borràs’ defense appealed in this way against the order issued by the TSJC in order to gain time and delay the opening of the hearing, a circumstance which, applying the rules of Parliament, would oblige him to leave the seat, and hence , the Bureau of the Chamber. According to court sources, the petition has very little chance of success.

Borràs is one step away from the dock for his management at the helm of the Institució de les Lletres Catalanes (ILC) between 2013 and 2018. The leader of Junts per Catalunya allegedly artificially split up contracts to award them by hand (publicly without competition). to Isaías H., a computer scientist with whom he had worked professionally. The institution of the Generalitat, which promotes literature in Catalan, finally paid the friend of the current speaker of the parliament more than 300,000 euros. Borràs was prosecuted for subterfuge, embezzlement, fraud and falsehood. In the coming weeks, the public prosecutor’s office will present their indictment, in which they will very likely ask for imprisonment and a professional ban.

In order to delay this letter and establish another game scenario more conducive to their interests, the Borràs defense presented a new resource this Friday. The speaker of the parliament intends not to submit to the criteria of the judges – she has always denounced that her case constitutes a persecution due to her status as an independentista – but of the nine randomly selected citizens who make up the jury.

Attorney Gonzalo Boye concedes in the brief that the crime of subterfuge is expressly excluded in jury law. In his opinion, however, this should not be the case, as it “deprives citizens of the power to follow the behavior of those who decide on their affairs: civil servants, authorities and judges”. “We believe that the natural judge of all power is none other than the citizen who elevated him to this position,” explains the lawyer. For this reason, he has asked the judge to submit a question of unconstitutionality for the Constitutional Court to consider this issue.

In the event that the TSJC refuses – court sources believe it will – Borràs’ defense is requesting that the case be split into two parts, leaving him to face two different trials. In a hypothetical evasion-only trial (issuing an order known to be unfair), the TSJC would convict them; in the other, a popular jury would decide the rest of the crimes (embezzlement, forged documents and fraud against the administration). Borràs, who has so far exercised his right to remain silent, has consistently portrayed the case as “political persecution” which he says is part of an “operation of repression” against secessionism, and claims he enjoys the support of the Federal Court of Citizens. Her request is based on the belief that if she is to convict her, she has a better chance of being acquitted.

As early as March, the TSJC brought charges of irregularities in the ILC. On that occasion, the defense of Borràs and another of the four persons under investigation lodged an appeal (to have more time to present a new case), which was admitted by the court. Borràs then did not mention the idea of ​​the popular jury. Legal sources assure that none of the maneuvers by the speaker of the parliament – let alone putting a clear question to the constitutional court – will succeed.

The judicial future of Borràs will shape the future of the legislature. The ERC needs to position itself in Parliament on whether it believes that the President of the Chamber should be removed from her seat by opening an oral procedure on a corruption-related crime. Etso could topple the government because in junts they are willing to defend their president to the end. The question is whether Pere Aragonès decides to let the legislature decide alone. Republicans deny that the Borràs trial is seen as another episode of “repression.”