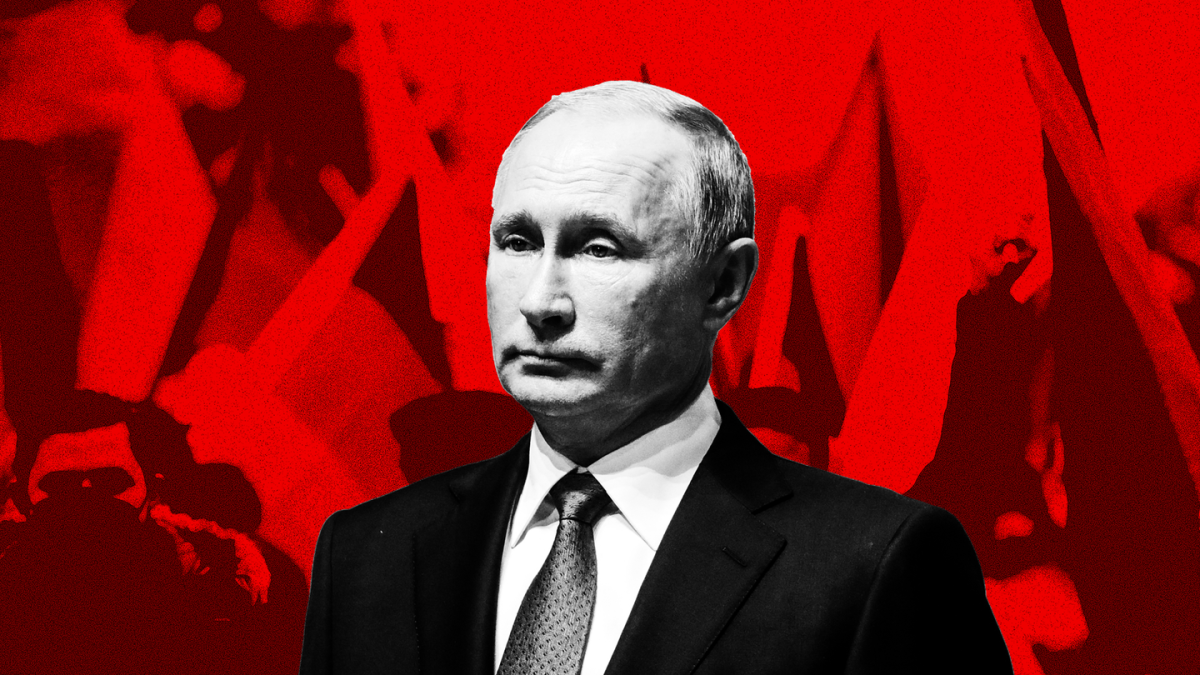 With the war in Ukraine, the lateral thinkers lost the subject. But the movement is already finding its new role: spreading Putin’s propaganda.

Corona may not be over, but the Russian war of aggression in Ukraine has relegated it to the background. Public attention these days is focused less on the Corona protests than the self-proclaimed lateral thinker than the demonstrations of solidarity and peace, the photos of Mariupol and kyiv, the stories of the refugees and the helpers at the train stations.

For the lateral thinking movement, this has almost exactly the consequence that experts have been predicting for a while: they are missing their central theme. But because what unites this rather heterogeneous group was never really happy, but always angry with the state and a fundamental mistrust of established institutions, they are now looking for a new topic, again the one that worries everyone: Russia.

It took a few days after the invasion for the lateral thinkers to work themselves out. One of his most influential minds, Boris Reitschuster, had criticized Putin, but was also attacked by his supporters. He could already guess which way he would go. It then became clear when Bodo Schiffmann, one of the main influencers of the conspiracy myths, blamed the West for the war and claimed that Putin would not do what he was accused of (i.e. wage a war of aggression in violation of international law). ).

If you follow the relevant Telegram channels, the tenor is clearly pro-Russian. Although there are some extreme right-wing groups such as the III. Weg, who sides with Ukrainian right-wing extremists like the Azov Battalion. But these are splinter groups, even if Putin claims otherwise, to start their war with an alleged “denazification” of the Ukraine to justify.

The pro-Russian positioning of lateral thinkers is logical. Because, on the one hand, propaganda outlets such as RT have long been an allegedly important source of information for conspiracy believers, on the other hand, their own internal logic has, of course, also had an effect for a long time : If the West, its governments, experts and media, constantly lie, as the lateral thinkers claim again and again, then it would be quite daring to agree with this West of now of all time.

That should be useful to one person: Vladimir Putin. Approval of his war is fragile even within Russia. If you want to win the information war, you can make good use of foreign claqueurs. Putin now has full control of the media in Russia, and can still use his propaganda to influence interpretation abroad, even if the EU has made it more difficult for him by shutting down various propaganda outlets. Putin is likely to unleash his troll armies again, as he did after the 2014 occupation of Crimea, flooding social media with disinformation and propaganda. It’s even more likely that he already is. And lateral thinkers become Russia’s useful idiots.

It is quite possible that one or the other will not participate. But those who stay will continue to radicalise. And that doesn’t just mean the movement is likely to stay active for a long time. But probably also that it could become even more dangerous. Little do these people fear more than their insignificance. Often not even violence.