Last minute of the fires in Spain, live | Authorities are still awaiting 16 fires, 9 of them serious 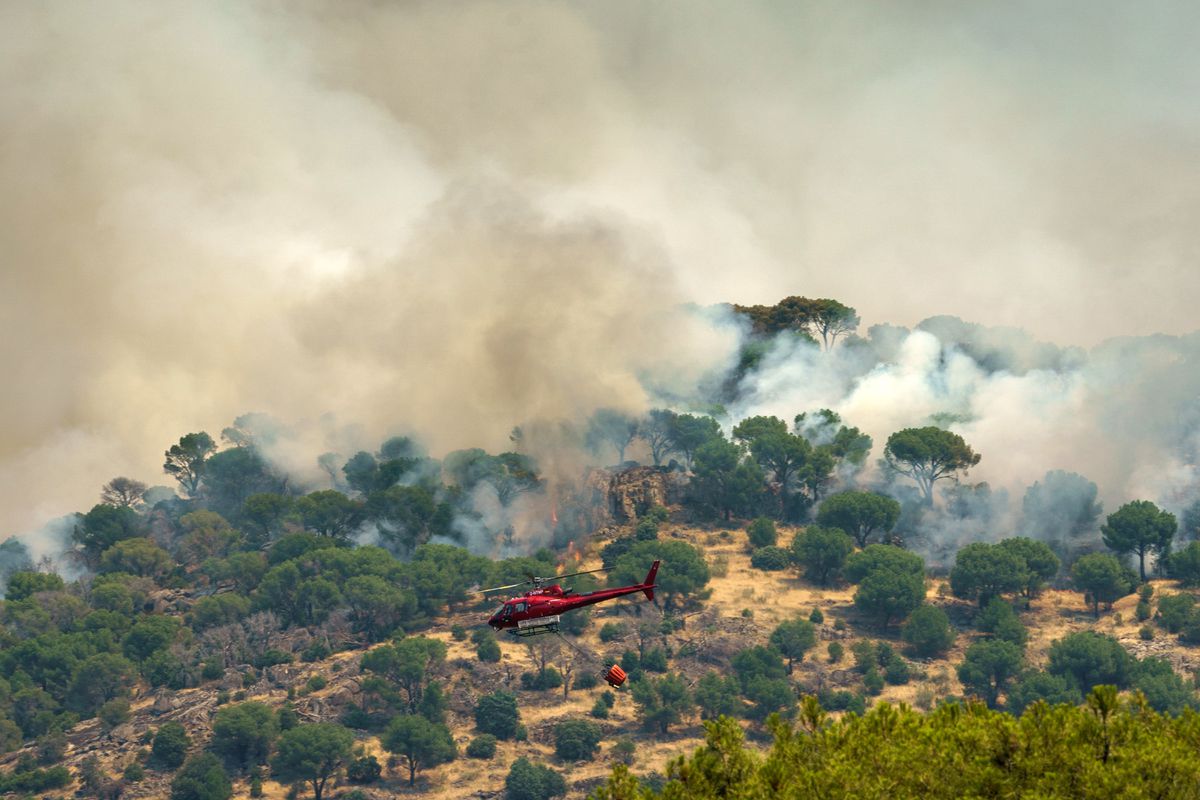 The mayor of Triacastela, Olga Iglesias, has confirmed to the Efe agency that a large part of the people who were evicted from their homes in the neighboring municipality of Folgoso do Courel and received at their town hall have already returned to the last hours to their respective houses. Around 70 people have been relocated in the municipality of Triacastela in recent days, waiting for the danger to their lives from the fire’s proximity to their homes and the smoke emanating from the Folgoso do Courel and A Pobra fires to pass. do Brollón, which has already devastated around 8,700 hectares.

Many of these people, around fifty, spent the night in the Triacastela community pavilion, while around 20 people, mostly elderly, were relocated to other shelters with other needs. However, in the past few hours, most of these people have already returned to their homes, leaving only 11 residents of Folgoso do Courel displaced in their community at this time, according to Iglesias.

For her part, the Mayoress of Folgoso, Lola Castro, has specified that although the population of various towns continues to be displaced, especially in the northern part of the municipality, “the elderly and the children have really left” because “the young people are in the villages returned to protect them from the fire if necessary”. In any case, he realized that the population of his community is exhausted after many days with the fire on the doors of their homes. “People are panicking, they’re in shock. We have been dealing with the fires for many days and we are about to explode,” said Lola Castro, who acknowledges that despite the large number of resources mobilized to try to extinguish these two fires, more than 8,600 hectares have been devastated, ” people feel helpless.”

Regarding the efforts to put out the fire, he commented that “the positive thing is that the wind isn’t blowing as hard today” as it has in the past few days, which may help stabilize the fire. For this, he says, he works “tirelessly”, day and night.

Sources linked to the fire engine have confirmed that the situation has been evolving positively over the past few hours, allowing the fire to be “virtually controlled” on several fronts. However, they also warn that “this afternoon will be crucial” because a renewed rise in temperature is expected, which could make extinguishing work even more difficult.

The fire that ravaged the parishes of Vilamor (Folgoso) and Saa (A Pobra do Brollón), where four outbreaks have merged into a single front, has already destroyed around 7,500 hectares of land – some 2,000 more in a single day – despite the efforts of the extinguishers used on site.

Previous articleVirgin River Season 4 Spoilers! HE is the father of Mel’s baby!
Next articleCongress has no plans to convene a plenary session now to give the bill the green light “only if so.”