Laso and Mirotic in the ACB final: humanity above all rivalry 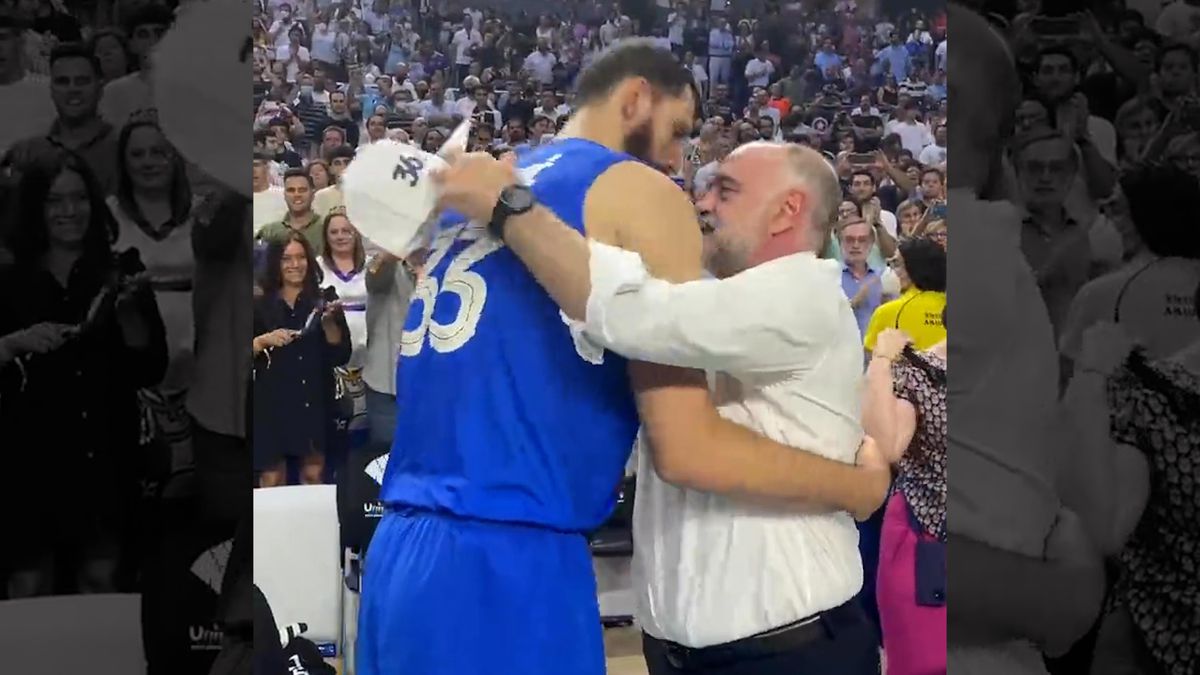 It was a different final for Real Madrid basketball coach Pablo Laso. Always only plagued by the bench, 14 days after a heart attack he only had to witness the duel between ACB and Real Madrid against Barcelona as a fan.

Despite not being among his teammates on the coaching staff, waving the board or arguing between the breaks, he could be described as a bundle of nerves awaiting the final result of the fourth game between Real Madrid and Barça (3-1). When the result couldn’t escape the madridistas, Laso embraced the bench members and his players.

But he especially stood out with Nikola Mirotic, who can be seen in the video that accompanies this news. The return of the former Madrid player from the NBA to the ACB was fraught with controversy as he signed with the eternal rival. However, the colors didn’t get in the way of the two embracing while Mirotic questioned Laso about his health.

Argentinian Nicolás Laprovittola, who had also progressed through the merengue ranks, also hugged his former coach, whom he congratulated on a record sixth in Lasos, making Real Madrid’s total of 36 domestic league titles.

At the end of the game, Laso congratulated his side, who ended the year with the ACB and played in the finals of the Super Cup, Copa del Rey and Euroleague: “There are years when you win everything and as a coach I managed it . I wasn’t that proud,” he assured. . The coach also wanted to send a message of reassurance about his health, joking with the press: “I feel very good. I admit that it was difficult for me to concede the cup lift it, but it’s very heavy.” The team’s captain, Sergio Llull, wanted the coach to lift the trophy at the WiZink Center.