Large families are proving to be the bastion to rescue IPOs 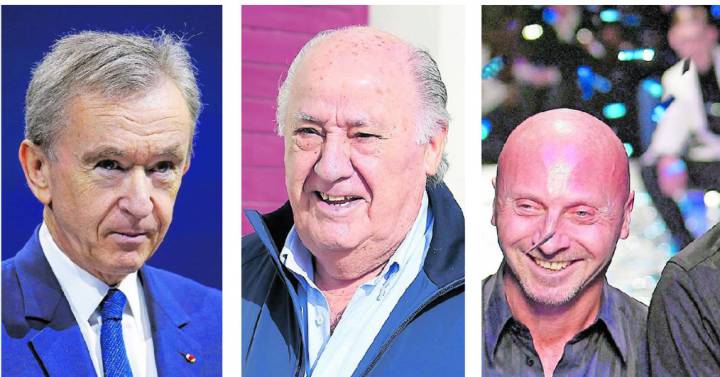 It is no secret. The stock market is no longer the prestigious place that companies struggled to access. The valuations offered by public market investors cannot compete with the hefty sums the almighty venture capital funds are willing to shell out. And companies have plunged headlong into private equity, where they are also not accountable to the market.

A new player has emerged to try to stem this drought of stock market releases. These are the large, wealthy families who, with their large family offices, not only make key investments in the stock market, but also claim to be a key factor in the IPO process.

Investment banks are well aware that the secret to the success of an IPO is that the company that is about to go public has reference investors on the day of its debut. It’s what’s known in the market as anchor or cornerstone investors. In other words, those who commit to buying large blocks of shares during the roadshow process and serve as a decoy for other investors. Family offices appear in this role, which is traditionally played by major investors on the stock exchange.

“One thing we have observed over the past year, both in the Iberian Peninsula and in other operations in southern Europe, is that a growing number of family offices, non-traditional players for this market, are becoming more involved with this type of business with important assignments processes,” explains Salvatore Branca, Head of Equity Capital Markets at BNP Paribas in Iberia. “This is a very interesting take on as institutional demand is clearly being driven by valuation issues and appetite for market conditions. Family offices continue to grow significantly in terms of assets under management and have a longer-term perspective.”

In recent years, Europe has seen some of its wealthiest citizens not content with spending their vast sums of money on buying jewelry or yachts. You’ve decided to seek investment in real estate, debt, the stock market, or private equity. One of the largest family offices in Europe is that of the Arnault family, owners of LVMH. In addition to his numerous investments, he has set himself the goal of investing in the stock market as an institutional investor.

“What I can say is that there are family offices of considerable size that behave very much like some institutional, with many assets under management. These investors have a neutral outlook at the sector level. And then there are family offices that will engage in deals closer to their core businesses. There are investors who do not have clear industry preferences. And others who will attend because they are likely to see the IPO process as a channel to build a relationship with the company,” comments Branca, whose team has just been recognized as Bank of the Year in ECM in Iberia by the Global Capital Awards.

An example of the latter was provided by Domenico Dolce and Stefano Gabanna, the founders of Dolce&Gabanna. Last year they invested in the IPO of Italian cosmetics company Interco. An investment that helped them get the Italian fashion company to sign an agreement with them.

In Spain, Pontegadea is the main family office in the hands of the almighty founder of Inditex, Amancio Ortega. The tycoon has yet to participate in an IPO, but he has broadened his investment focus. It started out investing only in real estate, from there it bought Telxius, the subsidiary of Telefónica’s phone towers, and later took a 5% stake in REE and acquired 49% in a Repsol wind farm.

The most active Spanish family in IPOs in Spain was Ybarra Careaga with their Onchena vehicle. It has participated in some of the recent operations in the field of renewable energy such as Ecoener or Solarpack. You chose MásMóvil before the takeover bid and are currently with Atrys Health.

- Advertisement -
Share
Facebook
Twitter
Pinterest
WhatsApp
Previous articleScholz rules out postponing the exit from nuclear energy in order to counteract the energy crisis
Next articleNicky and Simone Zimmermann: “They told us not to be in fashion and not to work as a family. We ignored them and things went well for us.”