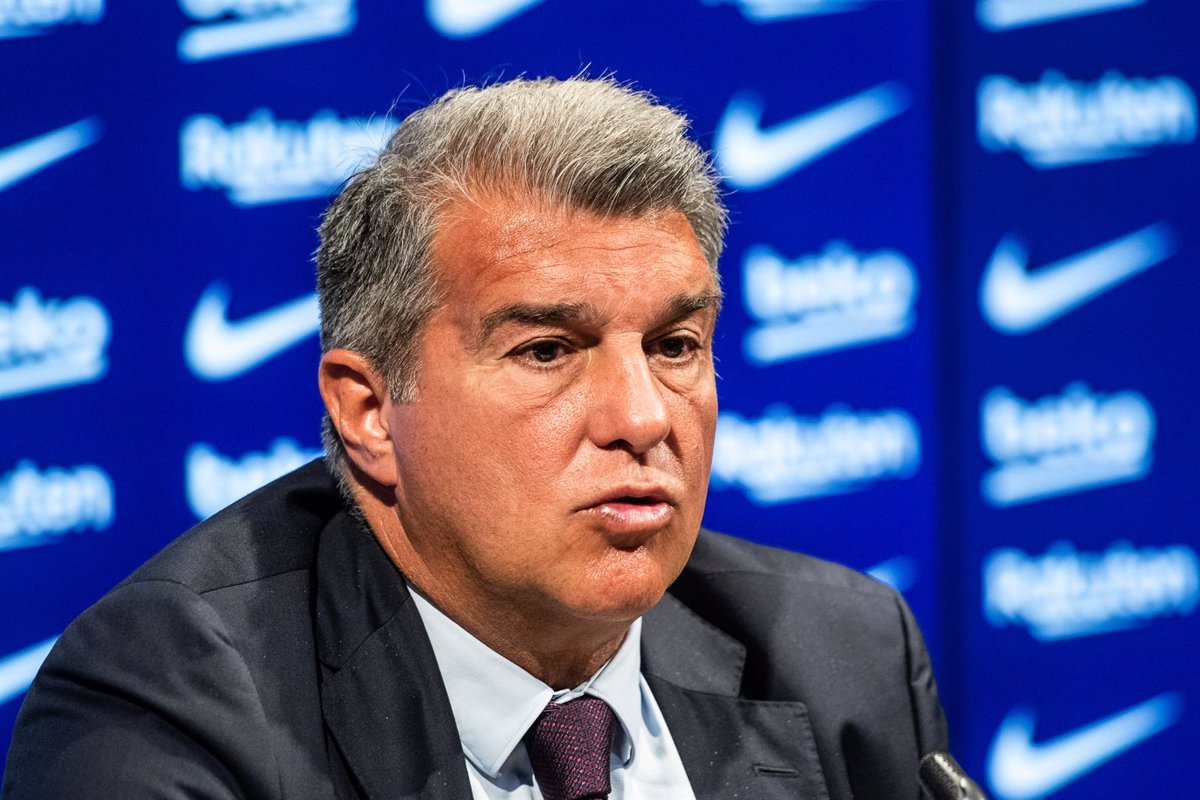 FC Barcelona president Joan Laporta made it clear that Frenkie de Jong is “a player” for the Catalan side, that he “wants him to stay”, just like the Dutch midfielder, he believes that the two parties will do “everything possible” to continue to remain united, while he was delighted with the signings, which could “cause concern” among their rivals.

“He’s a Barça player, the club want him to stay and he wants to stay. He has important offers to leave but he still wants to stay, another thing is the internal talks we’re having because it’s a new one Salary structure we have designed and that we want to apply,” Laporta told the media after a performance by the club with ACNUR this Thursday in New York.

The leader recalled that they talk to the players “with inherited contracts who understand as much as possible the reality of the club” about how the accounts were found with a “salary mass 40 percent higher” than that of their main competitors.

“We have to make this effort continuously and progressively. We try to talk to the players and create a good atmosphere in the squad and we will do everything for De Jong to stay and I hope he does everything to stay .” ‘ he said of the midfielder.

Laporta assessed the transfer market as “very positive”. “I’m very happy with the way things are going and I’m happy with the work done by Mateu Alemany, Jordi Cruyff and their team and the decisions we’re making to strengthen our squad and create a very competitive team, who can take part in all competitions with the intention of winning them,” he stressed.

The Barça president avoided talking about players who “have contracts with other clubs” such as César Azpilicueta or Marcos Alonso, stressing that they “try to comply with the coach’s wishes”. “We have strengthened the three lines and I’m not saying that there is no further incorporation. Depending on how the player registration process goes we will see if we can do one, yes it would strengthen the defensive line,” he said.

THE SALE TO ‘SIXTH STREET’ HAS “SIGNIFICANTLY STRENGTHENED” THEM.

“I have the feeling that we are working well and that the players want to come back to Barca and it’s a very good feeling that we form a balanced team with a lot of competition and at least two players per position,” added the Blaugrana leader added.

Laporta replied to Bayern coach Julian Nagelsmann who, despite his theoretically precarious financial situation, had shown his surprise at the activity in the Catalan team’s market. “I would like to ask you to focus on the Bayern accounts that received a significant amount of money for Lewandowski. I respect everyone and I won’t talk about other teams’ finances,” he said.

“Our competitors see that we sign well and that the players want to come and that can raise some concerns. Kessie and Christensen got off, then we invested in Raphinha an amount that is sustainable in our economy and that we can recoup well with agreed terms, like with Lewandowski who forfeited his debt because he had other superior offers. But everyone is looking forward to coming to this new project and the salaries will be adjusted to the new dimension that we have,” Laporta explained.

In that sense, he believes many people have failed to take into account ‘the strength of Barça and the dynamism of this new board’. “For those who are surprised, I would say we are very much alive, back in the market and there may be more surprises to come,” he warned, noting that the sale of his TV rights to Sixth Street “really strengthened.” have. them, even if it had been “preferably not to sell them”

Finally, he insisted he had “aspirations as president” to bring Leo Messi back to the club in order to retire. “I feel responsible for an ending that I see as temporary. His story at Barca didn’t end the way we all wanted for economic reasons and we have a moral debt to him,” he said.