Laporta: “I’m committed to Messi, I hope his chapter at Barça isn’t over yet” 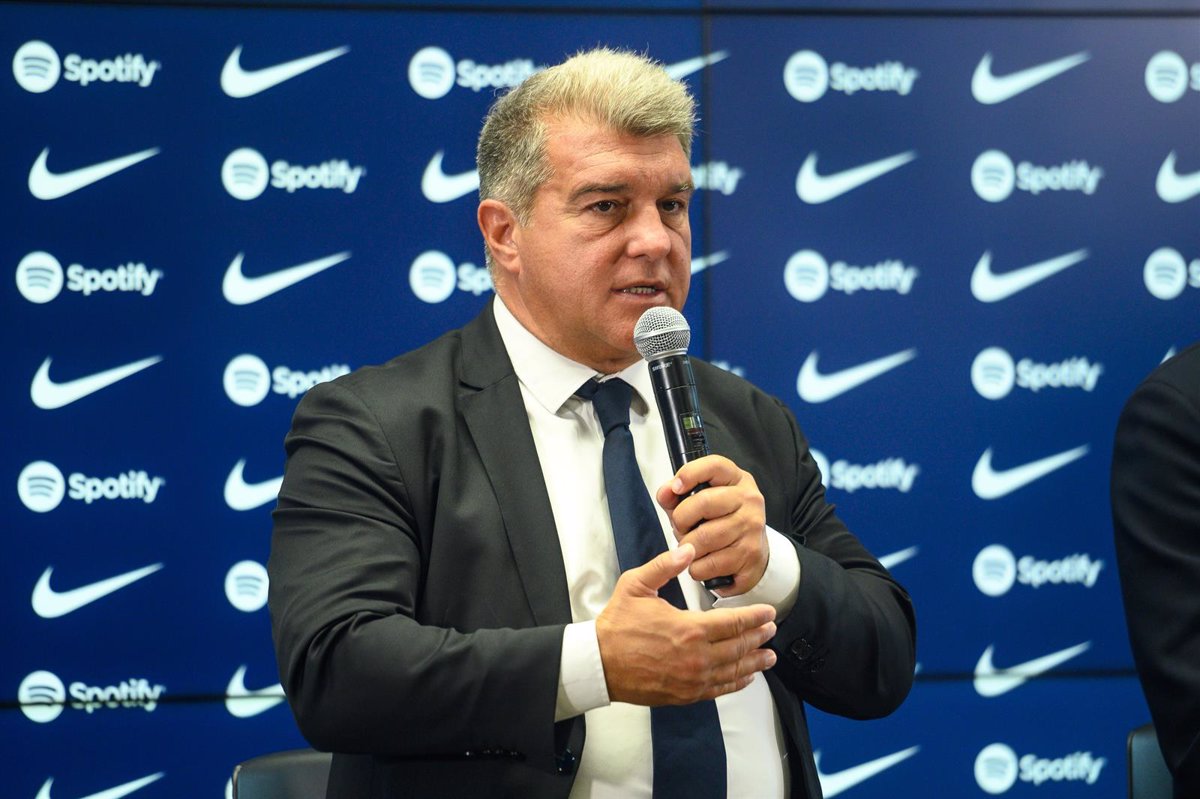 “Barça was on the verge of disappearing; now we have the economic capacity to face any challenge”

The FC Barcelona President admitted that he is committed to Argentinian striker Leo Messi, who left the Barça team last season, and therefore wishes that his chapter in the “culé” team is not “yet” closed end is.

“I am committed to Messi. I wish that the chapter at Barça does not end yet and it is our responsibility to make sure it stays open and has a much brighter ending than it was,” said Laporta in an interview with ESPN FC by Europe Press.

The head of the Catalan unit highlighted the Argentine as “possibly the best player” in FC Barcelona’s history, “the most efficient” and “only comparable” to Johan Cruyff. Upon his departure, Laporta regretted that this was due to the legacy he received from the previous board.

“It had to happen one day, we had to make a decision because of the legacy we had received, the institution is above players and coaches. As President of Barça, I think I did what I had to do, but on one on a personal level and also as president, I feel I owe him something,” he said.

Now, the Barça team has managed to clean up the club’s economy by activating economic leverage and raising nearly €650 million with the sale of 25 percent of the television rights to Sixth Street for 25 years.

“The club is doing better because we returned 100m credits and he’s healthy again, but we have to work to generate more revenue and not come from selling assets.” A strategy that greater evils for the institution avoided “culé”.

“Barça were on the brink of disappearance and we had to manage the chaos with great skill. Now, not only have we survived this phase, but we are financially able to face any challenge,” added Laporta.

However, despite the arrival of great players on the transfer market such as Robert Lewandowski, Raphinha, Kessié or Christensen, the club is still waiting for the future of Dutch player Frenkie de Jong, who could leave him in the coming weeks.

“He’s our player, we like him a lot. We’ve received some offers for Frenkie but we’re not taking them at the moment, we want to talk to him and find out exactly what he wants. We need to clarify some aspects of his situation,” he added.

When asked about the work done so far with the arrival of the new reinforcements, Laporta described the market as remarkably high. “We’re working very well. It would be great, but it’s remarkable because there are players who have to leave. We’ve done a good job, but now the coach doesn’t have some players and we have to find a way out.” We’re on our way to excellence,” he said.

“Barca continue to have an appeal. I am very grateful to these players who prioritized Barça over any other club and made higher offers than us. We had to use these arguments to compete with state clubs who paid a lot more than us. ” Players that we put in,” he said.

THE SUPERLIGA AND THE BATTLE AGAINST THE STATE CLUBS

In this sense, Laporta stressed the need for the Super League to fight against teams that have a way of working “based on money”, something that “they have to fight” as the Barça team is already doing, along with Real Madrid and Juventus, the only survivors of the project.

“Clubs have gotten to a point where we have to make rules that allow us to compete with state clubs, that resources don’t come from the football industry and make them unsustainable. Teams with history like Juventus, Madrid and Barça. We are threatened by these clubs that are going into the check book and distorting the market,” he said.

“We are open to dialogue, the clubs will have our decision-making power because we are the ones who carry the burdens of what European football is. There it can be the most attractive competition in the world if we do it well because the law protects us”, he finished the Super League.

Finally, the Top-Culé President highlighted the preparatory game against Real Madrid in Las Vegas, which FC Barcelona won 0-1. An “important” meeting that goes beyond a simple preparatory game. “The games between the two teams are the biggest show in the world and obviously create attraction,” he said.