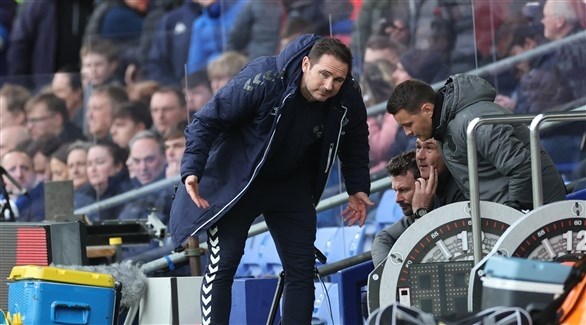 Everton manager Frank Lampard said it was difficult to change the club’s “relegation trajectory” overnight, adding his side were not considering relegation from the Premier League.

Everton have spent more years in the top flight than any other club in England but found themselves a point and a place above the relegation zone after a string of poor results under Rafael Benítez and Lampard, who took over after after his Spanish predecessor was sacked in January. .

“I came to a club that was on a relegation trajectory and we have been in the relegation zone for a long period of time,” Lampard told reporters on Wednesday.

He continued: “That’s how you deal with the situation in front of you, and the first thing is the practical aspect, the training and the focus, I think if you think about it (relegation), you increase the chances of it happening.”

He added: “This is not the time to lie. We know where we are. It’s about what we can deal with. We’re dealing with these remaining games.”

Lampard said striker Dominic Calvert-Lewin, who missed most of the season due to injury, could be available after missing Sunday’s game against Wolverhampton Wanderers due to illness.

He continued: “Dominic had a bit of training yesterday, we will see how he is this afternoon, it was frustrating for him because he is a great player and he is a really good player, he wants to play and he wants to reach the level he has been in the last two seasons.” .

On Thursday they host Newcastle United, who have lost once in the league since the start of the new year.

- Advertisement -
Share
Facebook
Twitter
Pinterest
WhatsApp
Previous articleFlorida manatee feeding program to wind down as temperatures rise
Next articleThe Russian ambassador rebukes the Iranian media: We are a nuclear power and we are not afraid of anyone