LaLiga standings. Barcelona participates with Real Madrid in the gift from Sevilla 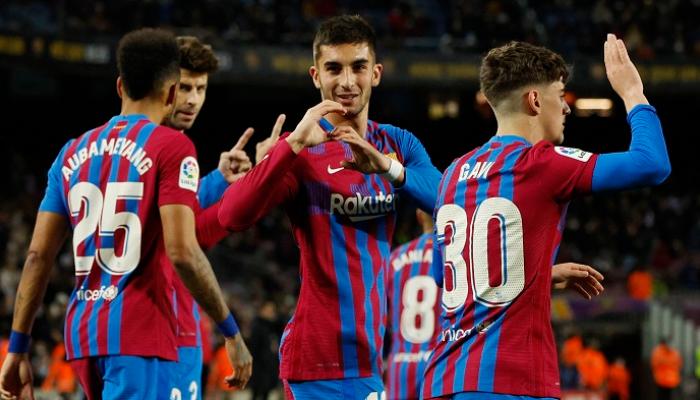 During the match, which was played at the Camp Nou stadium, Barcelona hit their stubborn rival with four landslides on matchday 28 of the competition, to continue their progression in the Spanish league table.

The goals for Barcelona were scored by Ferran Torres (2 goals), Pierre Aubameyang and Ricky Puig, in minutes 14, 21, 27 and 75, to add 3 valuable points to their tally and continue their triumphs in the competition hand in hand with his young coach, Xavi Hernández.

The victory raised Barcelona’s account to 51 points to return to third place in the LaLiga standings, with a goal difference against Atlético de Madrid, just 5 points behind Sevilla, who gave them a gift by drawing 1-1 with your host Rayo Vallecano (Sunday).

Barcelona will be able to cut the gap to just two points with Sevilla if they win their postponed match, in preparation for seizing the LaLiga standings later with ease if they beat Sevilla themselves or if the latter stumbles.

Sevilla’s draw is also a gift for Real Madrid, leader of the Spanish league with 63 points, before the fiery Clásico that is expected next Sunday against Barcelona on matchday 29.

In another match, Real Betis defeated Athletic Bilbao with an unanswered goal, to raise their score to 49 points in fifth place in the Spanish league table, while the loser’s balance was frozen at 40 points in ninth. place.

Real Sociedad defeated Deportivo Alaves with the same result, raising their score to 47 points in sixth place in the Spanish league table, while the loser was left with 22 points in penultimate position.