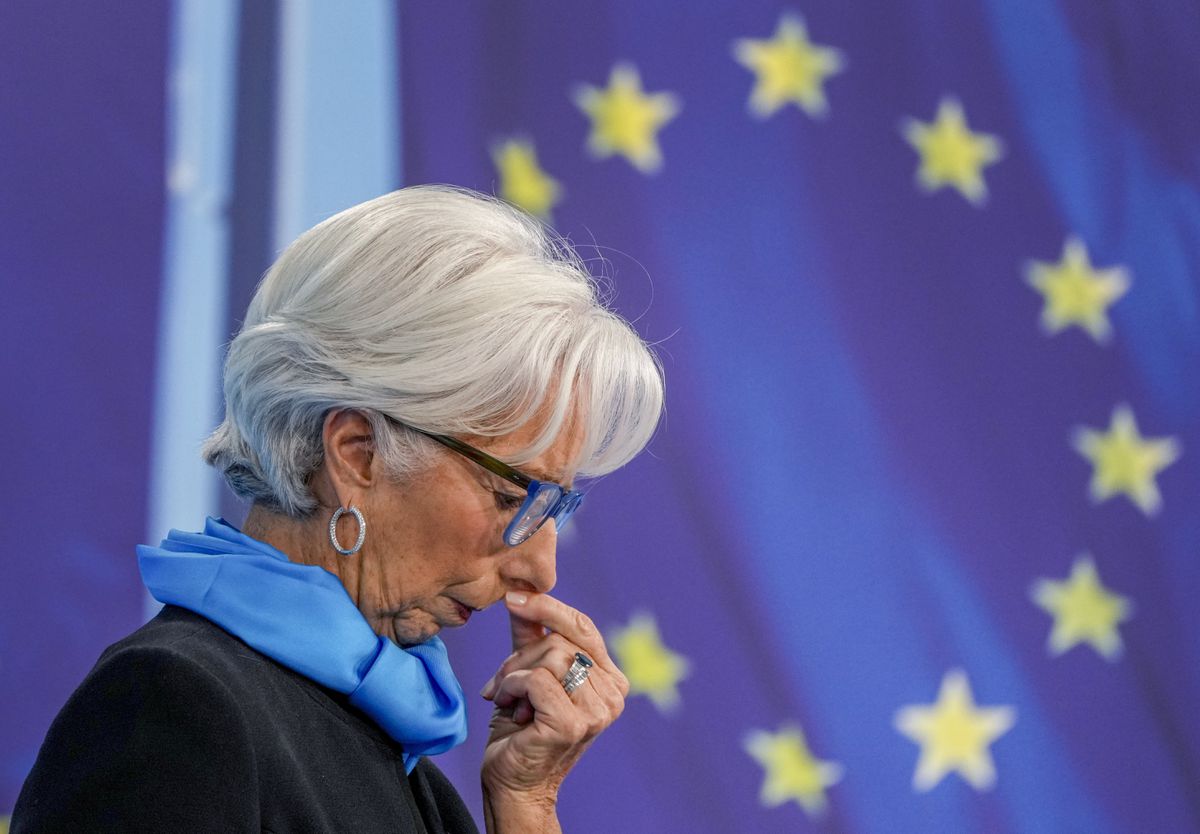 The European Central Bank (ECB) faces its major litmus test this Thursday, a twin challenge that few, if any, of the world’s issuing institutions have to face. First, it must get back to its essence and dust off the manual for fighting runaway inflation for a year, or what amounts to the same thing, raising interest rates. And at the same time it must at all costs prevent the currency area it regulates – 19 countries, each with its fiscal policies, labor markets, budget balances, political systems and democratic governments – from fragmenting and propelling it into another euro crisis.

The solution that is being outlined, and which could emerge this week, is to raise the price of money (interest rates) and create a mechanism to intervene in capital markets when it concludes that there is an unjustified difference between the There are yields Various countries in the currency area have to pay so-called risk premiums for borrowing.

These two dilemmas are not faced by the Bank of England, the Bank of Canada or the Federal Reserve, institutions that have been increasing the official price of money for some time, emphasizes Paul de Grauwe of the London School of Economics. And on top of them more print elements are added. On the one hand, the weakness of the euro against the dollar, after the recent continuous hikes in interest rates: 75 basis points at their last meeting, the largest increase since 1994. And on the other hand, the new drama in Italian politics, which brings Italy closer to new elections with the specter of far-right populism Fratelli d’Italia is leading the polls and personally ending the government of former ECB President Mario Draghi.

Summarizing this alternative in a single sentence – we shall see if it is correct – therefore means reducing the complexity of the debate that has taken place both inside and outside the ECB in recent weeks. Each new inflation reading of 8.6% in June has reinforced the arguments of those on the bank’s board of directors who argue that interest rates must be raised to contain prices, even though this is an additional drag on economic activity. But the storm that fell on the risk premiums of the countries in the worst fiscal position (Greece, Italy, Portugal, Spain, France, Belgium…) after the last regular meeting of the bank’s Board of Directors in June, when it became clear that he was in That month, for the first time in 11 years, he was planning to raise interest rates only became clear when there was another meeting, this extraordinary one, where it was announced that he would speed up the development of this tool.

From there the discussion started. On the one hand there are the so-called hawks, those who advocate rapid rate hikes and stop buying government bonds as soon as possible, even though this carries the high risk of a recession. These usually include the central bank governors of Germany, the Netherlands and Austria, this time also with support from Finland, former EU Commissioner Olli Rehn and ECB Vice President Luis de Guindos. On the other hand, the so-called doves, Spain, Italy, France, advocates of a more leisurely pace in rate hikes with the real argument that a large part of the rate hike is due to high energy prices, and advocates of an intervention mechanism that is not many countries Conditions required to benefit from their promotion. In the middle, President Christine Lagarde is trying to find the formula that will make everyone happy.

In recent days, work has accelerated greatly to reach a common point between both parties. The meeting point could be that some accept more aggressive rate hikes and others allow for a more flexible, unconditional and powerful intervention mechanism. Optimism has reigned in recent hours, financial sources point out. This flexibility of the anti-fragmentation instrument would give more freedom to act against inflation, with less risk of the eurozone collapsing. That may mean that Thursday’s rate hike was 50 basis points, higher than the 0.25% announced in June. And all due to the great specter that is political instability in Italy.

“The ECB is running late,” intervenes German economist Daniel Gros of the Center for Social Policy Studies (CEPS). think tank Brussels. It only refers to the fight against inflation. He clearly joins those who defend that the price of money should have been raised already. On the other hand, he doesn’t see the moment to start the anti-fragmentation tool: “The two decisions must be separated. The ECB cannot react to every market event.”

Maria Demertzis from Bruegel, the other big ideas laboratory in the municipal capital, takes the opposite position: “The decision is absolutely necessary. They were careful because they were very worried. Core inflation is not that high [4,6% en julio]. The only possible solution is the gradual way [para subir tipos]”, he shows.

The Spanish economist José Carlos Diez is in an intermediate position. “Of course it’s very late,” he says, referring to Gros or reports from the Dutch bank ING. On the other hand, he considers this mechanism to be absolutely necessary in order to avoid the discrepancy in risk premiums already observed in the last euro crisis. “The ECB can trigger a recession if it raises interest rates sharply,” he emphasizes, thus advocating a gradual fight against inflation. Diez also emphasizes the weakness of the euro as a pressure factor that is forcing the euro bank to act now “in order not to import inflation because raw materials are being paid for in dollars.” In other words, the single currency cannot depreciate further against the greenback because oil and gas (energy for short) are more expensive.