Lácteos San Antonio is recognized as a sustainable company in Cuenca 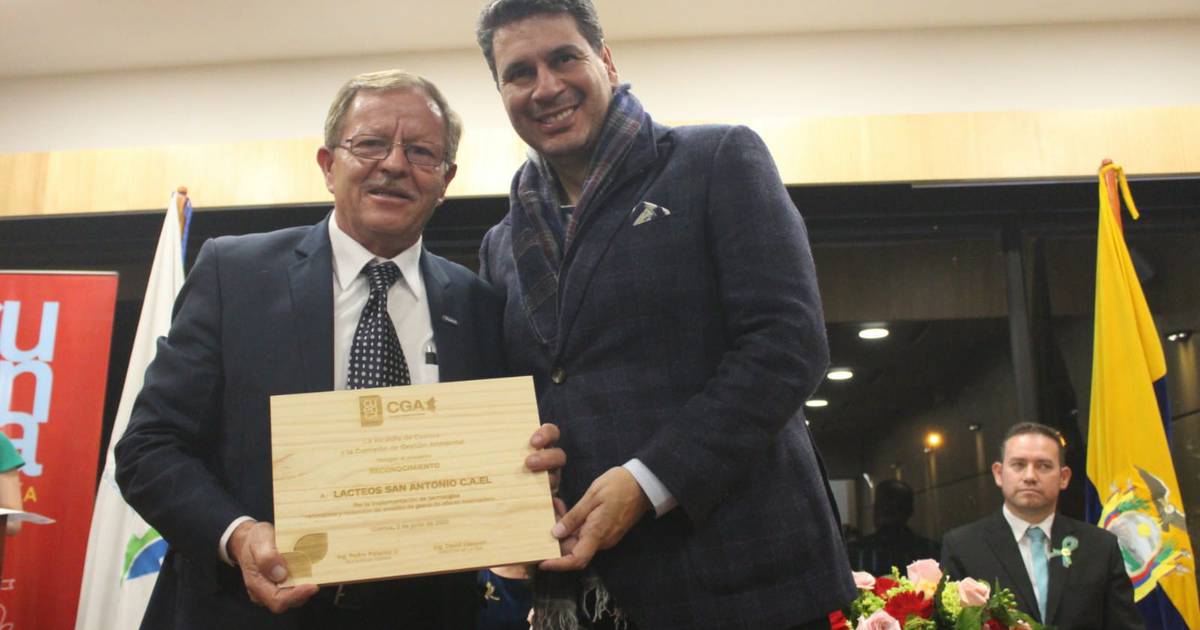 Lácteos San Antonio – Nutri – participated in the solemn session to commemorate the 25th anniversary of the creation of the Environmental Management Commission (CGA), held in Cuenca on June 2. Within the framework of sustainable private companies, Luis David Moncayo, general manager of Lácteos San Antonio, was recognized for the implementation of renewable technologies in favor of the reduction of greenhouse gases.

The Environmental Management Commission (CGA) is the decentralized public entity of local government that manages, coordinates, directs the management of the environment and exercises the powers of Environmental Authority for responsible application in the canton of Cuenca. Its main objective is to promote the orderly planning of the sustainable development of Cuenca through programs that encourage the full participation of its development entities, one of them, private enterprise.

The recognition of the company was pronounced by the mayor of Cuenca, Pedro Palacios, who congratulated the work carried out and highlighted the photovoltaic solar project carried out on the roof of the main factory of Lácteos San Antonio, capable of generating energies clean energy by directly converting sunlight into electricity, which avoids the emission of 632.32 tonnes of carbon dioxide (CO2) per year; which means the work of 790,394 mature trees per year.

For Lácteos San Antonio it is an honor to receive this type of recognition because, throughout its production system, it seeks to give back to the planet something that it offers us, promoting the use of materials recyclable packaging and clean processes. After the recognition received, Lácteos San Antonio reaffirms its commitment to caring for the environment, recycling and using renewable technologies.