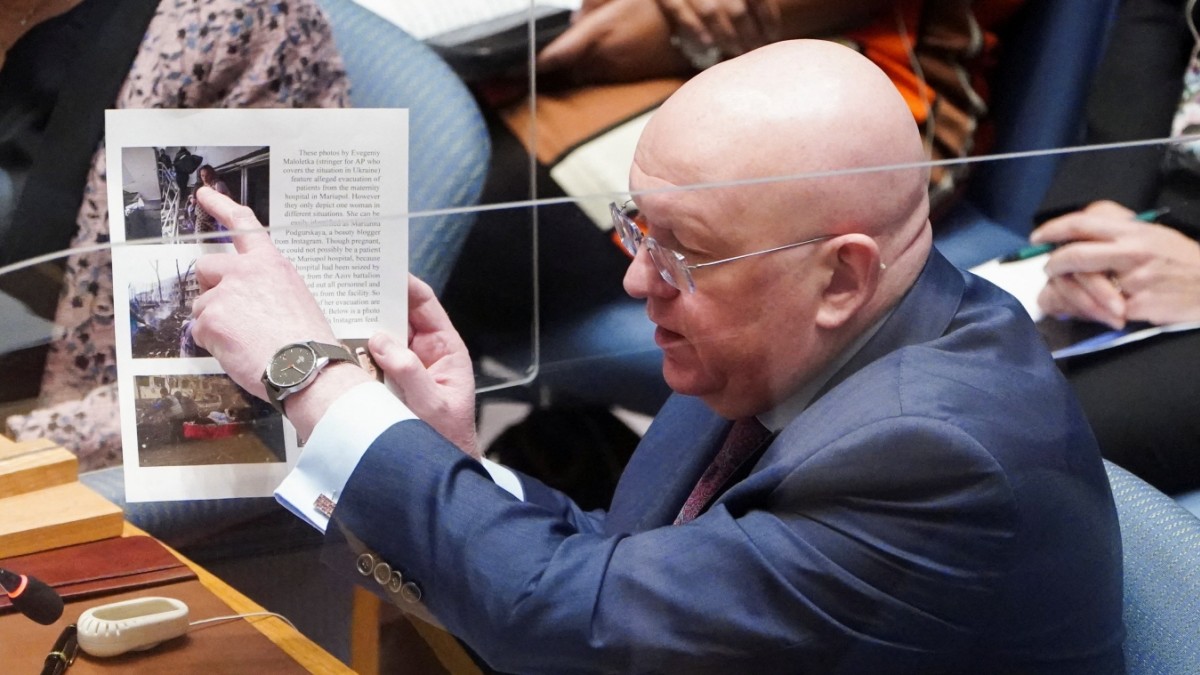 It’s a toxic mix that’s spreading among conspiracy theorists, and it reached the United Nations Security Council in New York on Friday. The Ukrainian government is developing biological weapons in secret laboratories with the help of the United States, Russia’s ambassador to the UN, Wassily Nebensja, told an urgent meeting that Russia itself had requested.

Russia has been preparing the ground for the propaganda campaign for months. Rumors about alleged secret US laboratories have been circulating for years, especially in pro-Russian circles in Ukraine. Last fall, the Ukrainian authorities felt compelled to deny the allegations. Russia is now feeding the theories again, since the first of January through social networks like Telegram. In February, Vladimir Putin also spoke vaguely about weapons of mass destruction in Ukraine. Meanwhile, Russia has solidified the narrative with a report from the Ministry of Defense and the publication of a large number of documents intended to corroborate the alleged secret activities.

On Friday, in the Security Council, the Russian ambassador, Nebensia, presented the thesis that the United States and Ukraine had developed genetically modified viruses that would only affect people of certain “races”. They wanted to spread these pathogens in Russia with the help of migratory birds and bats. Since the start of the secret weapons program, mysterious illnesses have been showing up more frequently in Ukraine, from measles to swine flu and bird flu to plague-like infections.

China demanded that the Russian accusations be examined. Chinese officials and the media have recently repeated reports about the alleged secret labs. The United States would operate such labs around the world, including in the vicinity of China. Apparently, this is a tit-for-tat return for China to come under pressure for its handling of Covid-19 and be accused of manufacturing the virus.

Western representatives on the Security Council criticized Russia for using the Security Council for a campaign of lies. The US government fears that Russia wants to use them as a cover: Russia could use biological weapons in the war and blame Ukraine for it. In this context, Ambassador Nebenzia’s request to European diplomats to “think about the very real biological danger to people in European countries emanating from an uncontrolled spread of biological weapons through Ukraine” sounds like a threat.

In fact, the United States is co-financing laboratories in the Ukraine. However, they are by no means secret, but part of a program to eliminate and prevent weapons of mass destruction. The US Embassy in Kiev has posted detailed documents about the activities on its website. This shows, for example, that the US paid security measures for partially outdated laboratories. And that there is also research to combat pandemics caused by biological weapons or naturally mutated viruses – specifically, anthrax, smallpox and avian flu are mentioned. Animal hosts such as migratory birds and bats are also being investigated because they have been shown to trigger pandemics.

Russia now claims that these labs served only as a front for covert biological weapons programs to threaten Russia. In the US, right-wing figureheads like Tucker Carlson are busy spreading Russian claims these days. “QAnon” followers have already spun the mother of all conspiracy theories in times of Corona: Russia is waging a war in Ukraine to prevent US chief epidemiologist Anthony Fauci from finishing his work on the next version of the Covid 19 virus that it could bring there.