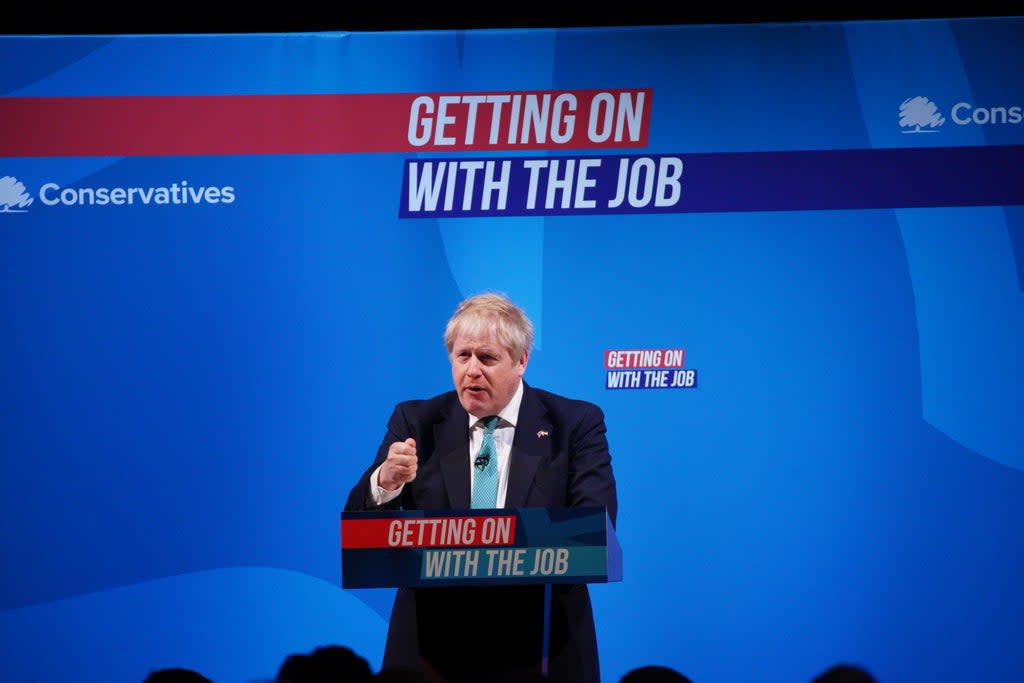 Boris Johnson has been accused of being a “national security threat” following reports that he was at a Tory party fundraiser the night Vladimir Putin launched his invasion of Ukraine.

The Prime Minister delivered a short speech at the event as Russian forces prepared to launch their assault.

The Sunday Times reported that donors at the event included Lubov Chernukhin, the wife of a former Russian deputy finance minister.

Johnson reportedly gave an introductory speech at the event, which began around 8:00 p.m. on February 23 at Spencer House, a mile from Downing Street.

The prime minister was present for about 20 minutes according to number 10.

Back in Downing Street, around 4 a.m. on February 24, Johnson awoke to the news that Russia had launched the invasion the West had feared for weeks.

A spokesman for No 10 told the newspaper: “The prime minister briefly attended this event, which was a long-standing daily engagement.

“Fundraising is a legitimate part of our democratic process and it is not unusual for the Prime Minister, or any political leader, to attend such an event.”

Labor Party chairwoman Anneliese Dodds said: “On the eve of war, the prime minister should have focused entirely on national security, not trying to extort cash from the wife of Putin’s former finance minister.

“Boris Johnson’s party has accepted more than £6.5m from donors linked to Putin’s murderous regime. I should be cleaning up our politics, not courting these people for more money.

“Boris Johnson is a threat to national security.”

Ms Dodds’ comments are the latest sign that Russia and the war in Ukraine will be an internal political battleground in the run-up to local elections in May.

It followed a claim by Mr Johnson that Labor had waved the “white flag” in the face of Russian aggression.

At the Tory spring conference in Blackpool, Johnson said: “Do we want them in charge… right now? Do we want them to fly the white flag? Do you see them standing up to Putin’s blackmail?”