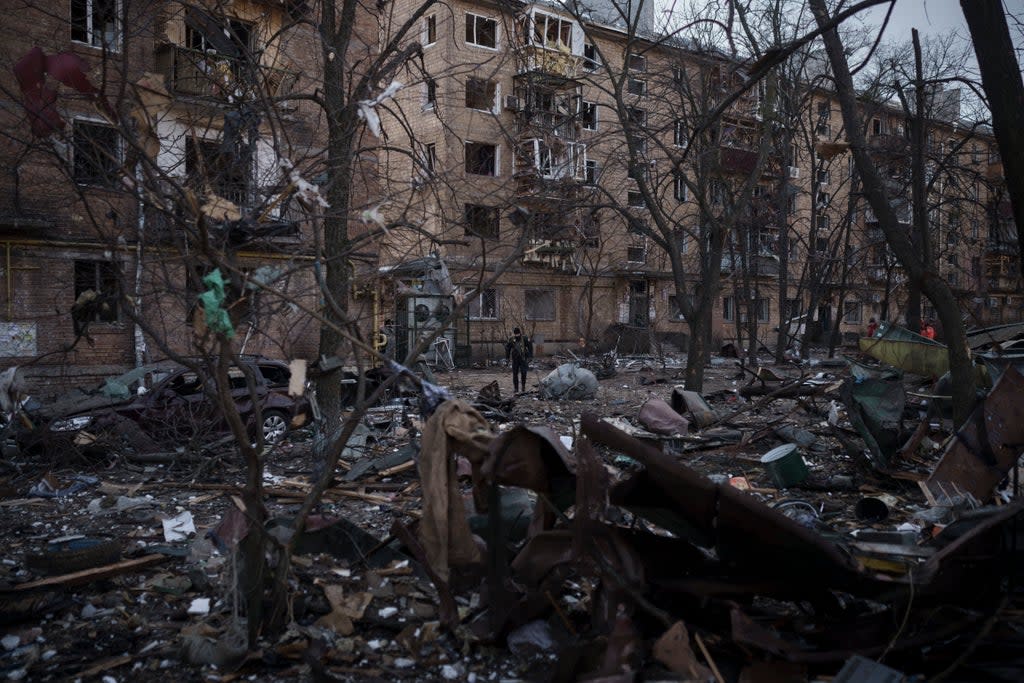 Ukraine’s “huge stock” of unexploded shells and mines will take years to defuse once the war is over, the country’s interior minister has warned.

Denys Monastyrsky said on Friday that the war-torn country will still need Western support after the Russian invasion to clean up the remnants of the brutal conflict.

“A large number of shells and mines have been fired at Ukraine and a large part has not exploded, they remain under the rubble and pose a real threat,” Monastyrsky told the Associated Press from kyiv.

“It will take years, not months, to deactivate them.”

Alongside swaths of Russian unexploded ordnance, Ukrainian forces placed landmines on bridges, airports and other key infrastructure to prevent Putin’s troops from using them.

“We are not going to be able to remove the mines from all of that territory, so I asked our international partners and colleagues from the European Union and the United States to prepare groups of experts to demine the combat areas and the facilities that were bombed,” Monastyrsky said.

Another source of concern for the kyiv official is the management of the fires caused by the incessant strikes. Monastyrsky said the capital is suffering from a severe shortage of personnel and equipment to deal with fires amid constant shelling.

Despite recent warnings of a likely large-scale Russian attack on kyiv, the forces have made little progress of late and have suffered significant losses.

It comes as the officer in charge of defending the region around the country’s capital said on Friday that his forces are well positioned to defend the city.

Speaking to the AP, Maj. Gen. Oleksandr Pavlyuk said “the enemy is stopped,” adding that “we are improving this system of defensive lines” to make kyiv “inaccessible to the enemy.”

In the face of three weeks of intense Russian bombardment, Ukraine has managed to maintain the defenses of its cities.

“From time to time, the enemy tests our defenses, but our guys are strong in their positions and also play an active role in preventing the enemy from carrying out their plans,” he said.

Pavlyuk, who was put in charge of the capital’s military defenses earlier this week, said Moscow was employing the same tactics it used when conflict with Russian-backed separatists broke out in eastern Ukraine in 2014.

“That is why now that war has been transformed into killing civilians, destroying civilian infrastructure, to scare our people as much as possible,” he said.

The Independent has a proud history of campaigning for the rights of the most vulnerable, and we first launched our Refugees Welcome campaign during the war in Syria in 2015.

Now, as we renew our campaign and launch this petition in the wake of the unfolding Ukrainian crisis, we call on the government to go further and faster to ensure aid is delivered.