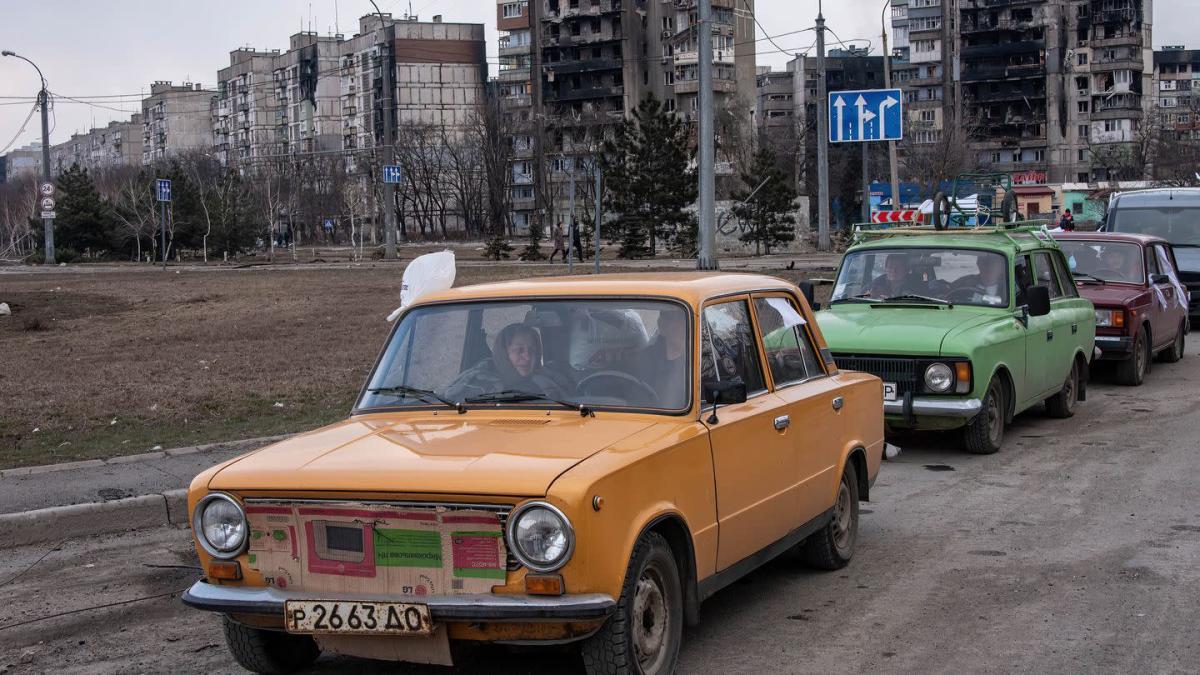 kyiv/Moscow (dpa) – According to reports from kyiv, pro-Russian separatists have stopped an aid convoy not far from the besieged Ukrainian port of Mariupol.

The arrested people were driving buses in which civilians were to be evacuated from Mariupol, Vereshchuk said. The escape route had been agreed with the International Red Cross. More than 100,000 people are awaiting an evacuation but are stuck in the Azov Seaside city, where observers say the situation is becoming increasingly dramatic.

According to Ukrainian information, almost 6,000 people were able to leave Mariupol in private cars on Tuesday. Meanwhile, the Russian Defense Ministry said more than 68,000 civilians had been evacuated from the city without help from kyiv. These people are now “in complete safety under the protection of the Russian Federation.” kyiv, on the other hand, accuses Moscow of bringing women and children in particular to Russia against their will.