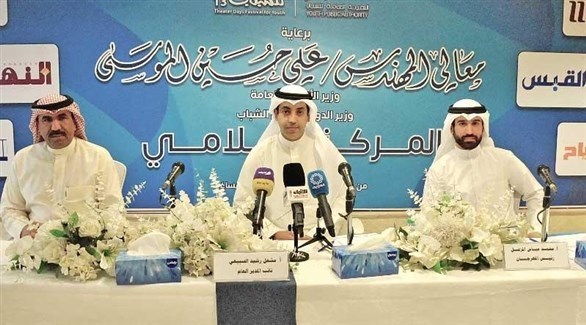 After being forcibly halted for two years due to the Corona virus pandemic, the Youth Theater Days Festival returned for its 13th session on Sunday night, with a special celebration of the late Kuwaiti artist Khaled Al- Nafisi.

The festival, which is organized by the Public Authority for Youth and will last until March 20, includes 5 theatrical performances by Kuwaiti youth, all of which will be shown at the Dasma Theatre.

At the opening, the Minister of Public Works and Minister of State for Youth Affairs, Ali Al-Mousa, said that this festival is considered one of the most important youth cultural and artistic events that receives great attention at the local and Arab levels. .

Mishaal Al-Shaheen Al-Rabee, Director General of the Public Authority for Youth, said that the authority is looking forward to the creativity of young people in this festival, after a two-year hiatus due to the pandemic.

“Through art, literature and history, you can change, empower communities and address the problems that we suffer in our societies,” he added.

He continued: “Kuwaiti art is distinguished in the region for its capabilities and creativity and the great legacy it has achieved over the years. Today, at the Public Authority for Youth, our role is to support and prepare a second and third young generation”. creative men and women in the artistic and theatrical fields”.

Participating teams will compete for 13 financial prizes offered by the festival, with the grand prize named after the late Kuwaiti actor Khaled Al-Nafisi in recognition of his artistic gift.

Al-Rabie said that Kuwait, the Gulf and the Arab world: “They have lost something important… leaving a big mark on the Arab artistic level.”

He added: “I think this is the least we can offer to a character of this type. Khaled Al-Nafisi, without a doubt, shaped all of our personalities and we learned a lot from him, and we are still repeating his lines and the songs he sang.” . We hope to find a new Khaled.”

Guests from outside Kuwait were not invited due to time constraints and pandemic conditions, while the festival performances will be streamed live on YouTube and the Public Authority for Youth’s Instagram account.

Theatrical performances are accompanied by workshops, round tables and symposia dealing with the fortieth anniversary of the founding of the Youth Theater in Kuwait, the role of youth creativity in history and drawing, the professional entrepreneur, the mobile theater project and the music history project There will also be a symposium for the jury on selection and evaluation of performances.