Kroos: “In pre-season we don’t have games that really count, but we know their importance” 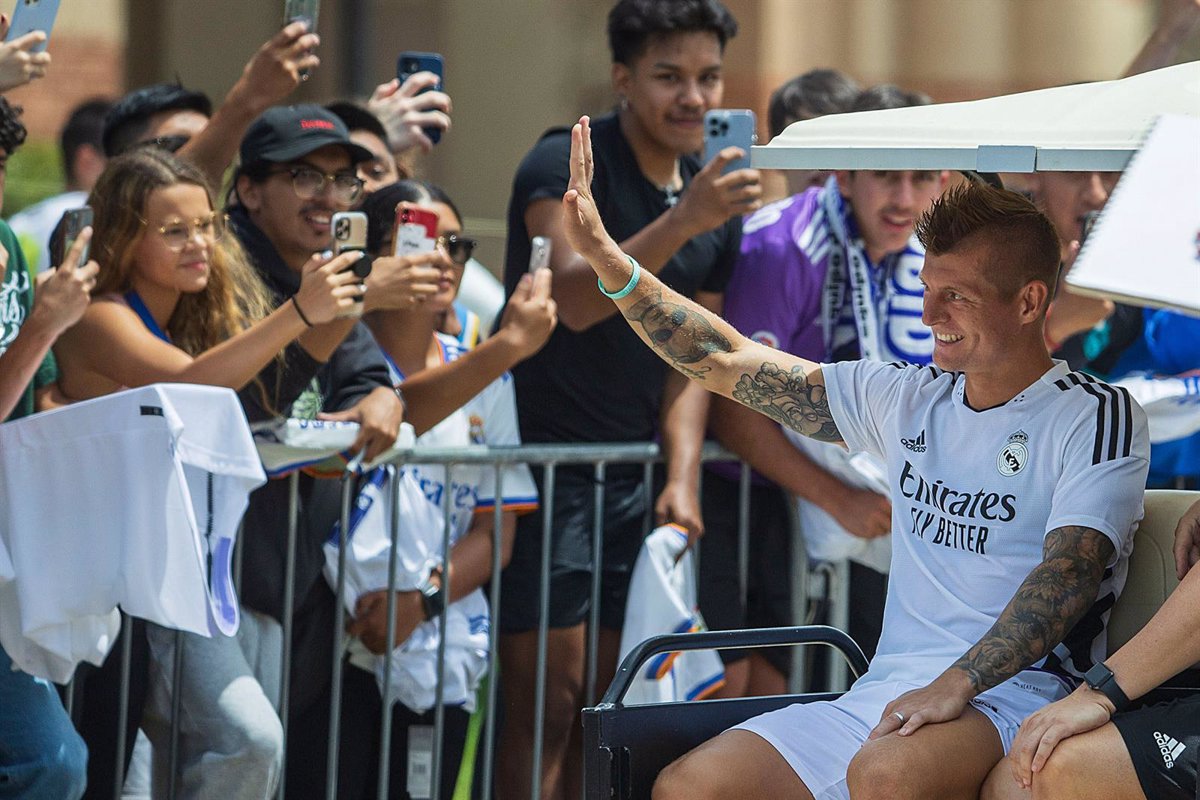 Real Madrid’s Germany midfielder Toni Kroos stressed that pre-season isn’t the part of the year they like the most because they don’t have ‘the games that really count’, but he didn’t warn that they should know “importance” to be willing to compete for all the titles they are committed to, although “it’s not always possible”.

“It’s not the part we enjoy the most because we don’t have games that really count and we all want to play, but it’s preparation and we know how important it is because it has to last us all season . It’s another pre-season, I know what’s important to prepare everything that’s to come because the seasons are very long,” Kroos told the club’s official media.

The German admitted that they are “a little bit better” every day and that they “work hard in a pre-season” on everything they like best, “working with the ball” and also what they “am least” like “It’s more the purely physical part.

“It helps us pick up the pace for the games and being available for August 10th when we have the first important game and playing for a title and all the days leading up to that are used to set it up and take minutes to be good when the important games come around,” the madridista continued.

For the coming season, Kroos finally made it clear that “as always” they would try to “fight for all titles”. “You want to win every competition here and although we’ll try, it’s not always possible. There’s the European Super Cup, the LaLiga, the Champions League and in the winter there’s the World Cup and the Spanish Super Cup.” . There are many titles at stake and those who know us know that we will try to win them all, although we know it is not easy,” he said.

Previous articleSergio García will “delay” his departure from the European Tour for the time being.
Next articleFDP plans: nuclear power plants should operate until 2024