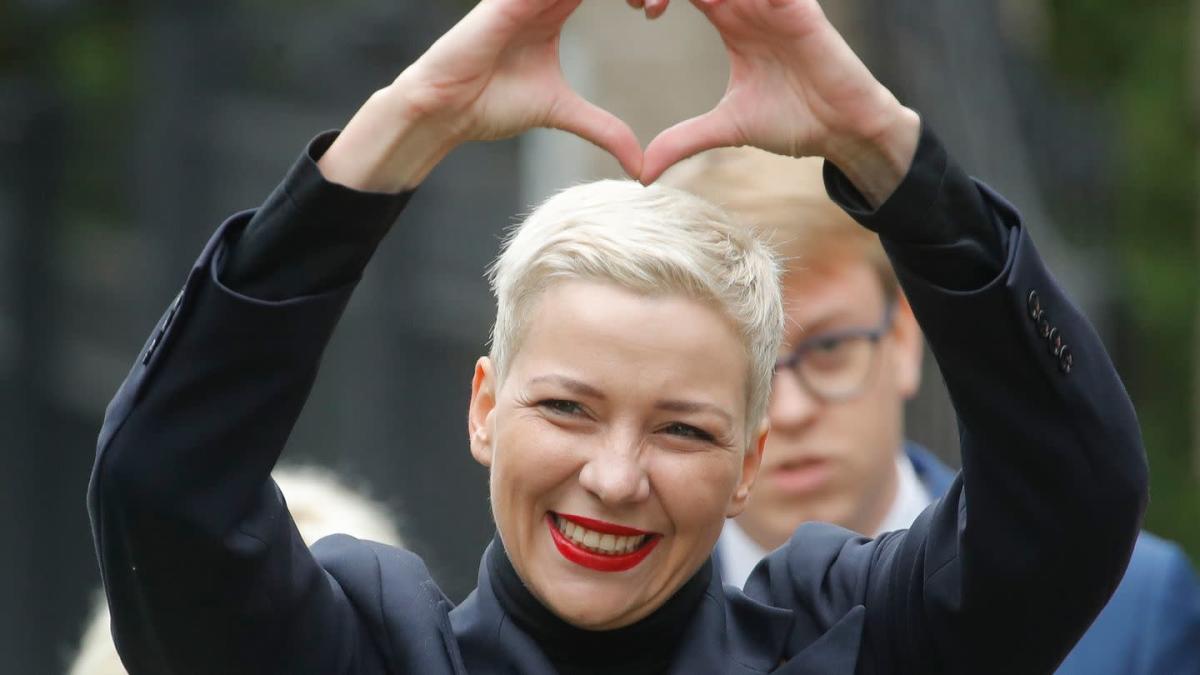 Stuttgart (dpa) – Belarusian opponent Maria Kolesnikova has been awarded the Theodor Haecker Prize by the city of Esslingen (Baden-Württemberg) for her commitment and political courage.

Because the 39-year-old was sentenced to a lengthy prison term, her sister, Taziana Chomitsch, accepted the award for her. While Kolesnikova is serving time in prison, Chomitsch continues to try to remind her of her situation in her home country and her prisoners.

According to her, her sister is doing well under the circumstances. “She is so strong and so confident, as far as I can tell,” Chomitsch told the German Press Agency in Esslingen. “And I am convinced that she is still full of hope for herself and for our country.”

Kolesnikova was kidnapped by the KGB secret service in Minsk

During the protests against the ruler Alexander Lukashenko in Belarus, Maria Kolesnikova was a symbol of freedom. She became known internationally during the August 2020 presidential election along with civil rights activist Svetlana Tichanovskaya and Veronika Zepkalo. The other two women are exiled abroad. After the accusations of fraud against the vote, Kolesnikova joined the mass protests against Lukashenko, who had been criticized as “the last dictator of Europe”. The ruler suppressed the demonstrations, sometimes bloodily, and declared war on his opponents. Also Kolesnikova.

The activist and musician was kidnapped by the secret service of the KGB in Minsk. When she was about to be deported to Ukraine, he tore up her passport just before crossing the border, foiling her plans to expel her from the country. She received international recognition for this. At the beginning of September last year, the artist, who also worked for a long time as a cultural manager in Stuttgart, was sentenced to eleven years in a prison camp in an internationally criticized trial. The Belarusian authoritarian state apparatus accuses her of trying to seize power.

The Theodor Haecker Prize has been awarded every two years since 1995. This time it is endowed with 5,000 euros for its extraordinary prize. It is named after the writer and resistance fighter for National Socialism who was born in 1897. Haecker had spent much of his life in Esslingen.