Know what agreements were made in the act for peace 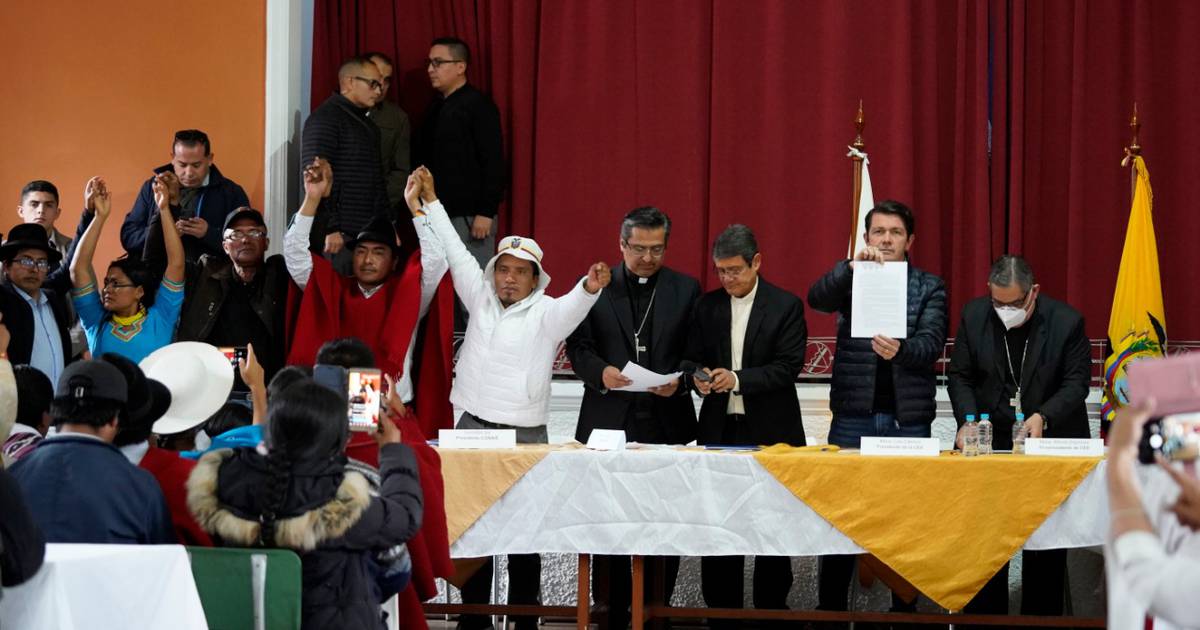 The national government and indigenous movements signed an act for peace on June 30, 2022, after 18 days of mobilizations in the country. It is the result of dialogues and agreements for peaceful coexistence, public order and the development of Ecuador. The signature was made from the headquarters of the Ecuadorian Episcopal Conference, the body that led the mediation.

With the signing of this act, the indigenous movements declare the cessation of mobilizations throughout the country and the gradual return to the territories; as well as the suspension of any act likely to affect peace and public order.

We have achieved the supreme value to which we all aspire: peace in our country.

The strike has ended.

Now, together, we begin the task of transforming this peace into progress, well-being and opportunity for all.

As part of the agreements aimed at bringing peace to the country, the government has decided:

In addition, previously, the national government, during the 18 days of mobilizations, took the following decisions to meet the main needs of Ecuadorians: strengthening price control of basic necessities; declare a health emergency; debt forgiveness up to USD 3,000 from BanEcuador; compensatory measures for agriculture; double the budget for bilingual intercultural education and increase the human development bonus to 55 USD.

We signed the “Peace Act” with which the strike ends and a call is made for peaceful coexistence, public order, economic development of the country and national reconciliation.
Today there are no individual winners or losers, today the only winner is Ecuador🇪🇨💪🏾💪🏻 pic.twitter.com/Us18HM4f0l

For the follow-up of the commitments, the National Government and the representatives of Conaie, Feine and Fenocin have agreed to set up a dialogue table with a defined methodology for the follow-up of these agreements and other points, which will last 90 days and in which will guarantee the presence of the state functions related to the points discussed.