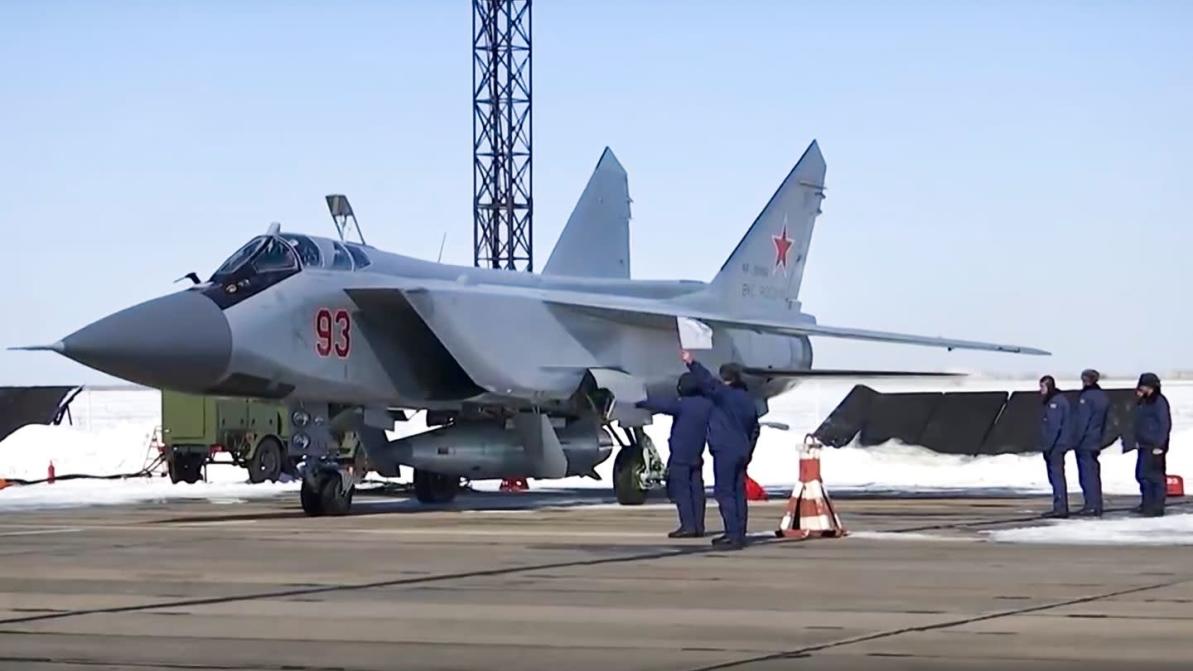 Moscow (AP) – The Ch-47M2 Kinzhal (“Dagger”) hypersonic missile is one of the most fearsome newcomers to the Russian Air Force. The rockets, which are around eight meters long, fly extremely fast and extremely high, but are still maneuverable, according to Russian information.

According to NATO, they can hardly be intercepted with conventional air defense or missile defense. The Western alliance has dubbed Russia’s new AS-24 Killjoy (“killjoy”) weapon.

President Vladimir Putin publicly introduced “Kinzhal” missiles as one of several superweapons for the first time in his March 2018 address to the nation. According to him, the new rocket should reach up to ten times the speed of sound. Until now, the “Kinzhal” missiles have been used mainly for maneuvers, most recently a few days before the invasion of Ukraine, which began on February 24.

The «Kinzhal» is fired at high altitude by MiG-31 interceptors. Only at a safe distance from the aircraft does its own rocket engine ignite. It first takes the “Kinschal” up to 20 kilometers high, where the rocket has to withstand high friction temperatures, and then descends to the target. When launched from a MiG-31, the weapon system has a range of up to 2,000 kilometers, according to Russian information.

It can also carry nuclear warheads.

The “Kinschal” carries up to 480 kilograms of explosives or a nuclear warhead. The missile could therefore attack important infrastructure in Europe, such as airfields, the US think tank Center for Strategic and International Studies (CSIS) wrote. Large NATO ships in the Atlantic could also become targets.

The United States and China are also working on the development of hypersonic missiles. NATO also lists investigations in Britain, France, Germany, Australia and India in a 2020 document. Part of this is about defending against such missiles.

Because the new class of weapons creates strategic uncertainty: does a conventional missile fly at me that fast, or is it a nuclear strike? “Hypersonic missiles, with their novel combination of speed and maneuverability, can outperform all current missile defense systems and radically reduce the reaction time of the attacked actor,” the Munich Security Conference wrote in its 2019 report.