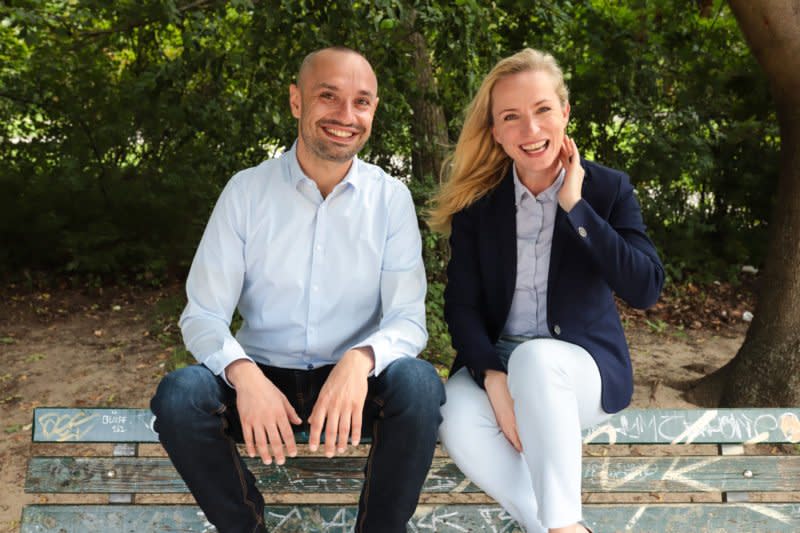 “Your child has tested positive,” a phrase parents fear most these days when the phone rings in the morning and the school address is there. Then things need to be done quickly: move work home, pick up the sick child, organize a PCR test, and then think about how eight hours of office time without childcare can be saved. Another show on KiKa? Read a story or cut a cardboard box between two video calls? After two years of the pandemic, mothers and fathers are tested to improvise and endure the quarantine.

The Omicron situation is gaining momentum: The Robert Koch Institute (RKI) has reported infection figures in children and adolescents over the last seven days that have far exceeded the mark of 2,500 per 100,000 inhabitants. If masks and tests are no longer compulsory in schools from April, the number of corona cases in children could rise even further, so that everyday life in quarantine remains a family affair. Digital childcare service providers rely on this to spend time at home for children and to relieve parents in the home office. One of them is the startup Kidscircle from Berlin, founded in 2020.

Through the portal, children between the ages of four and 14 can enter several thematic virtual rooms in the so-called Kidscircle house every hour of the day, where they can do crafts and paint, experiment, learn magic tricks or practice dance steps. Parents pay 16.80 euros for one hour of online attention and can register their children up to three hours before the start. In video conferences, a child always meets three other children of about the same age and a teacher, known as the “child coach.” Group size is deliberately kept small so that children do not lose interest in the activities.

In general, the trainers have to be able to react spontaneously when the children, despite the craft lesson, are more interested in doing magic or just want to chat. “It’s the same as in kindergarten,” says founder Sabine Wildemann. “The caregivers have to see how the children’s mood is and take it into account during the lesson.” That is why it is necessary to constantly vary the content and incorporate units of movement in the middle. “We don’t want to measure performance and assess if something is good or bad. Children should feel comfortable with us”, emphasizes the Berliner. For the past three weeks, the startup has also been offering courses and workshops where kids can, for example, get a computer driver’s license, learn yoga, or get skincare tips.

Not all children find it easy to immediately connect with strangers through the screen. Especially since the trainers rotate in the themed rooms and the groups are reorganized. Especially with young children, parents should always be around or book individual care first, says Wildemann. If a specific parent caregiver is requested, the startup will endeavor to accommodate. The trainers for the courses are specified in advance. In general, it is possible to send children who are friends together in groups. “We continue to get feedback from parents that new friendships are being formed through video supervision and that children are making arrangements to meet up,” says Felix Kosel, Wildemann’s business partner since November 2020.

When choosing their employees, Berliners pay a lot of attention to pedagogical skills: “If someone has done a babysitting job during the holidays, that’s not enough for us,” emphasizes Wildemann; many years of experience working with children is a must. Coaches of children, who are now around 25 years old, can collect them in many different ways. “In our team, for example, there are clinic clowns who have been visiting sick children in wards for years, theater actors, but also cruise ship entertainers and horten keepers,” says the founder. Above all, it is important for her to feel the blood of her heart. The startup also observes the legal requirements for daycare workers. Therefore, employees must present a medical certificate and an extended criminal record certificate.

Protected spaces thanks to Norwegian software

A “one-woman show,” as she puts it, Wildemann started her company in the spring of 2020 with eight child trainers. Originally, the entrepreneur had in mind a flexible form of analog child care that parents could book both indoors and outdoors at different locations within a city to save time and travel. With the corona numbers rising in March 2020, the Berliner was forced to quickly rethink.

“Within two weeks we completely transferred the idea to the digital space,” says Wildemann. To do this, he first had to find a suitable software that handled the data in a sensitive way. American companies like Zoom were out of the question for her, instead she chose the Norwegian company Whereby, which relies on the EU’s general data protection regulation. “The program is easy to use through a browser. It is also very safe because the children knock first before entering the room one by one”, says the founder.

If a child flies out of the video switch and cannot be heard or seen for more than three minutes, parents are notified immediately. “Our kids’ coaches are always connected to the support team,” explains Felix Kosel. “But that rarely happens. If the internet goes down for a short time, kids usually find their way back to care quickly, or we call the parents.” In addition, the startup pointedly points out that parents remain responsible for supervision during online care hours.”It was immediately clear to me that the duty of supervision cannot be transferred to us, as in day care, if the coaches and kids are in different rooms,” says Wildemann. He wants to draw clear boundaries because he doesn’t want Kidscircle to replace physical care for little ones.

Astrazeneca and Pfizer as clients

Together with Kosel, who is familiar with digital sales, Wildemann expanded the business model to B2B in the winter of 2020: In addition to families, companies can also book childcare hours for employees’ children and thus therefore position themselves as family-friendly.

They pay 25 euros per child per hour. Wildemann doesn’t give precise information to the start-up scene about how many companies Kidscircle has already won. After all, the startup lists a selection of partners on its website. These include large pharmaceutical companies such as Astrazeneca, UCB, Sanofi and Pfizer, publishers Cornelsen and Gruner + Jahr, as well as some German universities and colleges. Childcare startup Voiio, which has been active in the market for some time, also offers video childcare for children from companies Henkel, Otto and EY, for example. The interest seems to be great; this is also shown by Ifo Institute figures from 2020. In the survey, 29 percent of around 1,000 HR managers surveyed said they had been offering digital support to their employees since the pandemic.

While startups like Kidscircle and Voiio plan to use digital child care to promote children’s technical skills and familiarize them with the Internet, there are concerns on the scientific side. Generation researcher and psychologist Rüdiger Maas is critical of introducing children to digital content too soon. “I can’t digitize a four-year-old and sit in front of a laptop like a manager,” he says. There would be no conflicts in the digital space, children could only experience and resolve them if they played together with other children, in real encounters.

Furthermore, communication via video is exhausting and stressful, in young research experts speak of video fatigue. Therefore, digital care should not be permanent and should not be used more than once a week, ideally for older children from the age of ten. “With online support, it’s like a digital beer after work: it doesn’t taste good,” says Maas.

Digital solutions often have less to do with doing something nice for children. In principle, adults would tend to see only advantages and efficiency gains in digitization. “You can say that online childcare was invented by people who grew up using analog methods,” says the scientist. It might be nice if the kids got by without constant entertainment. “Boredom is important for training children’s patience, empathy, imagination and concentration,” explains Maas.

At the moment, Kidscircle wants to focus mainly on Germany. Individual pilot customers from Austria and Switzerland, as well as expats living with their families in the US and Finland, now also use KidsCircle. Last but not least, five Swiss business angels, who have been investing in the startup since 2021, could drive expansion in Switzerland: These include tech entrepreneur Nicole Herzog, several board members Corinne Rohne and early-stage investor Carole Ackermann, who with Diamondscull her own holding company. Additionally, Xing co-founder and German art collector Daniela Hinrichs participates in KidsCircle. Doodle co-founder Myke Näf has also been an investor in the Berlin company from the start.

Wildemann and Kosel are still negotiating with potential new funders on their second funding round through the end of March. Trading partners do not comment on sums that have already been collected. Wildemann is not surprised that her product is particularly well received by female investors: “Women see the issue of equal opportunities at work in a completely different way and want to make a difference there.”