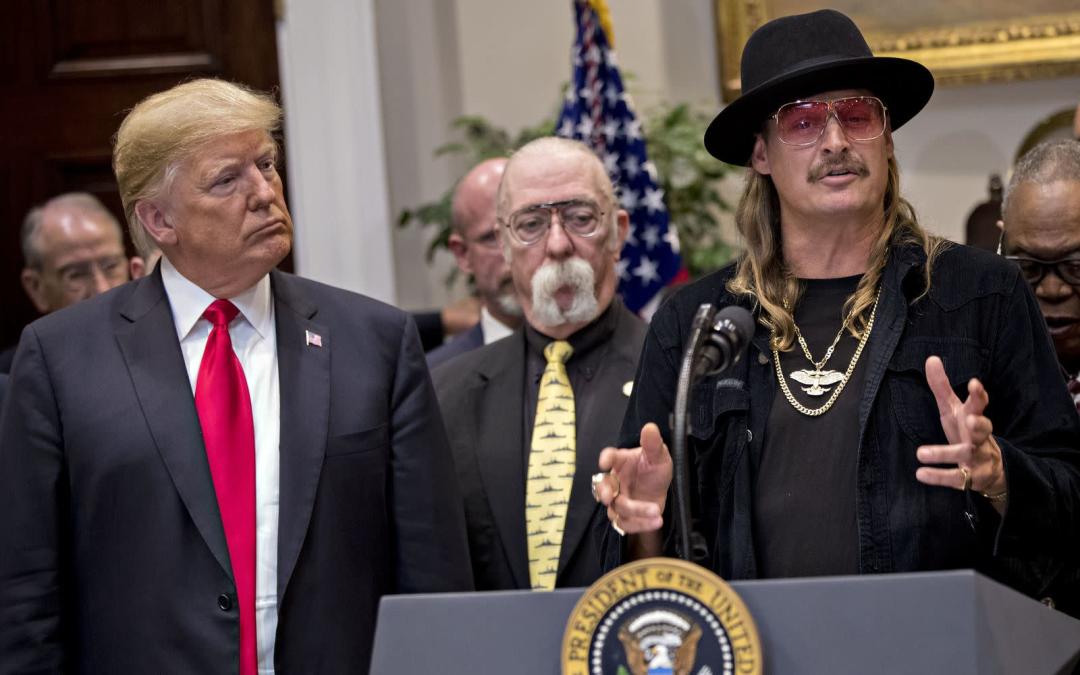 From rock musician to political adviser? Donald Trump is said to have asked Kid Rock about his assessment of North Korea. In 2017, the singer visited the then President of the United States at the White House.

He’s a self-confessed gun enthusiast, avid hunter, and an ardent patriot: Kid Rock’s endorsement of Donald Trump comes as no surprise. Now, the southern rocker, whose real name is Robert James Ritchie, spoke about his meetings with the former president in an interview with the American television network Fox. Among other things, the musician told about a visit to the White House in 2017, during which Trump is said to have asked for an assessment of North Korea.

“What do you think we should do about North Korea?” Trump is reported to have asked the singer. However, the latter was unable to give any advice to the president. “I said, ‘What? I don’t think he’s qualified to answer that,'” the 51-year-old recalled in an interview with FOX host Tucker Carlson.

Trump also wanted his opinion on a tweet about US attacks on Islamists in the Middle East. The musician was enthusiastic about the original wording, which, according to the “All Summer Long” singer, threatened anyone who wanted to join the caliphate with death. Kid Rock was surprised when the tweet that was posted took on a much softer tone.