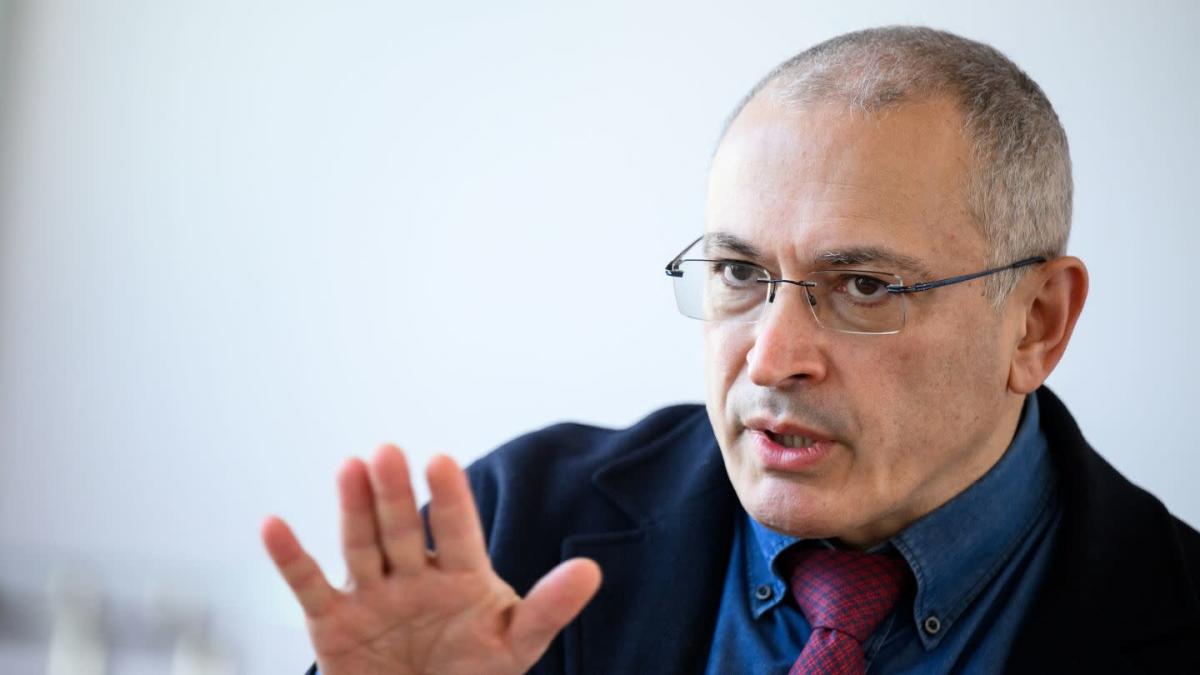 Berlin (AP) – Kremlin critic Mikhail Khodorkovsky has urged the West to introduce a no-fly zone over Ukraine. Military experts would have to decide exactly how this would be implemented, the former Russian oligarch, now living in exile in the West, said in Berlin on Wednesday.

“But nothing works without a no-fly zone.” He described NATO’s fears of being drawn into a war with Russia as nonsense.

Negotiations between Western heads of state and Russian President Vladimir Putin are getting nowhere, said Khodorkovsky, who had a falling out with Putin decades ago and was jailed in Russia for years for tax evasion. Putin is a “mobster”, said Khodorkovsky after the words of a translator. Ukraine’s negotiations with Russia are also currently pointless. Only development on the battlefield is decisive. “Talks don’t help here.”

The fact that the German National Socialists were not arrested in 1938 cost Europe dearly. “And now this mistake is repeated one by one according to a blueprint.” The 58-year-old used to be the head of the Russian state-owned oil company Yukos. Following his breakup with Putin, he was jailed from 2003 to 2013. He was later pardoned and allowed to leave Russia.