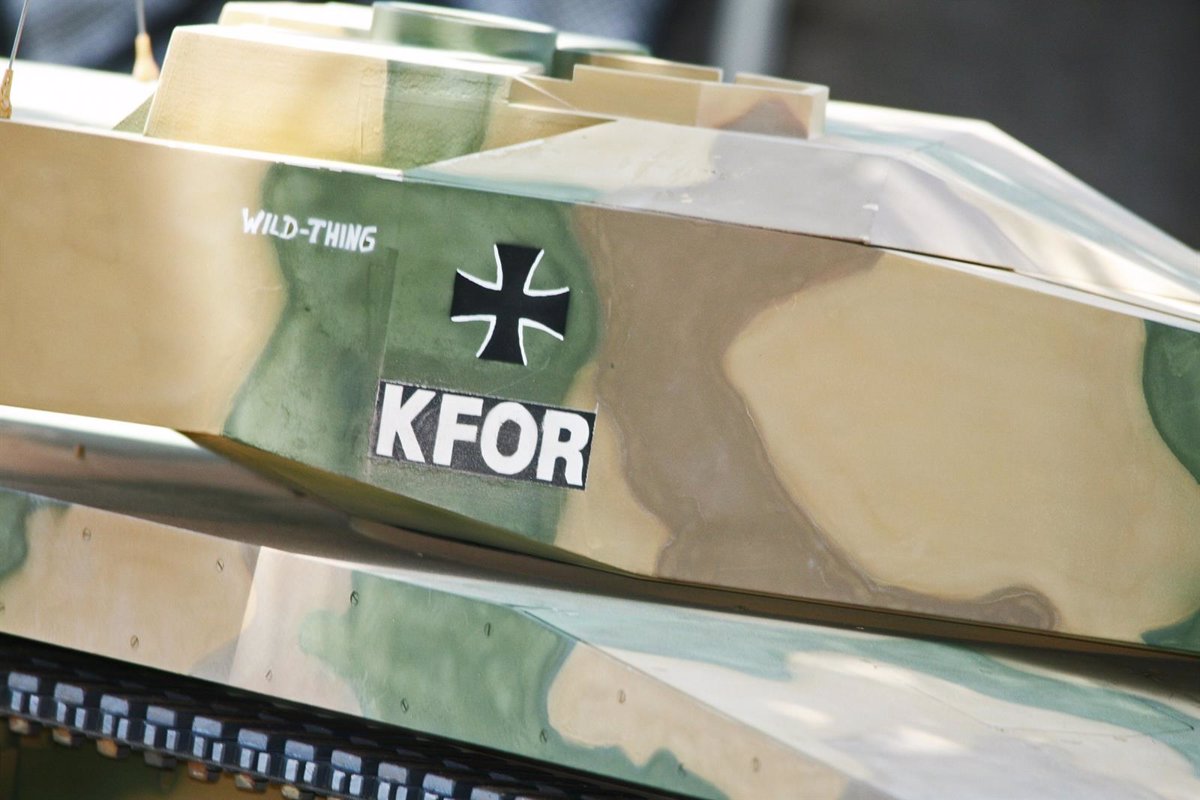 NATO Force for Kosovo (KFOR) announced at the last minute this Sunday that it “stands ready to intervene” if the stability of northern Kosovo is threatened after Serbs from northern Kosovo cut two border crossings connecting the region to Serbia .

“KFOR will at all times, in accordance with its UN mandate, take all necessary measures to maintain a safe and secure environment in Kosovo at all times,” he said in a statement on his Twitter account after registering the rise in tensions in northern Kosovo in recent hours.

The dispute has started to protest the coming into effect this Monday of a new Kosovan regulation on identity documents and license plates, requiring those entering the country from Serbia to surrender their Serbian identity documents for documents issued by Pristina valid for three months.

Similarly, Serbian-issued license plates for Serbian-majority Kosovar cities must be replaced with official Kosovar license plates from August 1. These measures are in line with Serbia’s policy towards citizens of Kosovo visiting Serbia, according to Radio Free Europe.

Until now, Kosovo considered number plates with the initials of the cities of Kosovska Mitrovica (KM), Pristina (PR) or Urosevac (UR) illegal, but tolerated their use in the four Serb-majority municipalities. Number plates must now bear the acronym for the Republic of Kosovo (RKS). The deadline for the change ends on September 30th.

For this reason, KFOR has given assurances that it is ready to intervene should stability in northern Kosovo be threatened and has recalled that NATO is monitoring the situation in accordance with United Nations Security Council Resolution 1244 of 1999 ” closely monitored”. .

“The NATO-led KFOR mission is focused on the day-to-day implementation of its UN mandate to ensure a safe environment and freedom of movement for the entire population of Kosovo in contact with all its key interlocutors, including representatives of the Kosovo Security Organizations Kosovo security and the Serbian defense chief,” the unit detailed in the letter.

In this context, NATO has shown its full support for the normalization process between Pristina and Belgrade through the dialogue promoted by the European Union and called on all parties to continue negotiations.

“It’s important that it stays that way. It is essential for peace and security in the region. There will be no real prospects for a better future in the Balkans unless human rights and democratic values, the rule of law and internal reforms are fully respected.” good neighborly relations. Constructive dialogue is key to regional stability,” KFOR added in its letter.

The conflict between the two sides began in September 2021, when Kosovo ordered all drivers entering the country from Serbia to use temporary number plates valid for 60 days, a measure that has been in place since 2008 for drivers who enter Serbia from Kosovo.

Five EU countries, including Spain, do not recognize Kosova’s 2008 unilateral declaration of independence. However, the EU is acting as a mediator in the negotiations between Belgrade and Pristina, which are about the general normalization of relations and the possibility of both countries joining the common bloc.

The EU’s diplomatic initiative, which reactivated the dialogue process in 2020, aims for a binding normalization of relations between the two sides according to international standards, which it sees as an indispensable prerequisite for the European path.