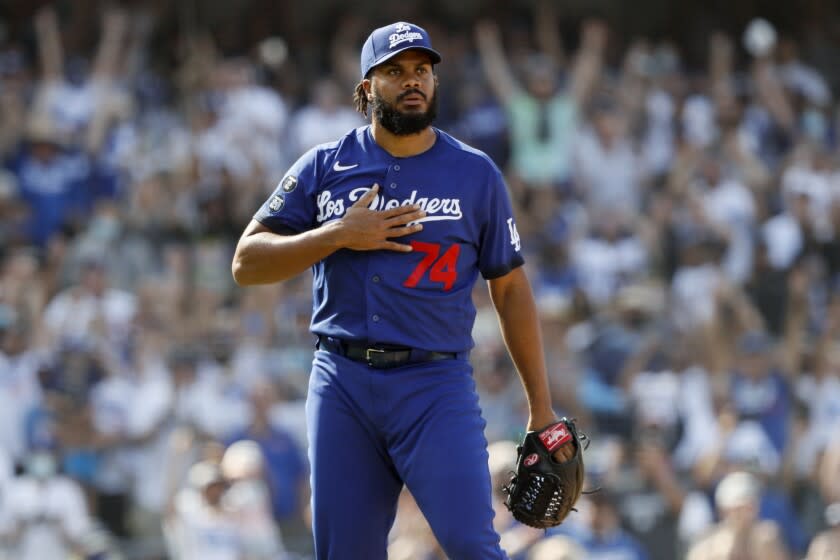 For the first time since 2013, someone not named Kenley Jansen will be the Dodgers’ opening day closer.

Jansen and the Atlanta Braves agreed to a one-year contract worth $16 million, the team announced on Fridayofficially ending his time with the Dodgers after 12 seasons.

Jansen enjoyed a recovery season last year. The right-hander posted a 2.22 earned run average with 38 saves in 69 appearances after, at least by his expectations, three lackluster seasons. Jansen recovered by countering his speed drop with a more diverse pitch mix.

But the Dodgers weren’t willing to pay a premium for a 34-year-old reliever, not even one as important to the Dodgers over the past decade as Jansen.

At the height of his powers — he was the best reliever in the majors in 2016 and 2017 — Jansen almost exclusively threw a cutter. Last season he used his slider and his sinker more than ever. Regaining some of the lost speed helped.

The Dodgers signed Jansen out of Curaçao in 2004 as a catcher. He came to the majors as a reliever in 2010 and became a closer in 2012. Ten years later, he is the franchise leader in saves with 350.