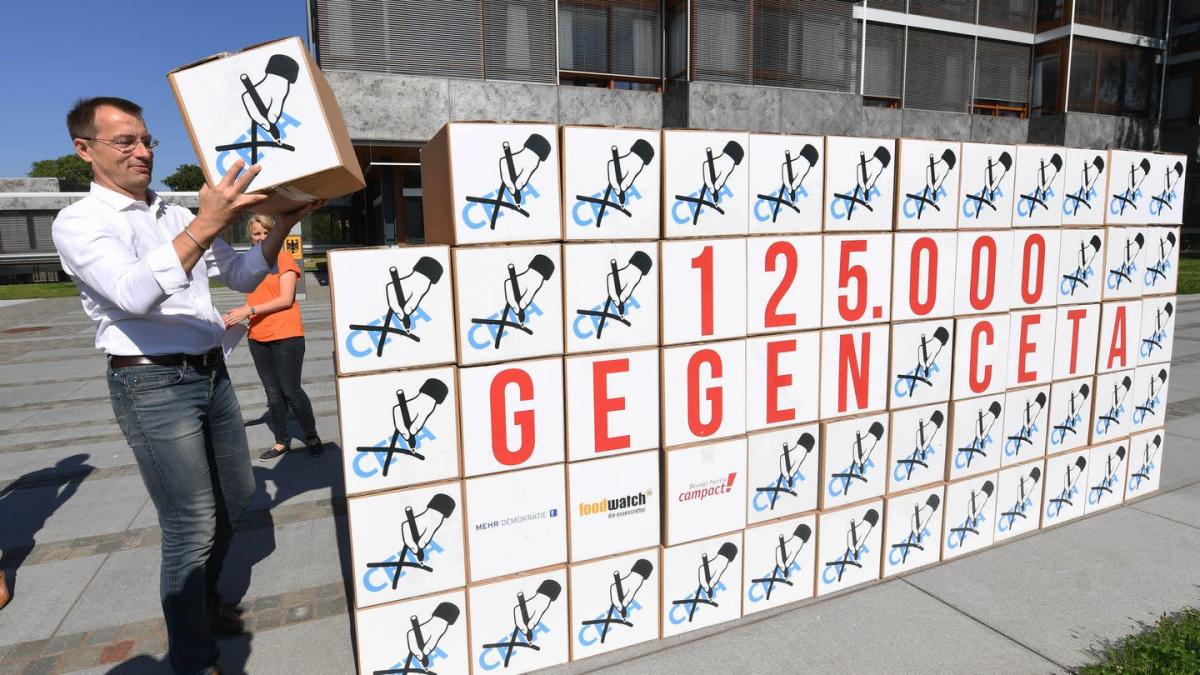 The decision on the provisional application of the October 2016 agreement was not objectionable, the judges in Karlsruhe announced on Tuesday after around five and a half years of proceedings. At that time, they initially gave the green light for German participation in an urgent decision, but put conditions on it.

Ceta has been provisionally in force since September 21, 2017. However, some particularly contentious areas are on hold until the parliaments of all EU member states, as well as Canada and the EU, have ratified the pact. Twelve countries are still missing from the EU, including Germany. Karlsruhe therefore had no opportunity to examine this part of the agreement.

The magistrates of the Second Senate express clear doubts about the planned system of courts and commissions. But it is too early to make a decision. If the stoplight coalition were to ratify Ceta anyway, new demands would be needed in Karlsruhe.

How is the new federal government reacting?

Critics of the agreement had mobilized widespread resistance in 2016: more than 125,000 supporters joined the “citizen demand” of the “No a Ceta” action alliance of the organizations Foodwatch, Campact and Mehr Demokratie. At the same time, a retired music teacher from North Rhine-Westphalia and her husband collected around 68,000 powers of attorney. The plaintiffs fear that Ceta will reduce their political participation rights. Environmental and consumer protection would be subordinated to free trade. The leftist faction in the Bundestag at the time had also complained.

Advocates emphasize above all the broad removal of tariffs and trade barriers. In a meeting with the Prime Minister of Canada, Justin Trudeau, in June 2021, the President of the EU Commission, Ursula von der Leyen, drew a positive balance: in 2019, trade in goods grew by 25% and the services 39%.

The exciting question now should be how the new federal government will react to the Karlsruhe decision. In their electoral program, the Greens had decided not to ratify Ceta in its current version due to deficits in climate, environmental and consumer protection. In the coalition agreement with SPD and FDP it is agreed: “We will make the decision on the ratification of the Comprehensive Economic and Trade Agreement (CETA) after the examination by the Federal Constitutional Court has been completed.”