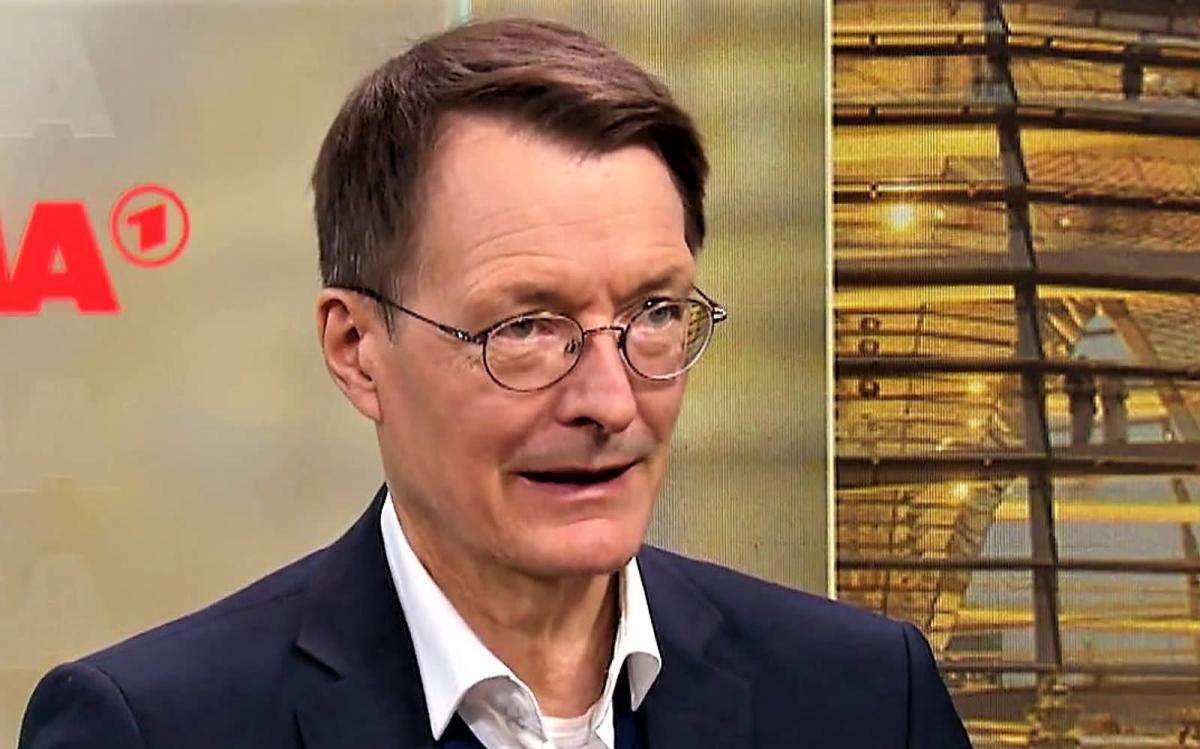 Negotiations on the new Infection Protection Act are ongoing. The draft provides for far-reaching easing, including the obligation to wear a mask. At the “ARD-Moma” Health Minister Karl Lauterbach now commented on the new hotspot regulation and drew attention to the “terrifying events” at the moment.

As spring approaches, the number of corona cases in Germany remains high. On Tuesday, the Robert Koch Institute reported a national daily incidence of 1,585, another high during the pandemic. At the same time, the federal government is advising on the new Infection Protection Act, which will presumably include far-reaching easing. “We are meeting two Karl Lauterbachs,” Michael Strempel began the conversation of him on “ARD-Moma” on Tuesday. One would warn of a difficult winter, the other would negotiate relaxation of the Infection Protection Act. “How do we get these two people together?” the journalist from the Federal Ministry of Health wanted to know.

“Politics is about finding a compromise that has to work,” Lauterbach responded succinctly. She had agreed with Justice Minister Marco Buschmann (FDP). “Countries can now extend the measures they already have until April 2,” the 59-year-old explained. There will be no Freedom Day, the SPD man made clear: “We are not in a position where we can abandon all measures.”

Lauterbach warned that “terrifying events” are currently being observed in Germany, including a high death rate. “Countries must use the new regulation of critical points to have things under control,” demanded the politician in the interview with “Moma.” Lauterbach made it clear that an entire federal state could also be declared a critical point. These considerations are already being made in Bavaria.

“Personally, I think the mask in schools is correct”

However, reporter Michael Strempel remained stubborn and wanted to know why, given the high number of cases, masks were no longer required in schools. “Personally, I think the mask in schools is correct,” Lauterbach admitted. However, it is currently not possible to speak of a nationwide situation, which is why the government is campaigning for a more flexible relocation of hotspots. “Although we have a very high number of cases, we no longer have this heavy load in intensive care units and hospitals. This means that measures at the national level are no longer as justifiable as before,” Lauterbach explained.

Strempel then pointed to the dissatisfaction of some countries regarding the upcoming regulations. The Minister of Health replied: “Now it is not a question of blaming each other who has reason to be dissatisfied, but rather that the countries have to face it”. Lauterbach’s message was that it was time to “get things done and not complain about what was lost.” More changes to the Infection Protection Act are still possible, he said, and he once again took the opportunity to advocate hotspot regulation: “If everyone really uses hotspot regulation, then we can do a lot with it.” .