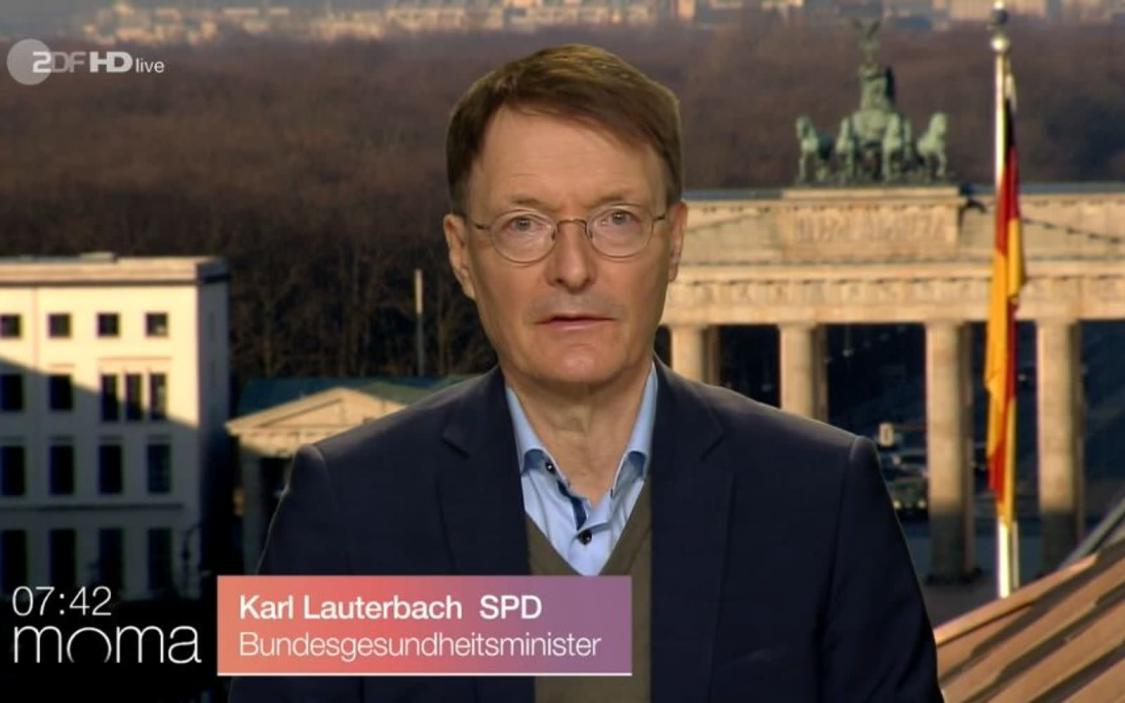 Will all corona measures fall after March 19? Karl Lauterbach commented on this in ZDF’s “Morgenmagazin”. The Minister of Health also commented on the rumors about the Novavax vaccine, which was maligned as “dangerous” on social networks.

This step has already been taken in many neighboring countries: On March 20, almost all corona measures still in force in Germany will be lifted. But now infections are on the rise again. There is even talk of a possible summer wave. So how should things continue in the future? Moderator Harriet von Waldenfels discussed this issue with Health Minister Karl Lauterbach (SPD) on ZDF’s “Morgenmagazin” on Wednesday.

“Certain basic measures continue to be applied, such as the use of masks or tests where vulnerable groups can be found,” Lauterbach explained in the draft that he had prepared together with Justice Minister Marco Buschmann (FDP): “Open everything, that It’s all, of course not intended for.” If the number of cases continues to rise and puts hospital care at risk, further action could be taken: “This is provided for in a so-called hotspot regulation. The federal states can decide this immediately through their parliaments.” Of course, the proposal must first be discussed in the cabinet, with the federal states and parliamentary groups, but: “If that happens, you can work with that so that you can also control the summer waves or the autumn waves.”

“It’s not just about vaccination”

The Minister of Health was less optimistic about the acceptance of the new Novavax vaccine: “Unfortunately, while we were procuring the Novavax vaccine, it was already being criticized on social media and maligned as a dangerous vaccine. There was even speculation that the The vaccine would cause the development of cancerous tumors. Of course, that is complete nonsense!” Therefore, the vaccine is currently hardly in demand: “I hope it will still change,” Lauterbach said. Among other things, they also want to provide the vaccine to more family doctor consultations.

More recently, von Waldenfels spoke about the refugees from Ukraine: According to the Ministry of Health, only a third of them have been vaccinated against Corona. A third of those vaccinated received the Chinese Sinovac vaccine, which is not approved in the EU. “How will you deal with that?” he asked his guest. “We cannot recognize this vaccination, but we will motivate those who come here to get vaccinated,” explained the SPD politician. “A booster vaccination is necessary anyway, so we offer all vaccinations.”

Another problem: other vaccinations, such as against measles or tetanus, are mostly insufficient among refugees from Ukraine. That is why Lauterbach wants to “massively support” the general medical care of refugees in Germany, but also in Ukraine: “It is not just about vaccinations. It is also about good medical care, hospital care, chronic disease care.”