Kais Saied: Tunisians will express their views on the next political system 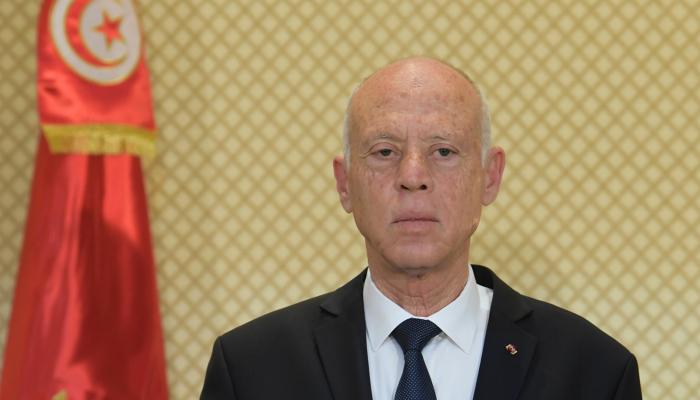 Tunisian President Kais Saied said that everyone will be involved in expressing their views and positions regarding the country’s future political system.

Saeed pointed out that “this will be done before the commission for the formulation of the general orientations of the constitutional reforms begins its work.”

The Tunisian president confirmed that he will go ahead with his plan to hold a referendum on the scheduled date of July 25.

And on Sunday night, Kais Saied announced, on Sunday, a set of presidential decrees, which he considered “historic steps to restore the dignity of Tunisians” and save what was damaged in recent years.

This came during Said’s speech during his presidency of the Tunisian Council of Ministers meeting on the occasion of Tunisia’s Independence Day from French colonialism (1881 – 1956), and the speech was broadcast on official television.

Said issued a decree related to “criminal conciliation to recover the money looted during past regimes”, saying: “The money looted will be returned and distributed in the form of investments in the poorest Tunisian governorates.”

Said also issued a decree related to the creation of civil companies (solidarity institutions) “so that the Tunisian people can establish projects in all governorates and youth be a source of wealth after they rebelled against their abilities and wealth.”

In addition to the above, the Tunisian president issued a decree related to “criminalizing speculation and holding legally responsible those who monopolized the basic and food items of the Tunisian people.”

Saeed said in his speech: “We want to make a new republic based on freedom and justice… We work night and day to put in place legal texts that express the will of the people and put an end to the mess that has affected to the country”, referring to the rule of the Brotherhood.

On Sunday, Tunisians commemorated the 66th anniversary of independence, one of the important seasons in the history of the construction of modern Tunisia, as it embodied the victory of the Tunisian people in a fighting battle that lasted for many decades against the French colonialism, which lasted from 1881 to 1956.