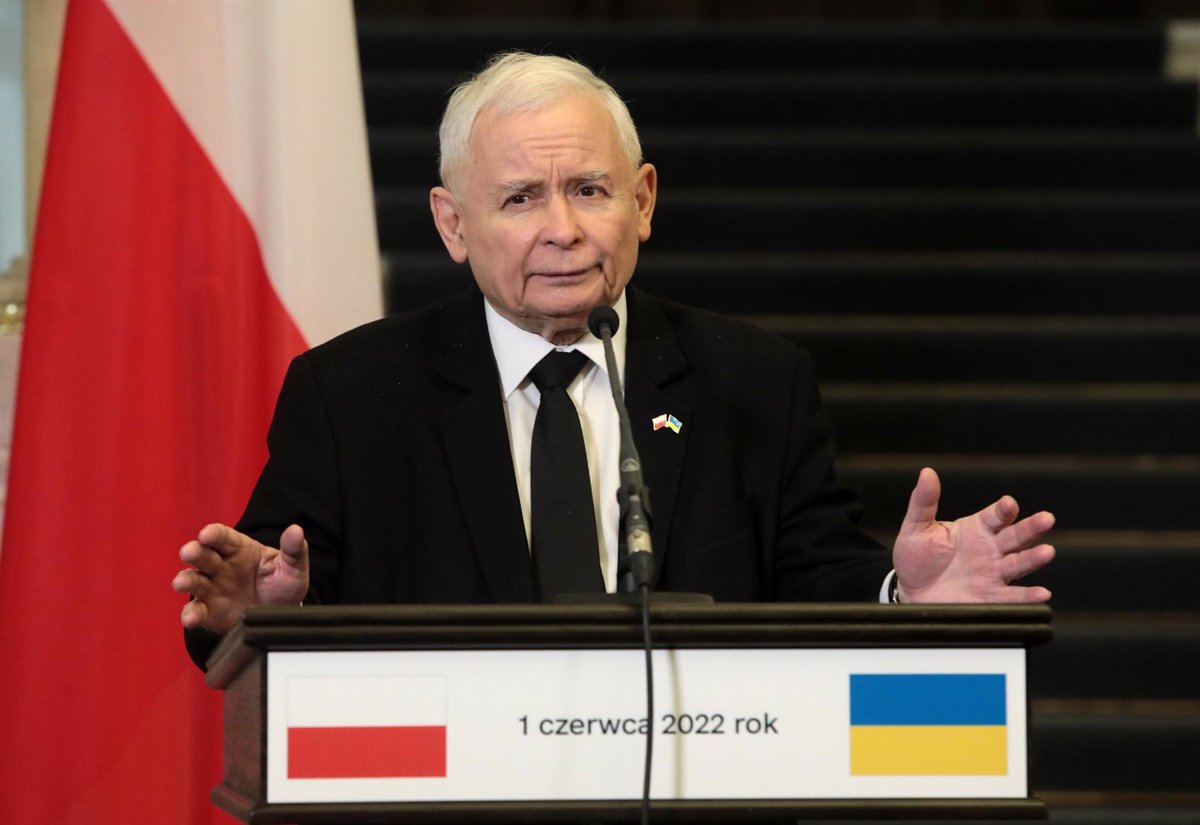 He announces that Defense Minister Mariusz Blaszczak will succeed him

Jaroslaw Kaczynski, leader of Poland’s ruling party, announced his resignation from the post of deputy prime minister on Tuesday after months of speculation that he was giving up the post to focus on the future of Law and Justice (PiS).

“I’m not in government anymore. I submitted the resignation to the Prime Minister (Mateusz Morawiecki) and it was accepted. As far as I know, the President (Andrej Duda) also signed it,” said Kaczynski, who revealed that Defense Minister Mariusz Blaszczak will replace him as Deputy Prime Minister.

Thus, he has defended what was achieved during his tenure as Deputy Prime Minister, acknowledging that “no war was planned” and referring to the Russian invasion of Ukraine, which began on February 24 by order of Russian President Vladimir Putin was unleashed . .

“I think important decisions have been made to prevent Poland from suffering a very difficult fate,” he said, before stressing that Warsaw “wants to arm itself enough to make a possible attack on the country irrational.”

In this sense, he has argued that he should “focus” on “what is most important for Poland’s future”. “It’s not that I overestimate my role, it’s that the party needs to gain energy as the most important moment for each party is approaching,” he said, referring to the upcoming elections.

“The goal in the elections is to get a good result and, when it comes to PiS, to win it in order to exercise power,” Kaczynski said in a statement to Poland’s PAP news agency.

Kaczynski, 72, took over as Deputy Prime Minister in October 2020 and was also responsible for the Conservative government’s security, home affairs and defense affairs. He was Prime Minister of Poland between 2006 and 2007 and is considered one of the key figures in the country’s recent political history.

- Advertisement -
Share
Facebook
Twitter
Pinterest
WhatsApp
Previous articlePinocchio in Mussolini’s day or the war between bears and unicorns: animation is delivered to adults
Next articleAnatomy of PrEP: the heads and tails of the successful HIV prevention pill