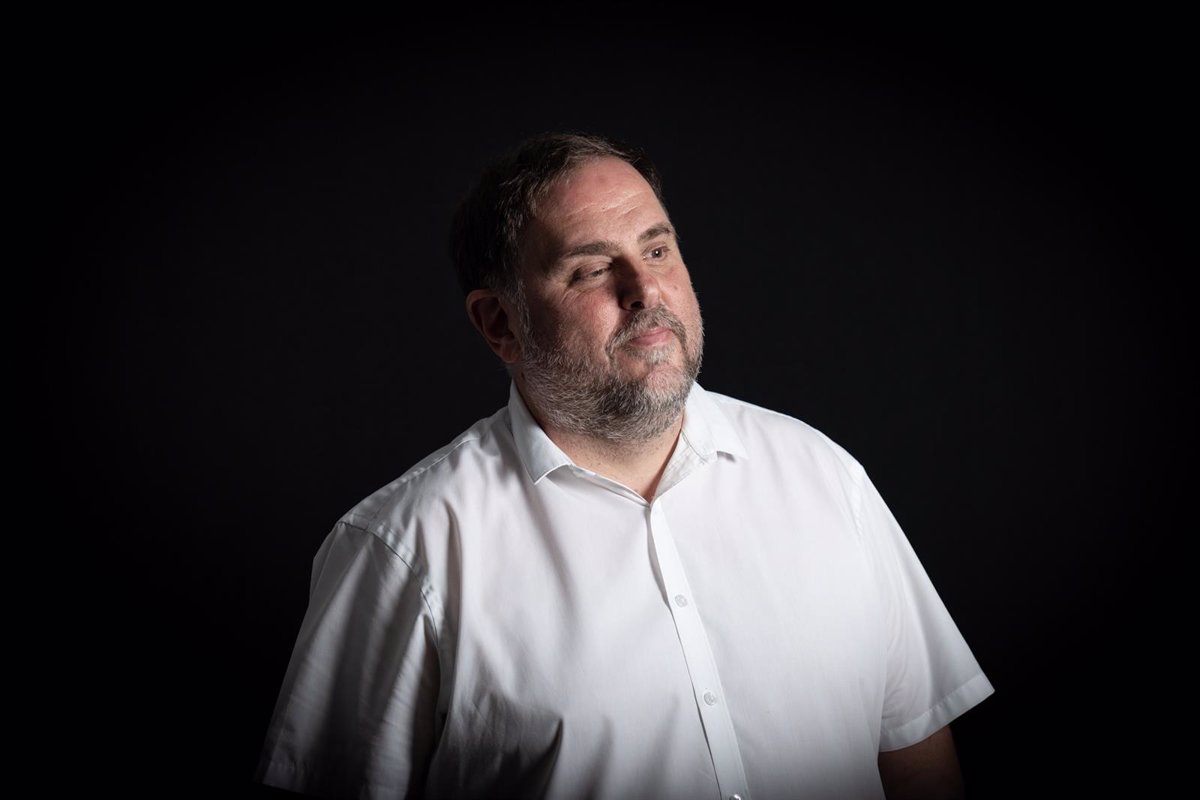 It is open to negotiations on the PGE if progress is made on the rights “in all possible areas”.

Former vice-president of the government and head of the ERC, Oriol Junqueras, has accused Pedro Sánchez’s government of not wanting to reform the crime of hate speech for “political reasons” and sees the possibility of a reprisal after the Supreme Court (TS) rectified and agreed in May to review pardons for 1-O prisoners.

In an interview with Europa Press, he dismissed the central executive’s claim that it could not move forward with sedition reform because there was not a sufficient majority when, in his opinion, there was: “It is not a matter of opinion or belief, it is a mathematical given. We are for math and science in general.”

Asked whether reforming the crime of sedition could facilitate the return of the “exiles”, he assured that this would not be enough as some of them were guilty of rebellion, as in the case of ERC Secretary General Marta Rovira.

Junqueras has confirmed that the Parliamentary Assembly of the Council of Europe and the UN Working Group on Arbitrary Detention have called for incitement to be quelled and believes “it would be good” for the question of whether it should be put on the table for a dialogue with the government to apply to the same address as these bodies and the judicial authorities of Germany, Belgium, the United Kingdom and Italy.

“If the government wants the state to move closer to what all these international institutions dictate, it is obvious that they know what they have to do,” warned the ERC chief at the gates of a new session of the end of next dialogue table Week.

After reaffirming their commitment to an amnesty law and the right to self-determination, he stated that they expect from the dialogue table “anything that will serve to right all the injustices that so many people in this country have suffered, are suffering and seem to be facing.” indicate that unless steps are taken to correct it, it will suffer.

He also pointed out that the TS is reviewing the pardons, on which the President of the ERC believes a prison resumption is possible when asked: “Of course we can, we have seen things that are much more unlawful”.

According to Junqueras, the economic situation, with inflation approaching 10%, makes it advisable to approve accounts “in all institutional areas” when referring to the negotiations that the government will open to approve the General State Budget (PGE).

Despite everything, he added that there must be good budgets and that the defense of civil rights must also be reflected in other areas and decisions: “When everyone works in the same spirit of justice, generosity, efficiency and the defense of rights and well-being of the citizens, we will certainly meet the people who move forward along this path,” he said when asked if the ERC was ready to negotiate the PGE.

On whether the PGE’s negotiations should depend on the outcome of the dialogue table, he said he would trust those who say they want to defend citizens’ rights – in a veiled reference to the Socialists – , and if so, they must demonstrate it “in every possible area.”

“There are situations here that need to be corrected, in all areas: the economy, prices, energy, in all areas. I expect maximum conviction and best attitude from everyone when it comes to rectifying this,” he concluded.