Jungle21: When creativity ends up on the stock exchange 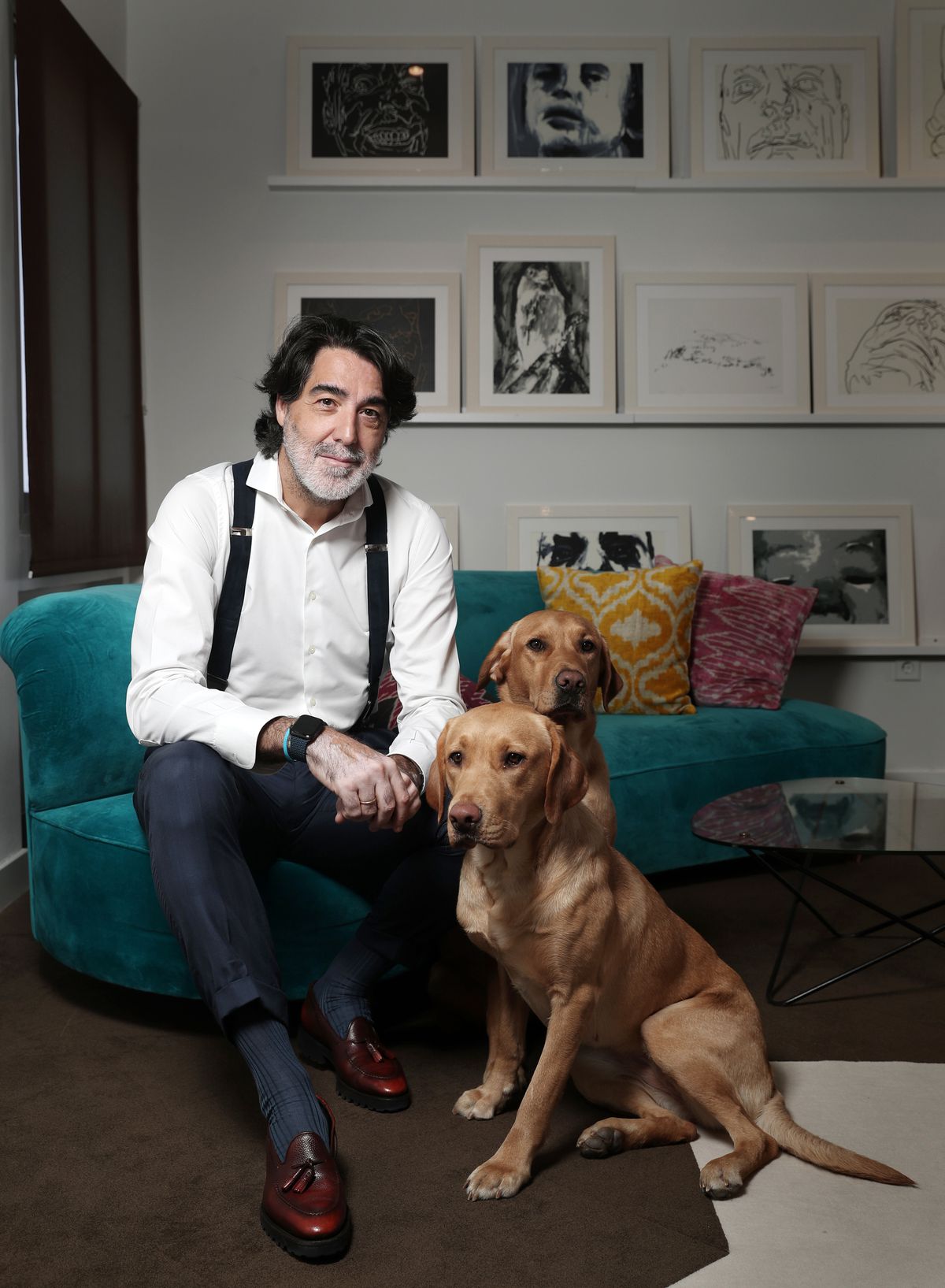 Jungle21 headquarters is located in a privileged area of ​​Madrid, between El Retiro Park and Los Jerónimos Church. Several floors connected by a staircase house a group of different companies: an advertising agency (PS21), a communications and PR company (True), a digital marketing agency (ES3) and a strategic consulting company (Redbility). All packed in a very Cold and peppered with designer furniture. “We are a creative ecosystem”, states its President Agustín Vivancos (San Carlos de la Rápita, 1972) while preparing for the photo session accompanied by his inseparable Labrador Retrievers. “We don’t form any holding company to use, but we have companies with different cultures, independent but at the same time dependent on each other,” he elaborates.

Vivancos, who began his career at Procter & Gamble, is one of the most respected voices in Spanish advertising. After more than 25 years of entrepreneurial activity in the industry, the company crossed its special Rubicon last March with the IPO of Jungle21. He is convinced that by jumping onto the trading floor he will achieve his goal: doubling the size of the company every three years, primarily through inorganic growth.

“Being public gives us several things. Our business is based on people. We live in a high-turnover world where there is a daily struggle to attract talent. Cotizar offers us a tool to strengthen employee retention through the delivery of shares,” comments this business administration graduate with postgraduate degrees from IESE, Harvard Business School and Stanford University. “It also opens up the possibility of opening up new financing channels and that makes it easier to create new companies through different combinations,” he adds.

Although Jungle21’s offices are just over 100 meters from the Madrid Stock Exchange, its naming was not on BME Growth, the national stock exchange manager’s growth companies segment, but on Euronext. “We are a small company, we have to go public and then make capital decisions. Euronext enabled us to enter the market according to our interest, i.e. through a direct listing [sin colocar títulos nuevos en el mercado]. On the other hand, you have to do an IPO to get listed on BME Growth [oferta de acciones]’ argues the President of Jungle21.

Going public without issuing new shares or without one of the current shareholders getting rid of their shares has its toll. Since the premiere, the stock has been completely illiquid and is trading at the same price as on the first day (3.14 euros per share) since there is no trading, and of course with the same capitalization (52 million euros). That’s set to change by the end of this year or early 2023, which is the date the company has set for conducting a capital raise. “It is about an amount between five and ten million euros. We’ll see what we do with those resources because they can grow through acquisitions or serve to inject liquidity into some of the current shareholders,” says Vivancos. Through the Miss Valantine company, the President and Founder holds 91.63% of the shares.

In 2021, Jungle21’s revenue was €10.3 million, up 57%, and net profit increased sevenfold (partly due to favorable tax effects) to €2.2 million. His portfolio of more than 50 customers includes BBVA, Aliexpress, Budweiser, Correos and MásMóvil. “If we’re going to double our size every three years, our sales have to grow at double-digit rates every year. When it comes to net profit, the forecasts are not that accurate because we are in a growth phase and that implies high investments. What we’re aiming for is a margin over EBITDA [resultado de explotación] from 20 %”.

One of the company’s most recent acquisitions was the creative agency Pink, with offices in Madrid and Milan. This operation is the first stone in the company’s international expansion strategy. “In the medium term, we want to grow in Europe, particularly in Italy, France and the UK, although the latter market is very competitive. In the long term, we plan to be present in Dubai and serve the entire Middle East from there,” explains Vivancos, who received remuneration of EUR 149,937 for his work as CEO in 2020 (latest data collected in the IPO brochure).

Vivancos believes that the Spanish advertising industry is in a period of change. “We live at a turning point,” he describes. “On the one hand, there is a generation of advertisers that is retiring, and a new generation is coming in with skills that are applied to different formats and contexts. We live in a world that is much more fragmented in terms of audiences and that requires greater knowledge of them.” The manager is a fervent advocate of creativity. “It’s the most important value of the 21st century and what separates us from the machines.” It is precisely this creativity, he believes, that can set some companies above the rest. “The digital transformation, which is very much needed, only puts you on par with your competition. On the other hand, creative transformation allows you to be different, to be more relevant,” he argues.

The advertising market is gradually recovering after the pandemic, with larger budgets from companies. “We haven’t done any commercial work for two years, but it’s the customers who call us to work with them,” says Vivancos. However, he believes the ad agency industry is still highly fragmented and focused on concentration. “What we see when we analyze companies to buy them is that many of them have a lot of talent, but they don’t have the financial structure or management knowledge to take it to the next level, which they can do with little.” income leaves behind. Therefore, a concentration of talent in this industry is necessary,” he concludes.

A pandemic, a war, a volcano… The advertising market is no stranger to the succession of high-impact events of recent years. “Companies are somewhat more reserved in their communication policy. There are so many misfortunes that depending on which messages are no longer used. What is politically correct prevails and there is less and less humor in advertising, we claim,” reflects Agustín Vivancos.
The President of Jungle21 also reflects on the media dichotomy. “The digital versions of newspapers have a much larger audience, but the newspaper continues to dominate the news agenda and has a greater patina of prestige and credibility. When a customer appears in a paper article, a lot of people call me, if it just appears on the web, not so much.”

Metallica Drummer’s Son Appears in ‘Stranger Things’ Scene: Look Who He Is