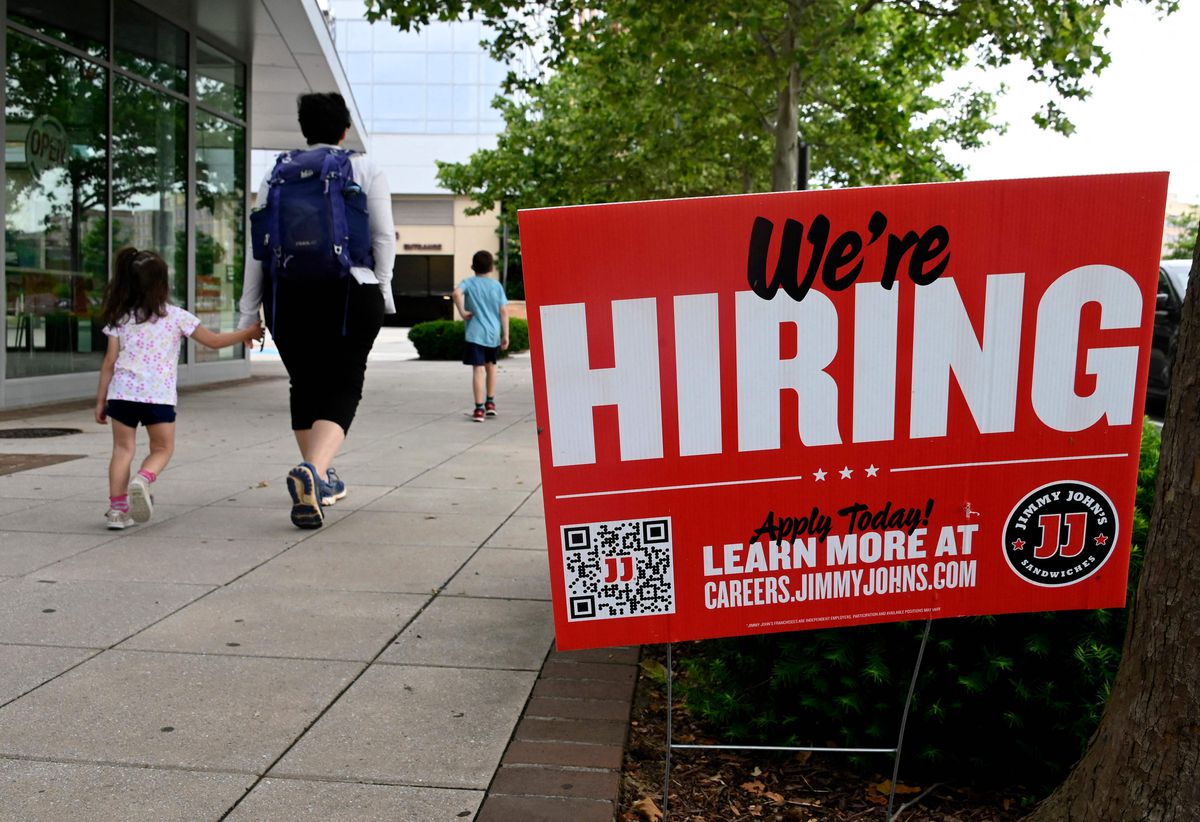 US job market behavior in June exceeded analysts’ gloomy expectations. Job growth was higher than expected and the jobless rate remained close to pre-pandemic lows recorded at 3.6%, the same as in May, signs of continued strength in the job market that the Federal Reserve (Fed) is unanimous about A further increase in interest rates by 75 basis points this month will provide leeway, although according to the monthly report some experts are already expecting a rise of 50 basis points. The good payroll data highlights the imminent horizon of a looming recession, but also complicates the Fed’s task in tackling inflation, which is at all-time highs and a record 8.6% in June.

Nonfarm payrolls rose 372,000 last month, the Labor Department reported this Friday, which also released updated data for May, with a downward revision of 384,000 jobs instead of the 390,000 originally announced. In April, 368,000 were added. Jobless claims rose only modestly from their March low, Nail the unemployment rate at an enviable 3.6% (any figure below 5% is considered good, close to practically full employment). The pay rise was 5.1% in June, compared to 5.3% in May, on a half-year basis.

As the dollar surged closer to parity with the euro, the S&P 500 and Nasdaq indices fell after the data was released. Treasury yields surged higher, but 2-year and 10-year yields remained inverted for a fourth day. The Bloomberg commodities index neared its worst weekly reading since March 2020.

Economists are forecasting a slowdown in job creation to 270,000 in June, according to the newspaper’s forecasts New York Times. People polled by Reuters pointed to 268,000 contracts, according to Bloomberg experts 265,000. Even if the slowdown is taken for granted, economists stress that it is not a cause for concern as the unemployment rate remains at historically low levels and June was another month of wage growth, suggesting firms are still keen to finding and retaining qualified workers. In any case, the good employment data read ambivalently: They allay fears of a slowdown, but make efforts to fight inflation more difficult.

Job creation underscores the stark contrast between job market resilience and recession fears. Labor shortages and employers’ inability to fill millions of vacant positions fuel ongoing wage pressures. Although several large companies announced in June that they would be reducing staff, the layoffs so far have been concentrated in tech-sensitive industries – particularly in tarnishing– and the increase in interest rates, such as B. Housing.

However, consumer spending is already showing signs of some deceleration amid runaway inflation and rising interest rates. Other factors also point to an incipient economic slowdown. Demand for residential real estate has slowed and new housing construction has ground to a halt; The commodity market is in a series of declines, suggesting a slowdown in global demand, and Wall Street has endured its worst first half in more than 50 years.