Judges are drafting Catalonia’s language law because it “blocks” 25% of Spanish in classrooms. 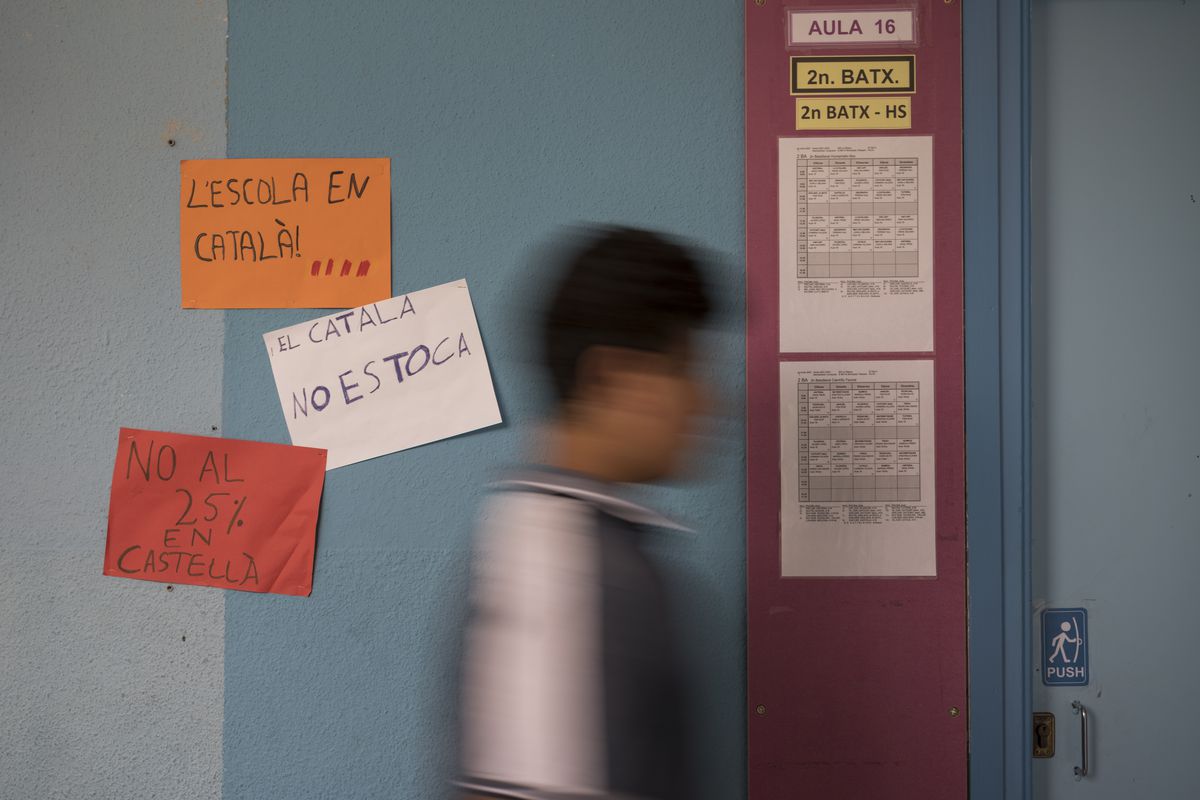 The Supreme Court of Catalonia (TSJC) has decided to bring the new language regulations of Catalonia, approved by the Government and Parliament, before the Constitutional Court, as the only aim of both is to “block” the verdict that the at least 25% of the classes in Castilian Spanish who “misrepresent” the judgment with the sole purpose of committing a “legal fraud” and preventing the re-establishment of “the position of Castilian parallel to that of Catalan”. The judges raised a question of the unconstitutionality of the May 30 regional government decree and the law approved by the Autonomous Chamber on June 9, for alleged violations of seven articles of the Constitution and three of the Statute of Autonomy in force in Catalonia.

The judges published this resolution the day after the dialogue table between the central government and the Generalitat, which agreed on a series of initiatives to defend Catalan and in which the Minister of the Presidency, Félix Bolaños, supported the new law Catalan languages ​​in of Education and the Dejustice of the Catalan Conflict.

The fifth section of the contested administrative chamber of the TSJC, responsible for the enforcement of the 25% penalty, has agreed to raise this question of unconstitutionality to the new government decree, which expressly establishes the “non-application” of percentages in the schools’ language projects and the new law on the use and learning of official languages. Earlier this month, the court upheld the impossibility of enforcing the judgment that had to teach 25% of classes in Spanish because it contradicts new Catalan regulations on the use of official languages ​​in education, which “ “seriously” doubts have been raised as to its validity for vices of unconstitutionality”.

The court’s ruling is that “the model established by both laws [de Govern y Parlament] does not allow to reconstruct the position of Castilian parallel to that of Catalan without committing legal fraud”. In addition: “The will of the Government and Parliament of Catalonia is clear, since the purpose of both regulations is to block the application of the judgment given in these proceedings and therefore to ensure the use of Castilian for teaching purposes in the Constitution acceptable conditions. In this context, an interpretation that ignores such obviousness would betray not only the true meaning of its provisions, but also their purpose and ultimately the will of Parliament.”

For this reason, they decide to take the rules to the Constitutional Court, believing that it could only be possible through a “misrepresentation” of the laws passed in Catalonia, these and the judgment that passed 25% of the Castilian , to harmonize. The judges themselves summed it up like this: “

In short, the linguistic model based on a preferred language that Legislative Decrees 6/22 and 8/22 impose blocks the execution of the judgment imposed in this procedure, since it is not even possible to maintain the established percentage of vehicle presence at its enacting part, nor is it possible to establish in any other way a guarantee for the use of Spanish as a normal lingua franca, since this is a condition denied by both legal norms of this language”.

The decision underscores that the Generalitat used “arbitrarily” and “abusively” its legislative powers to postpone Spanish classes, block legal action and circumvent a new legal framework in place at the time of the sentencing 25% in Spanish. Both the Public Prosecutor’s Office and the Attorney for the Generalitat have supported the presentation of this question of unconstitutionality.

Previous articleWarburg-Bank scandal – diabolical plan
Next articleHombres G, on the culture bonus: “We’ve never been subsidized in anything in our lives”