Juanma Moreno: a win against everyone 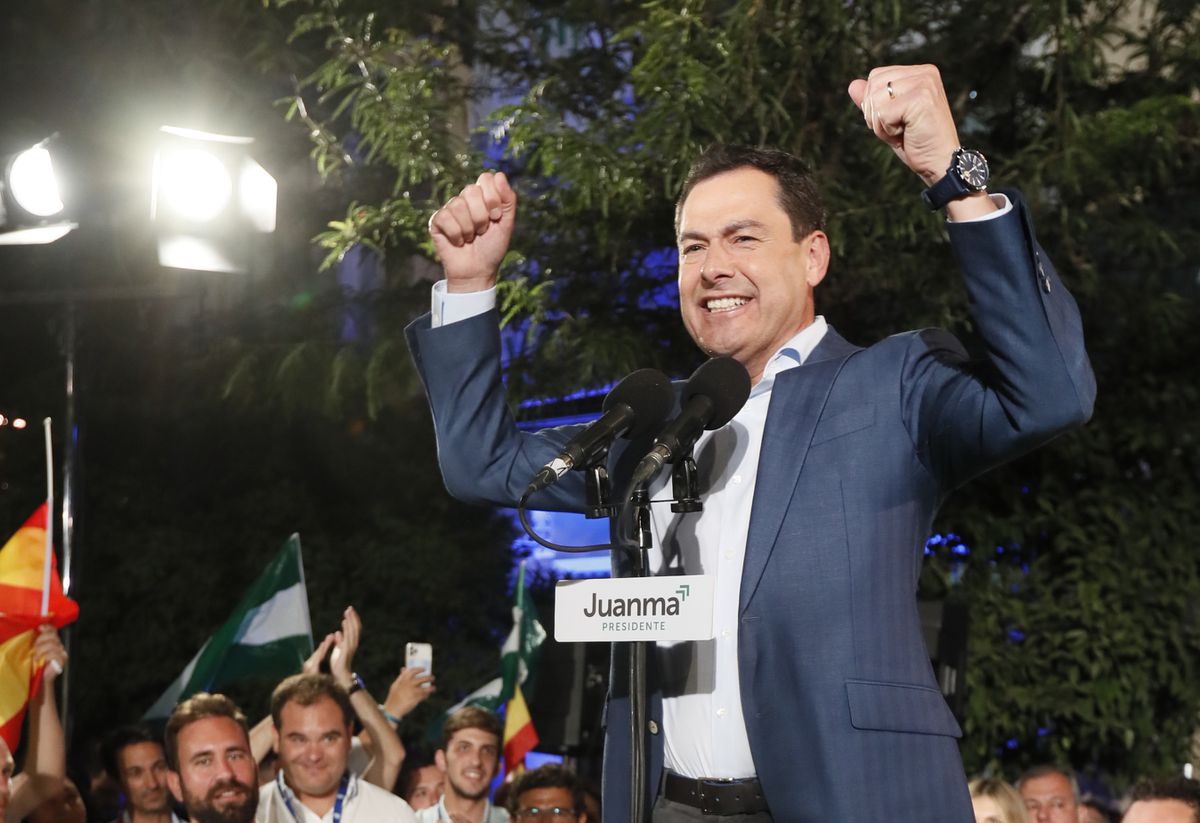 I am writing this urgent chronicle of the Andalusian elections, when the counting of the votes is practically complete and the defining features of the emerging political context in this autonomous community for the next legislature emerge with crystal clear clarity. We must begin by examining the unqualified victory of the Popular Party, which has surpassed all demographic forecasts, dramatically increasing the number of seats in the previous legislature (from 26 to 58) and achieving the best results in its history in the Andalusian elections Has. Indeed, once the question of whether he would achieve an absolute majority is settled, Juanma Moreno is in a very comfortable position to revise his position as Chairman of the Board and, more importantly, to do so alone. A valuable contribution to the success of the popular comes from the hand of the sinking of Ciudadanos, from which it benefits directly. This formation, as a coalition partner in the previous executive, loses its 21 deputies and is deprived of its parliamentary representation, which implies the signing of its political death certificate.

No less important is Vox’s subtle increase in seats, up just 2 to 14. He strengthens his chosen substrate, but imperceptibly. Macarena Olona’s disastrous campaign did an invaluable service to the people’s cause, which along with the “Feijóo effect” served as a major stimulus to win back conservative votes. In this context of Vox’s stagnation, the overwhelming victory of the PP relieves Moreno of the heavy burden that would have meant approval by the extreme right and his incorporation into the Andalusian executive.

On the left flank, the panorama is deeply bleak and not very encouraging. The Socialist Party, led by Juan Espadas, despite losing “only” two seats, failed to take off, let alone embark on a path to regaining its former electoral glory. With a young and not yet consolidated leadership, Juan Espadas has the legacy of 37 years of socialist governments at the helm of the board against him, without the “Sánchez effect” – despite the remarkable commitment shown by the president during the election campaign – has contributed positively . The end of the political cycle that started with the previous regional elections is unequivocally confirmed, implying the need for in-depth reflection for the future.

For Andalusia, the coalition formed by Izquierda Unida, Más País and Podemos (who joined as independents) is seriously in doubt, not exceeding 5 seats and far from the 17 achieved in the previous legislature when they merged with Teresa Rodríguez (then head of the Podemos brand in Andalusia). Precisely Rodríguez, supported by her new political formation, Adelante Andalucía, participated alone and won two seats, which is very commendable on the left stage. The lesson we definitely need to learn is that dividing this political spectrum clearly penalizes election results, confining them to less than satisfactory conditions.

A new political era is dawning in Andalusia, with a consolidated and victorious mainstream party, Vox, being deprived of the ability to influence government action, and facing a divided left that is revealing a limited ability to unite its voters.