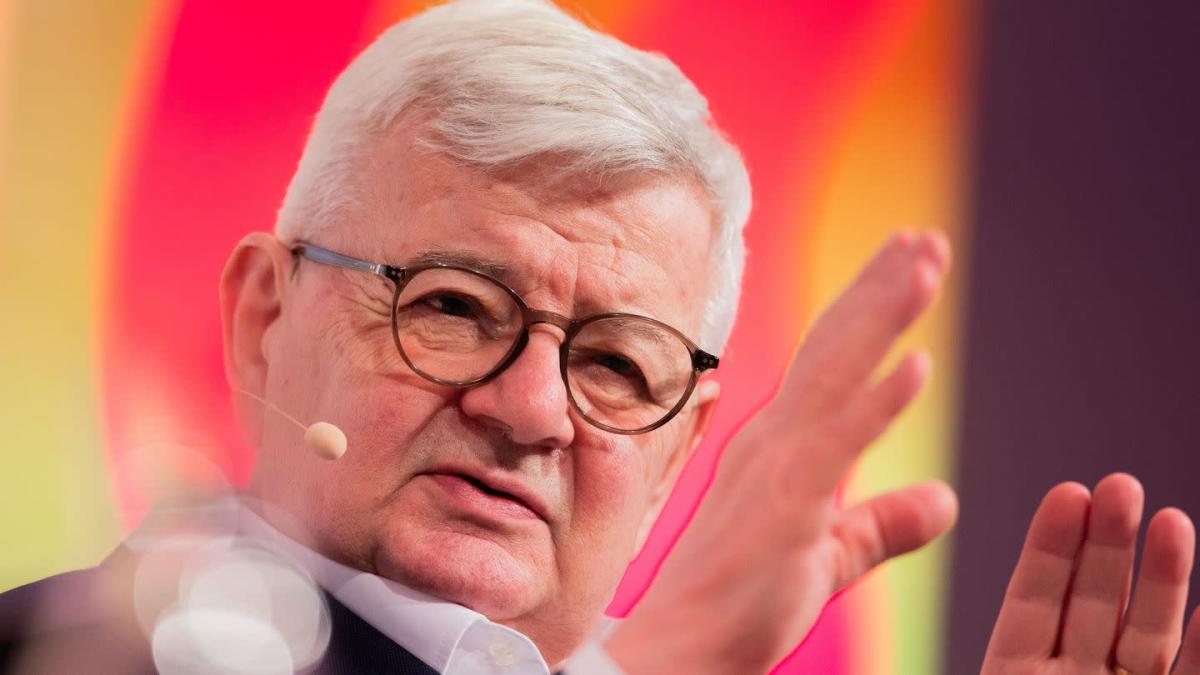 In an interview with the German Press Agency, the 73-year-old former chancellor discussed Putin’s motives and war goals, the challenge to the West, the role of the EU and China’s position. The former politician and vice-chancellor of the Green Party also takes a stand on the controversial issue of whether the West has cheated Russia with NATO’s eastward expansion.

The former foreign minister in an interview

Question: Mr. Fischer, what are Putin’s war goals? Does he “only” want Crimea and the two regions of Luhansk and Donetsk in the east? Or does he want the whole Ukraine?

Question: So you are saying that he wants all of Ukraine because he wants to restore a kind of Great Russian Empire?

Answer: For him, the humiliation caused by the dissolution of the Soviet Union was the greatest geopolitical catastrophe of the 20th century. I think you have to take it seriously. That is the core of his view of his world. Reviewing this is the task that he has set himself. Russia is a revisionist power that wants to change the status quo, as it has been developing since the late 1990s, in its favor, including through the use of military force and aggression.

Question: How should the West deal with this?

Answer: I think it is wise to look at the reality: Russia is one of the great nuclear powers. This means that we must be decisive on the one hand, but also cautious on the other. In this regard, I think NATO’s approach is quite correct in saying: not an inch of NATO territory, but we will not seek a direct military confrontation on Ukrainian soil.

Question: Now the war is obviously not going as Putin had imagined.

Answer: Ukrainians are heroically fighting for their country, Putin did not expect that. What he also failed to take into account is the determination of the West. One of the most difficult issues to resolve in the old EU was that of refugees. Today, however, the borders are open and there is a great willingness to accept people, whether or not they are members of the EU. The Europeans have understood that it is against us as a whole. And it was not only the political elite that understood that, it was above all the people who understood it. This is a very important experience! This sense of togetherness must be expanded and used for the future, including Eastern Europeans.

Question: You mentioned the keyword EU. Is the Ukraine war the big push for European integration?

Answer: This is a caesura. The EU will have to evolve from a common market to a geopolitical actor. Solo: That will require a reshaping of the head and limbs. The EU in its current form cannot handle that. But the most important obstacle was Germany, for historically understandable reasons. However, that blockage is now gone, making it realistic for this transformation to take place.

Question: Does that mean that the common foreign and security policy is finally becoming a reality? Perhaps even the European armed forces?

Answer: We can see that it will not work without military force. In this regard, the decisions to be taken by the Bundestag are of crucial importance. The experiences that are now being made are very, very important for the emergence of a new EU. In the Atlantic region there will also be a lot of reorganization. With a stronger Europe, commitment will increase rather than decrease from the other side as well.

Question: Many people are worried that the war in Ukraine could degenerate into World War III. How justified is that?

Answer: I say determination plus caution. Both the US side and NATO and the EU, as well as the German and French governments, know that caution has nothing to do with cowardice, but that every step should be weighed carefully.

Question: Years ago you said that Putin was the opposite of a lunatic. Does this evaluation still hold?

Answer: I am not a psychologist. And it’s been many years since I last saw him in person. I do not know.

Question: In any case, it’s crazy that everything depends on one person now, isn’t it?

Answer: That is the nature of autocracies. Restoring trust becomes infinitely difficult. Without a democratic revolution it will be almost impossible.

Question: Does that mean a new Cold War is coming?

Answer: The Cold War in Europe was characterized by maintaining the status quo. What we are seeing now is not a Cold War. It is the revision of the existing order. Russia has become a revisionist power under Putin.

Question: How do you see the role of China? Do they go through thick and thin with Putin or are they losing patience with him?

Answer: The difference between Russia and China is that although they are both authoritarian regimes, the Chinese live in the 21st century while Putin has turned back. He is more of a late 19th and early 20th century figure. That is where the crucial difference lies. And that’s why I also think that China will not stick to him in loyalty to the Nibelungen. If you look at Chinese interests, dependence on US and European exports, China is not going to play an irresponsible game of chance here. But you have to be careful. I think there is a possibility that Sino-Western relations will have a new foundation. But there is also the danger that China will question everything with a misunderstood solidarity with Russia. I think the United States made that very clear at the meeting in Rome a few days ago.

Question: There is a lot of discussion at the moment about whether the West has broken a promise to Russia with NATO’s expansion to the East. Do you have this?

Question: How is the war going?

Answer: I cannot foresee the end of the war. We will have no choice but to wait.

Joschka Fischer, born in 1948, was active in the student movement and became radicalized there. In 1982 he joined the Greens and in 1985 he became Minister for the Environment and Energy in Hesse (“sneaker minister”). From 1998 to 2005, Fischer was Foreign Minister and Vice Chancellor of Germany. During this time he made the decision to participate in the NATO mission in the Kosovo war and not to participate in the Iraq war (“I am not convinced”).