Jorge Vilda: “We have a Spain with a great future” 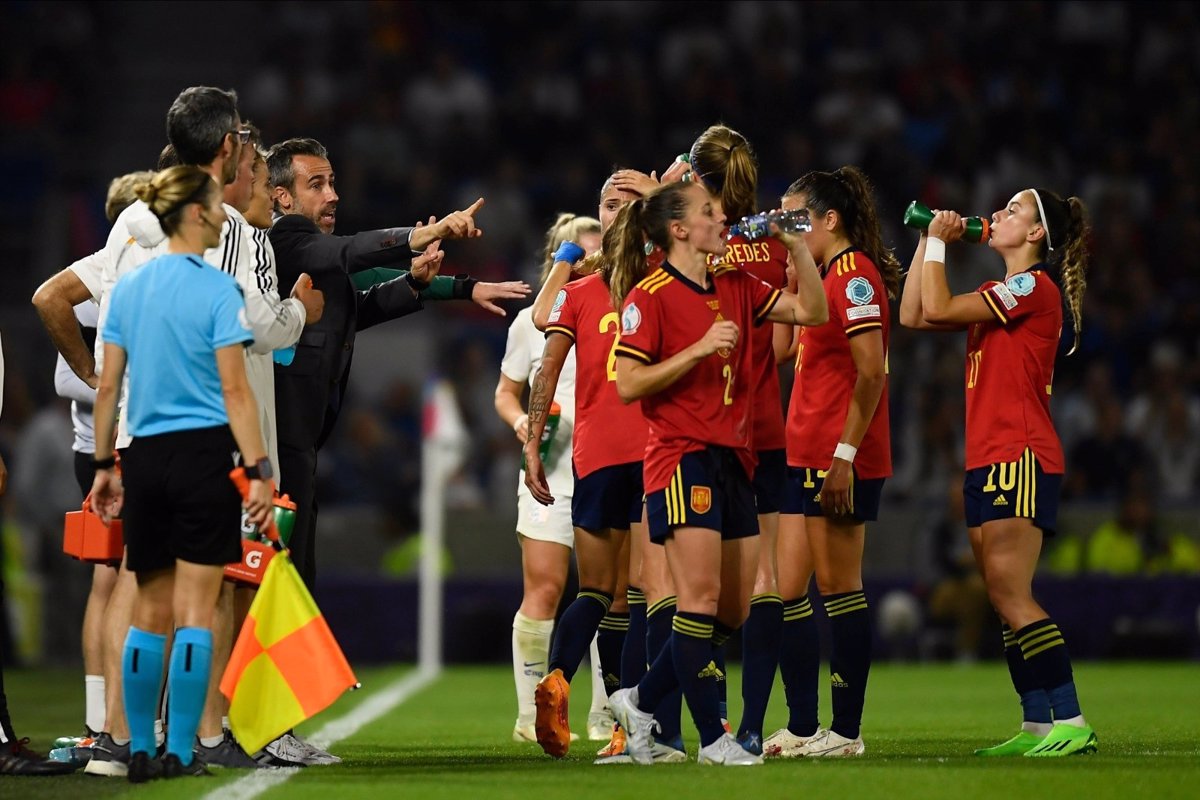 Women’s national team coach Jorge Vilda confirmed a “bitter taste” for elimination at Euro 2022 this Wednesday against England in the quarter-finals, looking positively at the bright future he sees in his side.

“The taste is bitter because the loss was like that and we’re leaving this championship. If there’s a good way to lose, it’s by playing the game my players played today,” she said at a press conference after 2 1-1 win at Brighton.

The Spain coach revealed what he said to his players after the extra-time defeat despite putting Esther González ahead in the 54th minute. “I told them that both I and everyone are proud of what we saw on the pitch. They dropped everything, they tried everything, it wasn’t possible, we have to go with our heads held high,” said he .

“We’ve had a team for a long time, we have a Spain with a great future, from what we’ve seen in this European Championship and what’s coming from below. We have to digest it and try to improve and we hope that in of the future is the case.” Future when we have an important moment, the headwind and these setbacks that we’ve had since we started concentrating,” he added confidently.

Vilda didn’t want to talk about the controversy at the 1-1 draw in England where Irene Paredes was elbowed. “You have seven minutes left and you think about what can be done to avoid conceding. At that moment, a cross and they equalize you. I didn’t see it clearly from the bench. Beyond that, that’s what we’re left with good performance from the players and what’s in store for us in the future,” he said.

“We scored the goal, we lost the ball, they came in dangerously and we brought out players who could help us more. They all did well, we would have liked to have had more possession, the key would have been to score the second goal.”

Previous articleAitana Bonmatí: “Our goal was to make history, we can go much further”
Next articleElectric car company: Tesla can almost double its profits