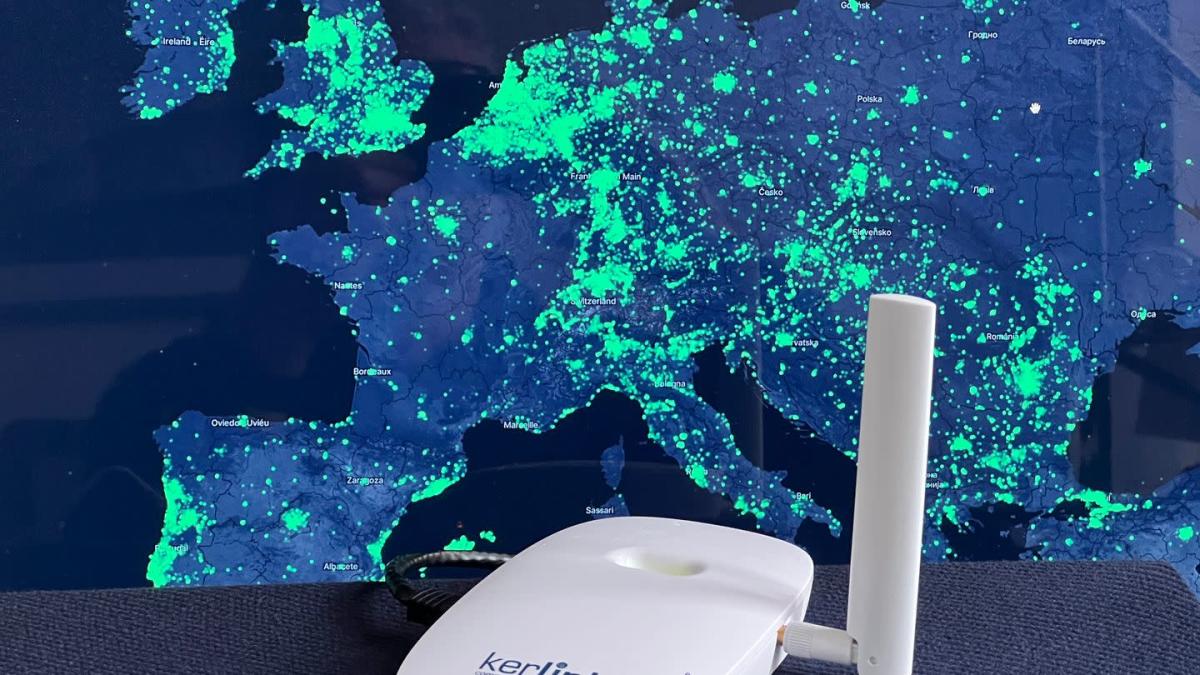 San Francisco/Düsseldorf (dpa) – When it comes to the “Internet of Things”, there is a gold rush climate. According to estimates by market experts, more than 15 billion euros were spent last year alone to interconnect everyday objects with the Internet and with each other.

The spectrum ranges from smart dog collars to beverage vending machines and a shipping container, from networked street scooters to a heating thermostat to a sensor in a public dumpster that independently reports by radio when it needs to be emptied. .

But the golden future is yet to come. While the potential of new smartphone contracts for human users is slowly being exhausted, the growth curve of the “Internet of Things” (IoT) points strongly upwards. Annual growth of 20 percent and more is expected. Meanwhile, not only conventional telecom providers are competing for the future market, but also new players. Unlike Telekom or Vodafone, they do not seek luck in the licensed radio waves of LTE and 5G, but in the free frequency spectrum of 868 MHz. For “LoRaWAN” (Long Range Wide Area Network), which can cover distances of several kilometres, it is not necessary to buy radio licenses at auction.

The helium network is growing fastest in this area. San Francisco company Helium Systems was co-founded by Shawn Fanning, who brought the music industry to the brink of collapse with Napster in the early years of the Internet. Like the Napster music file-sharing service, Fanning relied not on centralized structures for Helium, but on the power of the decentralized masses. Most of the portals that connect the Helium radio network to the Internet are not operated by associated companies, but by private individuals. That is why Helium describes itself as “The People’s Network”.

But why should volunteers join Helium? The answer is simple: money. The network attracts competitors with HNT cryptocurrency tokens. It can also be exchanged for dollars or euros. For one HNT token you currently get around 20 euros.

When HNT is “mined”, no power-intensive arithmetic operations are required to maintain the system, as is the case with Bitcoin. A helium catwalk does not need more electricity than an energy-saving lamp. You also need an Internet connection. On the one hand, gateway operators are rewarded for mere network coverage (“Proof of Coverage”). In addition, they share in the profits that Helium’s commercial customers, such as scooter company Lime, pay for the transport of their data.

The prospect of a steady stream of income has caused a helium leak in recent months. The network now consists of more than 650,000 access points in around 47,000 cities and 164 countries. The compatible gateways, which cost around 500 euros, are currently almost sold out. The small remaining stocks are offered at horrendous prices on Ebay, which in most cases makes helium mining unprofitable. Big cities like New York, London or Berlin are now so well covered that volunteer miners compete with each other, which reduces the income of each individual. In good peripheral locations without much competition, however, you can get HNT tokens worth 20 euros a day or more.

Meanwhile, the potential of helium has been spread not only among individuals who definitely do not want to miss out on the next big thing on the crypto scene. Venture capitalists and business network operators are also electrified. Well-known names like Khosla Ventures, First Mark Capital, Munich Re Ventures, and GV (formerly Google Ventures) are on board as investors in Helium.

In Germany, the Düsseldorf transmission network operator Uplink Network has discovered the new network for itself. In reality, the company mainly operates antennas and transmitters for broadcasting. In the meantime, however, Uplink also deals with helium gateways and antennas and offers complete solutions for radio data transmission projects.

Uplink boss Michael Radomski hopes that role models from abroad will also set a precedent in Germany. In Amsterdam, for example, Schiphol airport uses LoRaWAN technology to track baggage and cargo. In Lyon, the flows of visitors in museums and department stores are measured with it. And in Schaffhausen in Switzerland, the city administration uses technology to control parking spaces. The LoRaWAN Helium network is significantly cheaper than data transmission with classic mobile communications. “We’re helping to ensure that helium grid access can be used more cheaply and easily,” says Radomski.

Traditional mobile operators don’t want to hand over the Internet of Things to companies like Helium or Uplink without a fight. Hannes Ametsreiter, director of Vodafone Germany, sees his company in a good position to compete: “The number of machines, robots and sensors that we network is increasing by more than 20 percent every year. More than 140 million objects are already streaming on our network.” As an international telecommunications group, your company can offer global services in the Internet of Things. This is of great importance, for example, for logistics companies that interconnect containers or parcels. “Licensed networks bring the highest possible quality and security to the Internet of Things.”